So much for a friendly! Barcelona and Real Madrid stars BRAWL during their pre-season clash in Las Vegas as Vinicius Jr and Rodrygo shove Sergio Busquets before Antonio Rudiger and Ronald Araujo steam in

The La Liga rivals met as part of both sides pre-season preparation in the US, but tempers boiled over during Barcelona’s 1-0 win.

Just before the break, Vinicius Jr. was cynically scythed down by Jordi Alba during a trademark run and it did not go down well with the Brazilian. 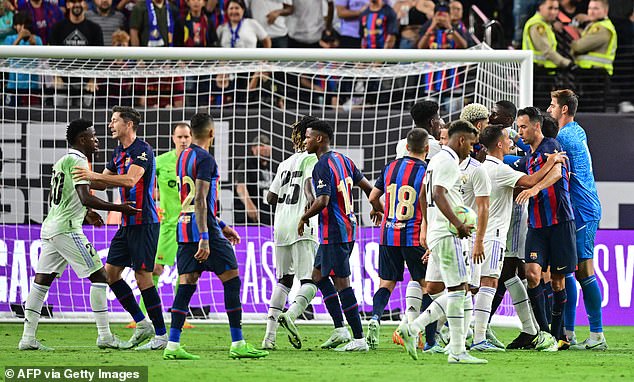 Vinicius Jr. wasn’t happy with a tackle from Jordi Alba and sparked a brawl between the sides 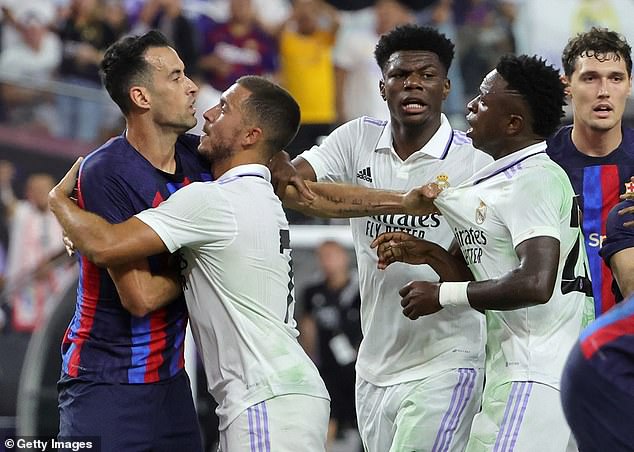 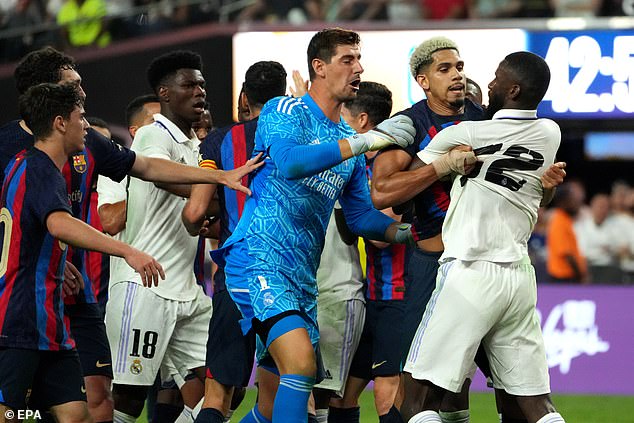 The Real Madrid star and team-mate Rodyrgo got into a tussle with Barca’s Sergio Busquets over the tackle, that sparked into a fracas involving a number of players pushing and shoving each other.

Madrid’s new recruit from Stamford Bridge Antonio Rudiger was also involved in the squabble between the two El Clasico rivals, and got into a bit of a scrap with Barca’s Ronald Araujo. 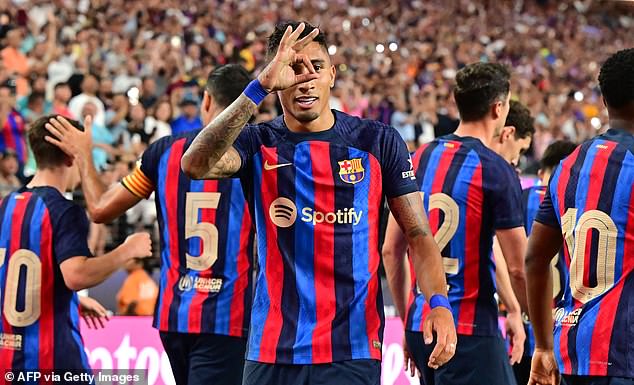 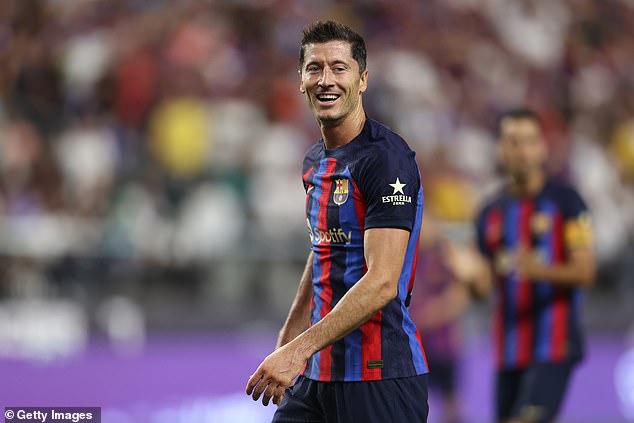 A crowd of 61,299 fans packed into the Allegiant Stadium in Las Vegas, to see Barcelona get the better of their old rivals.

The match winner coming from Barca’s new signing Raphinha, who hit a stunning strike into the top corner midway through the first half.

Robert Lewandowski made his first appearance in Barcelona colours, however Real were still without talisman Karim Benzema.

His absence was felt too, as Carlo Ancelotti’s men failed to register a shot on target, despite boasting a team featuring Hazard, Vinicius and Rodrygo.