Pierre-Emerick Aubameyang’s future at Arsenal is in fresh doubt after he was dropped from their 3-0 win over Southampton because of a disciplinary breach.

It is understood that the striker returned late from a trip abroad earlier in the week that he took with the permission of the club.

Mikel Arteta repeatedly refused to be drawn on the incident after the match, including questions of whether Aubameyang would now be stripped of the captaincy, but ahead of kick-off the Arsenal manager took a firm line. 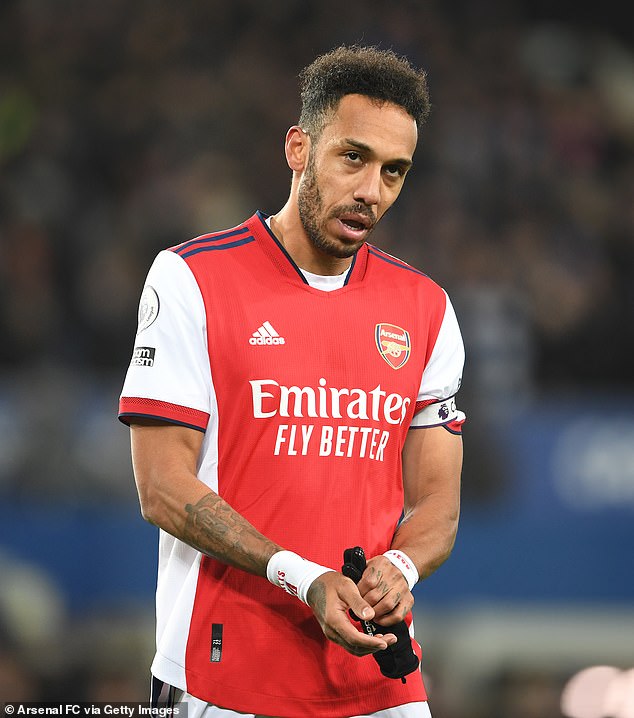 He said: ‘Unfortunately, (Aubameyang has been left out) due to a disciplinary breach. I think we’ve been very consistent with no negotiables as a team that we have set ourselves as a club, so he’s not involved today.

‘Certainly, it’s not an easy situation, a situation that we want our club captain to be in.’

The saga comes after Arteta was forced ahead of the game to deny a rift with the 32-year-old, whose difficult season has so far yielded only four goals in 14 games and saw him used only as a late substitute in their previous clash with Everton on Monday. It is believed he was back in training on Thursday, but was not present at their London Colney HQ on Friday. 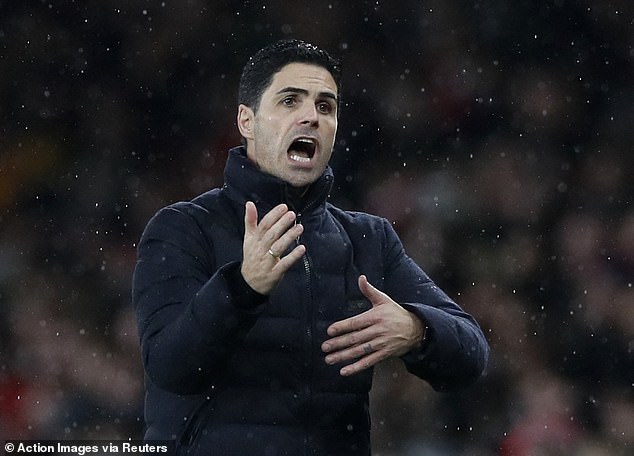 Arteta refused to fully answer seven press questions related to Aubameyang in the wake of the demolition of Southampton, which was secured through goals by Alexandre Lacazette, Martin Odegaard and Gabriel.

When asked if he Aubameyang would remain captain, Arteta said: ‘Let’s talk about the game guys. I try to explain to you what it was and I did it frankly and I am not going to say anything else.

‘I am going to focus on the performance and what the team did on the pitch.’ 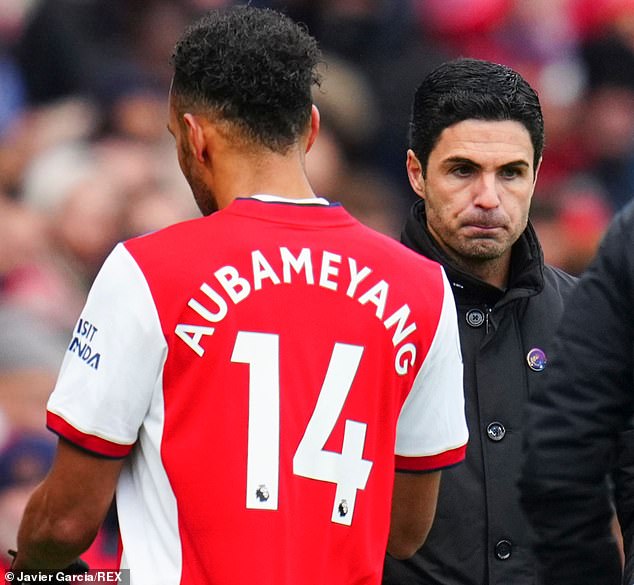 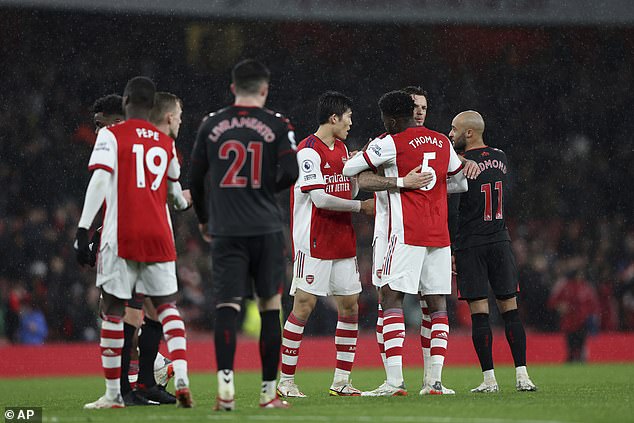 Aubameyang was also dropped for the derby clash with Tottenham in March for disciplinary reasons.

On the 3-0 win, which followed two defeats, Arteta said: ‘The first 15 minutes we started the game a little bit nervy and we gave some difficult balls away. After that we picked up the rhythm, we scored a really good goal and started to dominate the game.

‘I think we did really well and after a defeat it is always good to get a performance like that and a result.’