Fans group Villans Together have set up a brand new Aston Villa supporters’ club in a village in northeastern Pakistan.

Villans Together co-founder Saqib Taj, who lives a stone’s throw away from Villa Park, has just returned from the rural outskirts of Kallar Saydan, near Rawalpindi, where he created the fans group after travelling to Pakistan for family reasons.

Aided by donations of kit and equipment from the Aston Villa Foundation and local clothing company Luke, Taj found himself introducing some of the villagers to the game of football for the very first time after getting in touch with a team of local outreach workers.

He even managed to put on a coaching session with the help of Asad Munir, an ex-player from nearby village side Lucky Stars, before arranging a friendly game against a team of players from another village.

Speaking to Sky Sports News, Taj, who is currently self-isolating in line with government guidelines, said: “It’s a hard knock life in and around the village and the local area. There is immense poverty, many children have to work from a young age, and there is very little by way of facilities, equipment and organised team sport. 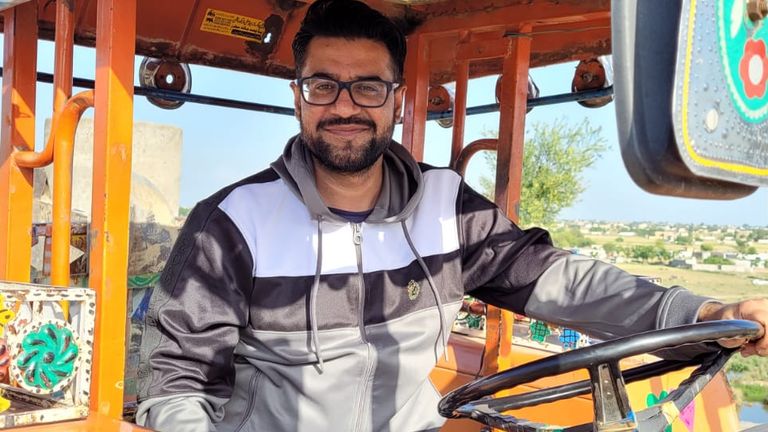 “I was struggling to fit all of the generously donated items into my luggage but all of the shirts, shorts and jackets that I took with me went down a treat in the village.

“There were a lot of smiling faces in the village. I think the whole experience really made people feel valued and part of the football family. It will definitely create more interest in my beloved Aston Villa and will also help attract new people to the game.

“But this is just the beginning. There is a lot more to do and Villans Together’s work will continue in Pakistan.”

Villans Together are supported by the Fans for Diversity campaign, a jointly-funded initiative led by the Football Supporters’ Association and Kick It Out that promotes diversity and inclusion in football.

The group are former Part of the Pride award winners, and founder Nilesh Chauhan was one of 11 local heroes named by Aston Villa as a Community Champion in 2019.

Chauhan told Sky Sports News: “The global pandemic has disrupted our plans to spread the Villans Together message and the Aston Villa way to India and Pakistan, which is where my family and Saqib’s family come from.

“Aston Villa have changed our lives in a positive way. One of the main reasons we started Villans Together was to spread that message of positivity to other parts of the world where they desperately need hope and optimism.

“Football has the capacity to be such a powerful vehicle for that. We are committed to building on our initial work in South Asia.”

For more stories, features and videos, visit our groundbreaking South Asians in Football page on skysports.com and stay tuned to Sky Sports News and our Sky Sports digital platforms.