Anita Asante, who won 71 caps for her country, believes the increased profile of the women’s game is bringing tough new challenges, especially regarding social media. 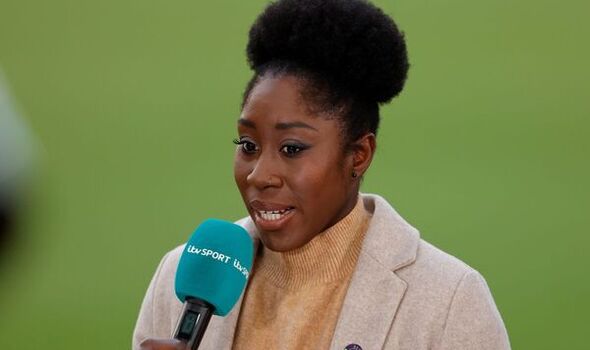 The 37-year-old said when she joined Arsenal as a teenager it was like playing for a Sunday league team, and that environment forged strong characters. But today’s players are highly paid professionals who have become high-profile celebrities, and Anita fears that could turn out less resilient individuals.

She says clubs and the FA need to do much more to support players in dealing with success and the growth of social media.

“I think we were humble,” she said. “But being treated as some sort of a celebrity can change how people are.”

The former defender hung up her boots last season after a career that saw her win four FA Cups, a host of league titles and a European cup. She also represented Team GB at the 2012 Olympics. She is involved in the BBC’s coverage of the Euros currently being played in England.

Asked about the modern game Anita said there is still a long way to go before any sort of parity in the sport is achieved.  She said: “We often hear comparisons about the men’s and women’s games when they are in completely different places.

“When I started out at Arsenal it was like a Sunday League team,” she said.

“We trained twice a week, but had no access to the men’s training facilities. After a match we had to wash our own kits. Some of the girls juggled playing, working and looking after a family.

“It was a great experience and made for strong characters who were super committed. Today we are starting to lose the last of the players who remember those days. Now players share training facilities with the men’s team, and have physios, dieticians and sports psychologists.

“They don’t have to worry about making sure their kit’s clean and they don’t turn up on match day without their socks!”

While Anita has no doubts the current squad is just as committed to playing for their country, she suggests the modern game could produce different characters.

“Today there are different distractions which are taking the game into a different place,” she said. “It’s clear social media has changed the game in many ways, not least the interaction with the fans.”

Anita, who has been a target of trolls, spoke recently about online abuse. She said: “I didn’t grow up with social media, so it doesn’t affect me as much. But it’s definitely a distraction for younger players. There are some big name players and there are some big matches with a lot of pressure on people. 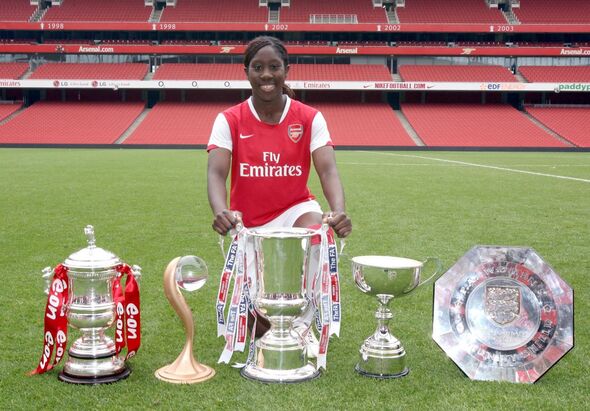 “Everyone who follows the sport is a commentator, they all have an opinion, so there are new challenges that go with the new level of scrutiny. I think the women’s game is still playing catch up with how best to support the players and I don’t think it’s completely there yet.

“I think a lot of clubs are starting to utilise psychologists to build better resilience and protect the players’ mental health. It’s new to all of us, but it’s constant. The questions are how do you cope or not cope with it and do I definitely need to use social media?”

Speaking about her recent retirement, Anita said: “I’ve enjoyed not having to get back into pre-season training, especially in this hot weather. I’m thoroughly enjoying the Euros, but it’s strange talking about players I played alongside. I’m not scared of being critical, but it’s important to be fair. I’m not the Roy Keane type!”

Anita speaks of her “pride” at what she achieved on the pitch and how grateful she is that football gave her great opportunities and allowed her to “grow as a person”.

Asked about England’s prospects of winning Euro 2022, she said she is “super confident” they can go all the way to the final . It’s their approach,” she said. “They are playing with so much maturity.”

The former international, who has teamed up with bed manufacturer Silentnight, revealed how she ensured a good night’s rest before a big game. “I used to bring my own pillows from home and spray them with lavender mist,” she said.

Ditching the gadgets before bed and developing a good routine are also among Anita’s tips for a good night’s sleep.

“In this day and age there are 101 distractions that can easily take your attention away from what you should be focussing on. At the very top of the list is technology, whether that’s your phone, iPad or the TV.

“In my days playing for England, I made sure I switched everything off 30 minutes before bed. That was valuable time to help me dial in on what I really needed to focus on at the end of the day – which was usually going over plans to stop a pacy forward running around me.

“Routine, routine and more routine. As an international footballer there was often an awful lot going on at once, from media duties to training and family, so developing a reliable routine that I could depend on night after night was key.

“I always tried to get to bed at 10.30pm each night and wake up around 7.30am each morning, giving me a solid nine hours of sleep – which I found was the perfect amount to perform at my peak.”

Every four years, we get ready to cheer on our favourite team, meet our mates to watch the matches on TV, relive the best moments from our favourite players over and over again, and dream that our team will be the one to lift the FIFA World Cup?.

While we wait, Panini is ready to kick off with FIFA World Cup Qatar 2022? Adrenalyn XL?, the official card collection that gets bigger and better with every edition!

Featuring all-new cards and categories such as Titans, Rookies, Top Keepers and Goal Machines, this spectacular collection includes the national teams which took part in the play-offs, as well as those competing in this year’s tournament.

Present the voucher below at any participating WH Smith store by closing TODAY to receive your free Panini trading cards. This offer is available in Smith stores (excluding travel stores) in Scotland, England and Wales and is subject to availability. Full terms and conditions are available on the voucher.