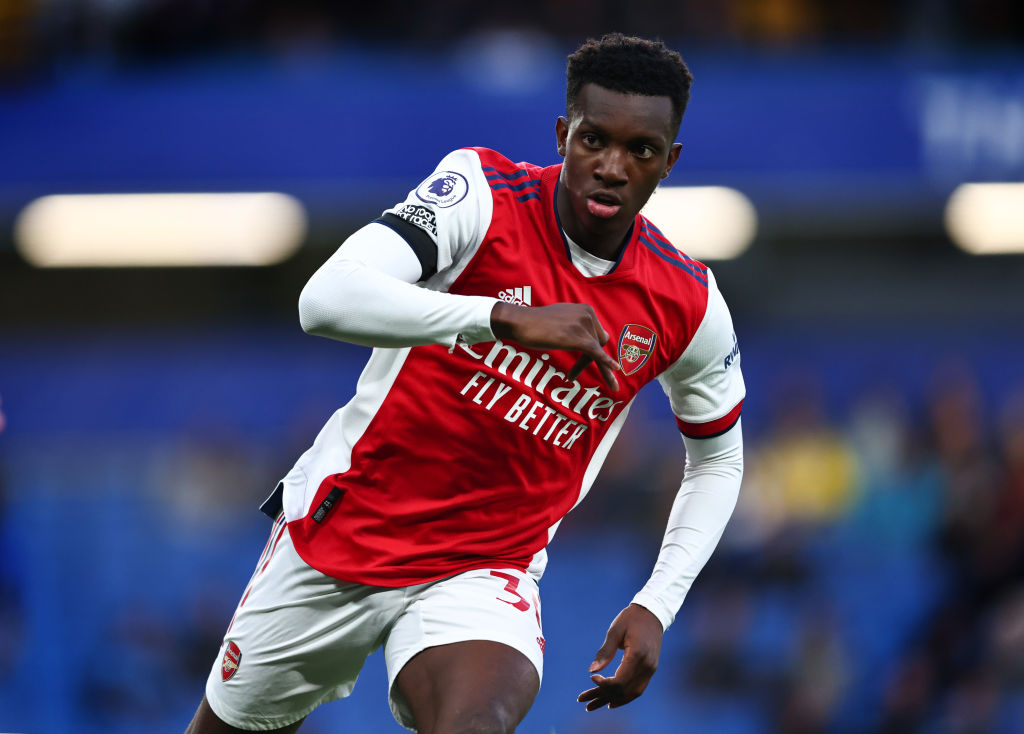 Eddie Nketiah is ‘not the answer’ for Arsenal and the Gunners need an ‘upgrade’ up front, according to Kevin Campbell.

Mikel Arteta has had limited options in the striking department since Pierre-Emerick Aubameyang was allowed to leave the north London club in the January transfer window.

With both Nketiah and Alexandre Lacazette’s current contracts due to expire at the end of the current campaign, the Gunners are expected to target a striker in the summer transfer window.

Lacazette has been Arsenal’s main No.9 for the majority of the season, but Nketiah has produced a string of impressive displays to become Arteta’s preferred centre-forward in recent weeks.

The 22-year-old netted a brace in the 4-2 victory over London rivals Chelsea, which ended a run of three consecutive defeats in the Premier League.

While Nketiah has offered the ability to run in behind opposition defences, Campbell doesn’t feel the Gunners academy graduate is the solution up front.

‘It shows you what half a striker can do in that Arsenal team,’ Campbell told Football Insider.

‘Nketiah has a bit of pace and can run in behind. In the second half [against West Ham] I thought he stretched the pitch really well.

‘You wouldn’t say Eddie is a top-class striker. If Nketiah was on the market, he is not one of the strikers the club would be going for.

‘Arsenal need to upgrade that position. As good as Nketiah is, he is not the answer.

‘We need two strikers. We are talking about a Nunez, Osimhen or a Jesus. Nketiah didn’t score against West Ham despite the fact he had chances. The other three would have scored and that is the difference.