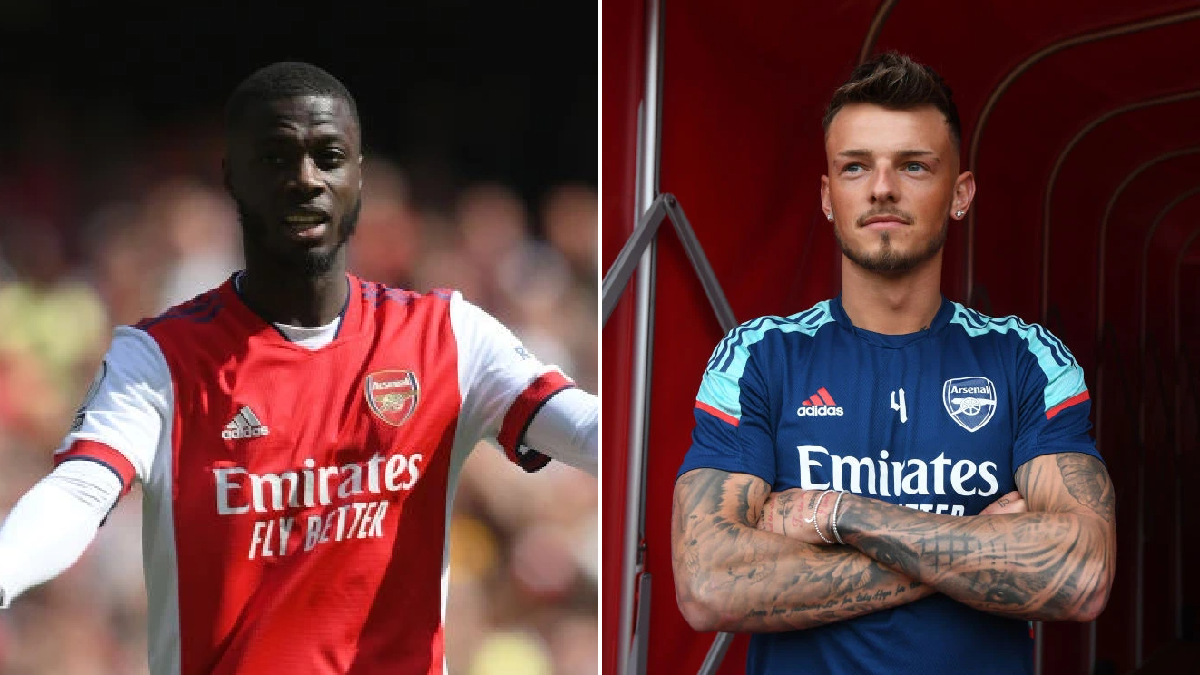 Mikel Arteta says the Arsenal coaching staff were perplexed by Nicolas Pepe when he failed to capitalise on an open goal against Leeds United, while he is hopeful Ben White will be fit for the north London derby.

The Gunners went four points clear of Tottenham in the race for Champions League football thanks to a 2-1 victory over Leeds at the Emirates on Sunday, with Eddie Nketiah netting twice early on before the visitors had Luke Ayling sent off.

But rather than racking up the goals, Arsenal conceded mid-way through the second half to Diego Llorente and had a few nervy moments in the final stages of the match.

As relegation-battling Leeds pushed for an equaliser, they sent goalkeeper Illan Meslier forward into the box and substitute Pepe had the chance to run the ball towards an empty net, but he took a poor touch away from goal before being tracked down and tackled by Dan James.

After the match, assistant coach Albert Stuinvenberg gave Pepe an animated dressing down on the pitch, but Arteta played down the exchange – even if he was at something of a loss to explain how the winger wasted such a good opportunity to kill the game.

Asked about Stuinvenberg’s chat with Pepe, Arteta said: ‘When you see that he’s got an empty net in front of him and he’s taking a touch backwards, we cannot really understand.

‘But you have to have the perception of the player in that moment, they are the ones that make the decision. And fortunately we didn’t need that goal.’

Arsenal again went with a centre-back pairing of Gabriel and Rob Holding, with White missing the match against old club Leeds having also been sidelined against West Ham last week, but Arteta says the defender is in contention to face Tottenham.

Asked if White has a chance of playing in the north London derby on Thursday, Arteta replied: ‘I think so. He’s been starting to do a little bit of work now on the [training] pitch.

‘We want everybody available because we know that game is so important.’

Asked if Tomiyasu was picked at left-back in preparation for the north London derby, Arteta continued: ‘No, that was for today. We cannot do things thinking about the next game.

‘We believed that it was the right thing to do today with what we wanted to do down that side, and especially what Leeds had on that side.’