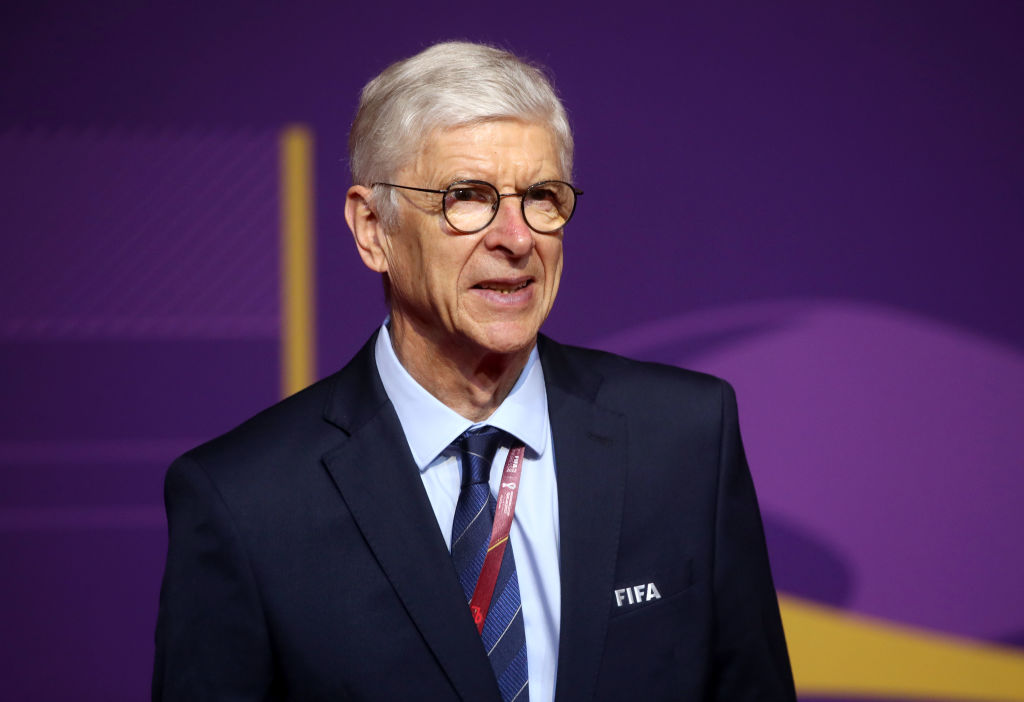 Arsene Wenger insists Arsenal should not be ruled out of the Premier League title race this season.

Mikel Arteta’s side have made an impressive start to the new campaign with five wins from their opening six games.

The Gunners also strengthened their squad with the signings of Gabriel Jesus and Oleksandr Zinchenko from Manchester City, while Fabio Vieira also joined in a £34m deal from Porto.

And Wenger believes Arsenal now have a shot at the title this season as he feels neither Manchester City or Liverpool are ‘completely dominating’.

‘I would say they are moving in the right direction,’ Wenger told The Sun.

‘I honestly think there is no weak position in the team… they are young, promising players and they have bought well this year.

‘There is no completely dominating team this season and Arsenal has a chance with the potential that is there.

‘We used to be in the top four and why not again? You cannot even rule out the fact that they can fight for the title and hopefully they can do it.’

Wenger also reiterated his desire to distance himself from Arsenal in order to ease pressure on Arteta and the players.

‘After 22 years as manager, maybe I arrived at the end of the road and people wanted a change.

‘The club had chosen a different direction and I can understand that completely. Sometimes you need to have a completely new staff and my presence there could have been a problem.

‘So I stayed away completely to give the club the chance to rebuild a new connection with a new manager.

‘That’s why I never talked about Arsenal and never came back to the Emirates because I didn’t want to be a presence that is maybe not good for the club.

‘But I still feel that my life is definitely linked with Arsenal so now I support them from my TV and I am also very busy travelling the world for Fifa.’