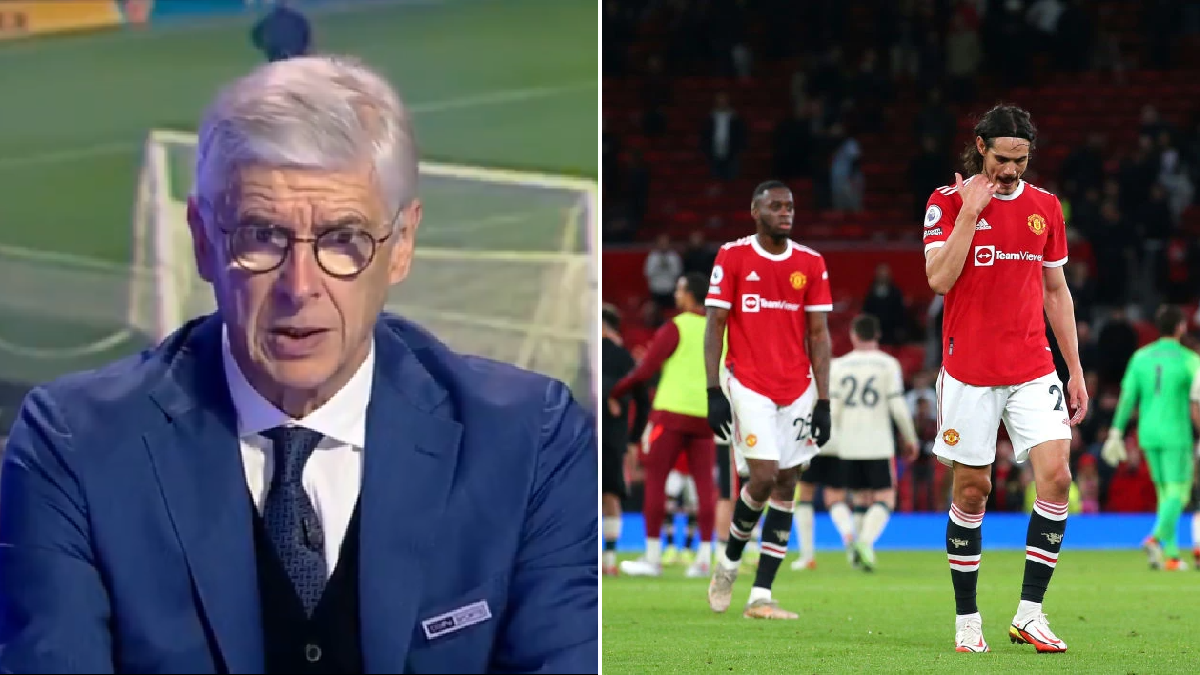 Former Arsenal manager Arsene Wenger insists Manchester United can still enjoy a successful season and even win the Premier League despite their dismal 5-0 defeat to Liverpool.

Manchester United’s demoralising defeat leaves them seventh in the Premier League, three points outside of the top-four places and eight points behind leaders Chelsea after just nine matches.

But Wenger says Solskjaer’s side should look at Manchester City’s turnaround last season for inspiration as they look to recover what is threatening to become a disastrous season for the club.

‘Manchester City won the title last year, they were 11 points behind at one stage and they were 10th in the league in December.

‘So if they rectify it, they are still not out of it completely. Also, in the Champions League, they can still qualify. So their season is not dead but if they continue like that, it will be quickly.’

While Wenger – who managed Arsenal for over two decades and led the Gunners to three Premier League titles and seven FA Cups – insisted Man United’s season was ‘not dead’, he did warn Solskjaer that the Liverpool defeat was a ‘massive blow’.

Asked what he would tell the players after such a dismal defeat, Wenger said: ‘You can say a few words, the first thing is to protect the club and the team in the press.

‘Not to come out with statements that create an even deeper crisis. You know you are in a crisis and you know you have a lot of work to do to get the mentality right in the team again because it’s a massive blow.

‘Overall you just try not to make it even worse than it is. It’s always your responsibility. Liverpool had a great day today. It can happen sometimes but in a big game the damage is massive.’

‘At the moment Manchester United are in-between pressing and dropping off and that is a little bit the worse situation for a team.’

Salah then scored two goals before half-time and one after to become the first away player since 2003 to score a hat-trick at Old Trafford.

Solskjaer, who took over as Man United manager almost three years ago, said: ‘It is not easy to say something apart from it is the darkest day I have had leading these players.

‘We were not good enough individually and as a team – you can’t give a team like Liverpool those chances, but unfortunately we did.

‘The whole performance was not good enough. We created openings, they had chances and they have been clinical. The third goal decided the game.’