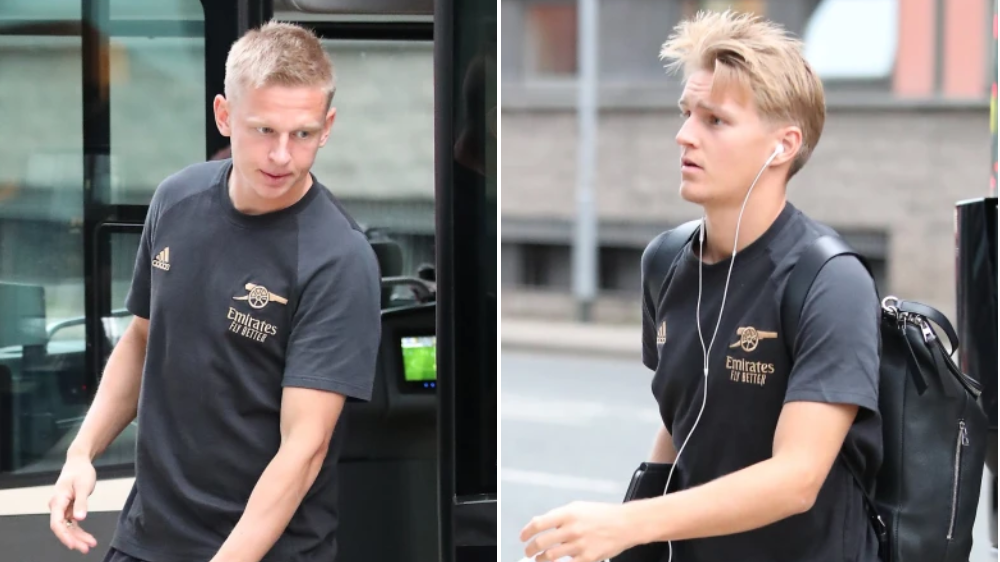 Martin Odegaard, Aaron Ramsdale and Oleksandr Zinchenko have all travelled with Arsenal’s squad for their Premier League clash with Manchester United on Sunday.

Arsenal captain Odegaard was forced off with an ankle injury during the Gunners’ 2-1 victory over Aston Villa on Wednesday evening.

Ramsdale, meanwhile, was seen clutching his hamstring in the closing stages of the win over Villa but was able to complete the game.

Zinchenko has missed Arsenal’s last two matches with a knee injury and has been unable to train in the build up to his side’s trip to Old Trafford on Sunday.

But all three appear to be in contention to feature as they arrived with their Arsenal teammates in Manchester on Saturday.

Speaking about Arsenal’s injury situation on Friday, Mikel Arteta said: ‘Those two [Ramsdale and Odegaard] are being assessed, we will see more tomorrow. Hopefully they will be able to train with the team.

‘Unfortunately with Alex [Zinchenko] that’s still not the case, he missed two games and has not been able to train with the team yet.’

Elsewhere, Thomas Partey and Mohamed Elneny both failed to make the trip to Manchester due to injury.

Fabio Vieira is in Arsenal’s squad and could make his first appearance since his £34 million move from Porto in June.