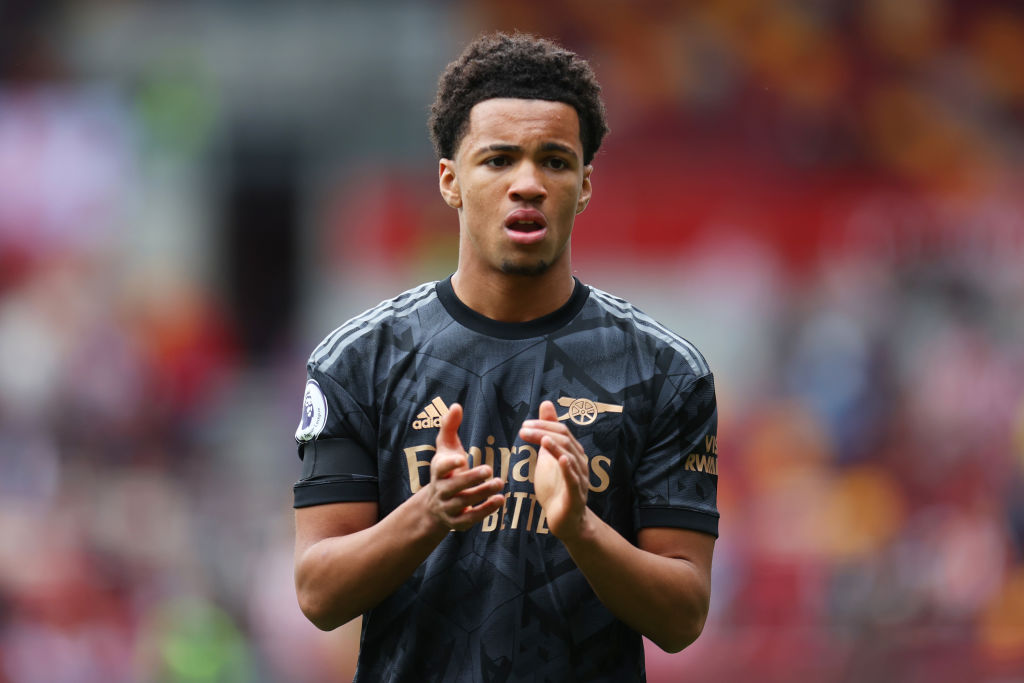 Arsenal’s Ethan Nwaneri became the youngest player in Premier League history after making his debut for the Gunners in their victory over Brentford.

Nwaneri, 15, replaced Arsenal goalscorer Fabio Vieira in injury-time after being included in Mikel Arteta’s squad for the trip to Brentford.

The midfielder, who was born in March 2007, was called up for first-team training for the first time on Saturday.

Arsenal fans sang ‘He’s going to school in the morning!’ as Nwaneri came on to make Premier League history.

Nwaneri, who joined Arsenal’s academy in 2016, was not even born when Arsenal’s Emirates Stadium opened.

Liverpool’s Harvey Elliott previously held the record after playing for Fulham at the age of 16 years and 30 days.

Arsenal lost 3-1 to Manchester United in their last Premier League fixture but returned to winning ways in west London, cruising to a 3-0 win.

William Saliba and Gabriel Jesus scored first-half goals to put Arsenal in control, before Vieira put the game to bed with a stunning strike after half-time.

The win sees Arsenal return to the top of the Premier League table, after Mikel Arteta’s side were briefly dislodged by Manchester City and Tottenham yesterday.

Following Arsenal’s win at Brentford, Gunners captain Granit Xhaka said: ‘We have a different mentality this season. we kept going and are training like we play and have class with the players that can make a difference.

‘You have the class in the front and they make the difference. More than happy we are in a good way but a long way to go.’

Arsenal summer signing Jesus added: ‘From the start we showed what we want to do in the game, create chances and score. That is what I believe we did.

‘Granit found me for the goal and I am so happy to play with him, he is an intelligent and quality player.’