Some at Arsenal are worried Pierre-Emerick Aubameyang will want to leave as a hero after the club’s 2-1 win over Chelsea in the FA Cup final on Saturday, reports say. The Gabon international scored a brace to land Mikel Arteta’s side the trophy. But his future remains up in the air with his contract due to expire in 2021.

Few gave Arsenal a chance of beating Chelsea in the FA Cup final given their turbulent campaign under both Unai Emery and Arteta this season.

But the Gunners came from behind to lift the trophy, with Aubameyang the hero.

Chelsea took the lead through Christian Pulisic in the fifth minute, with the USA international keeping his cool to slot past Emiliano Martinez.

Arsenal then responded via Aubameyang, who equalised from the penalty spot after being fouled by Cesar Azpilicueta inside the box.

And the 31-year-old then scored the winner late on, chipping Willy Caballero to give Arteta’s side the trophy.

Speaking after the game, Arteta insisted he was confident his talisman would remain at the Emirates with the player’s contract expiring next year. 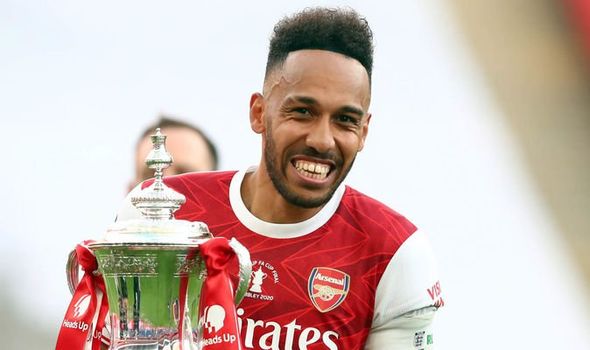 Yet the Independent say some at the club are worried that it will suit the Gabonese striker to bow out as a hero.

Aubameyang has now etched his name into the Arsenal history books by propelling them to the FA Cup trophy for the 14th time as a club.

And it seems like some behind the scenes are concerned that, after his cup final antics, the former Borussia Dortmund star will seek a new challenge elsewhere.

Others, however, are more positive.

They believe the Arsenal star may sign a new contract because of his age, with clubs across Europe unwilling to meet his eyewatering wage demands. 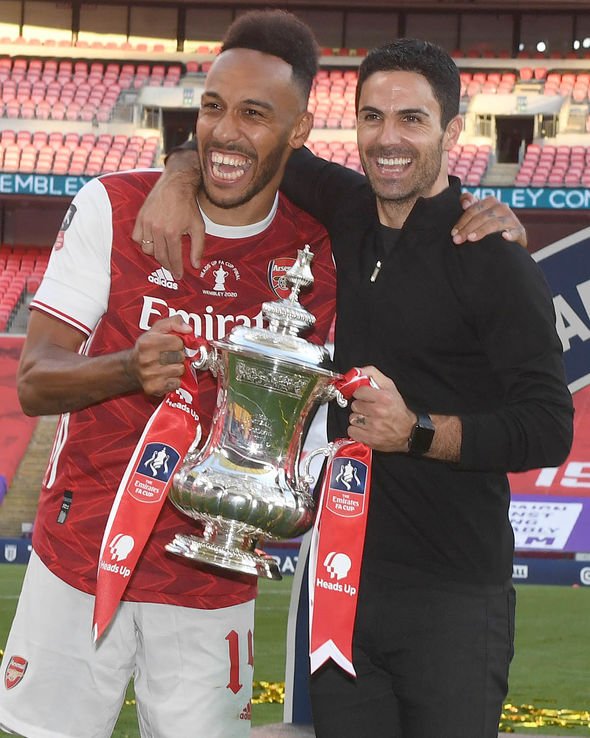 But what ultimately happens remains to be seen with links to Barcelona, who have ruled out Neymar and Lautaro Martinez, refusing to die down.

After the final win over Chelsea, Aubameyang refused to open up on his future.

“I’m really not thinking about this. I just want to enjoy with the guys and take the trophy now,” he said.

“That to me says he’s gone. I just feel like either there’s been no negotiation up until now which I don’t believe,” he told BT Sport.

“I feel there have definitely been negotiations or he’s already decided I’m going to go.

“I’m going to enjoy this moment with my team-mates and I don’t want to talk about my future.

“From my own perspective if I’m committed to the club and I know I’m staying this is a moment for me to say I’m going to sort it out it’s not done yet but I will try and get it sorted out here guys.

“That just sounds like someone who is looking to go elsewhere.

“Arsenal need to do all they can to get this guy to stay.”