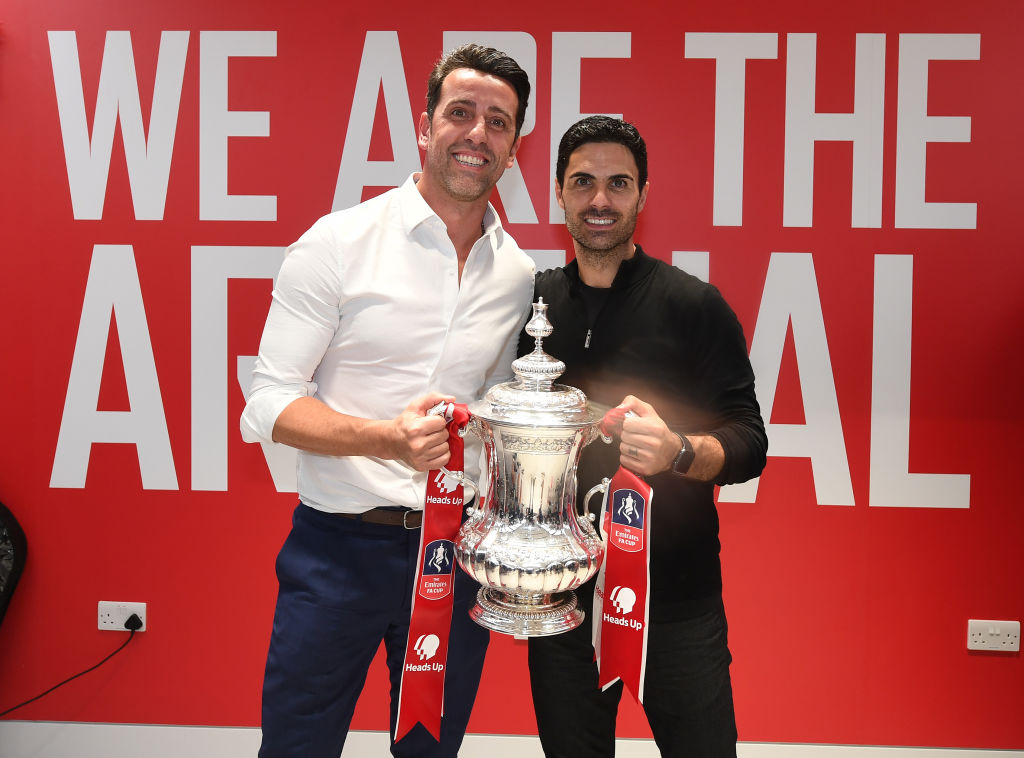 Arsenal technical director Edu says the club already have their ‘exciting’ transfer plans in place for the summer window and are believed to be targeting two marquee signings.

The Gunners have enjoyed an excellent week, beating Chelsea and Manchester United to overtake north London rivals Tottenham in the battle for fourth spot and Champions League qualification.

Regardless of where Arsenal finish, Edu is already planning for the summer and looks set to favour quality over quantity this time around, having used previous windows to significantly reshape and bolster the squad.

‘Maybe next season we can go to one or two players. Today we find a much more balanced squad. Our planning has already been done, it has already reached the owners.

‘It’s a matter of step by step, how we are going to finish the season and to put in place the planning that I’m very excited about.’

According to football.london, Arsenal are looking to bring in two big-money, marquee signings this summer, as well as signing players in positions of less importance – which is dependent on selling players first.

Rumours linking the Gunners with Manchester City forward Gabriel Jesus emerged at the end of last week but he is not the only striker Mikel Arteta is targeting.

According to the report, ex-Chelsea striker and current Roma frontman Tammy Abraham is also a serious target and is one of the players on the club’s shortlist to solve their troubles in front of goal.

Arsenal released Pierre-Emerick Aubameyang in January while contract rebel Alexandre Lacazette only has two goals from open play all season, with the team deprived of firepower up front.

Abraham moved to Roma for a relatively cheap £34million last summer and has enjoyed a productive first campaign in Serie A, netting 15 times and laying on four assists in 33 league appearances.

Chelsea are believed to have a buy-back clause worth £67m that becomes active in 2023 and Roma would demand in excess of that fee for any club who wants to sign the 24-year-old now.

Arsenal did actually make an enquiry in January but were rebuffed, with Arteta opting to stick with the striking options at his disposal, and the Spaniard is also keen to bring in a new central midfielder and winger.