Arsenal vs Everton LIVE: Can Mikel Arteta’s Gunners overtake the Toffees in the Premier League table amid fan protests towards Stan Kroenke outside the Emirates Stadium?

Arsenal host Everton this Friday night in a contest that could impact both these teams’ chances of playing European football next season.

Mikel Arteta’s Gunners can leapfrog their rivals in the Premier League table with a win but come into the match on a run of one win in four games.

Carlo Ancelotti’s Toffees are on poor form themselves and have failed to win any of their last six matches – but the Merseysiders can still move three points behind the top four with victory.

If tonight’s game is anything like last season’s game, then we’re in for a treat tonight.

Arsenal and Everton were part of a thrilling 3-2 win for the Gunners that saw Pierre-Emerick Aubameyang score twice in February 2020.

The three other goalscorers in the game – Eddie Nketiah, Dominic Calvert-Lewin and Richarlison – all start tonight. 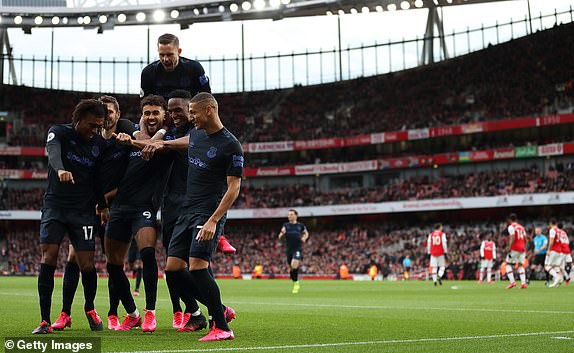 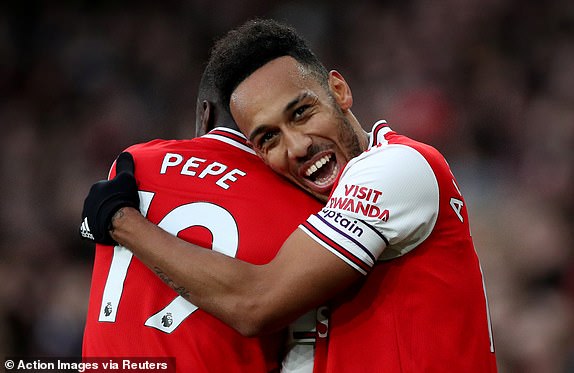 Right, while protests are fun (they did stop a European Super League after all) we actually do have a game to focus on here.

Everton go into this Emirates Stadium clash three points above Arsenal in the table but with inferior goal difference to the Gunners.

Victory for the Toffees would move them within touching distance of the top four, but Arsenal will not stop in their desire to move up the table despite another poor season domestically. 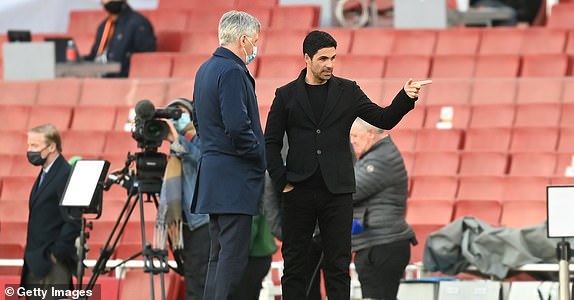 It’s been a hectic day at Arsenal for other reasons too. Club legend Ray Parlour took aim at fan channel AFTV, formerly known as Arsenal Fan TV over their desire to see Arsenal win.

Parlour claimed the popular YouTube channel wanted the Gunners to lose so other fans would tune in to the show and improve engagement.

AFTV host Robbie Lyle bit back at Parlour’s comments over his fandom of Arsenal this morning.

Arsenal’s demonstrations against their owners has carried on even with team news announced.

Reports are coming in that one fan has suffered a head injury and a broken leg at the protests as numbers continue to rise. 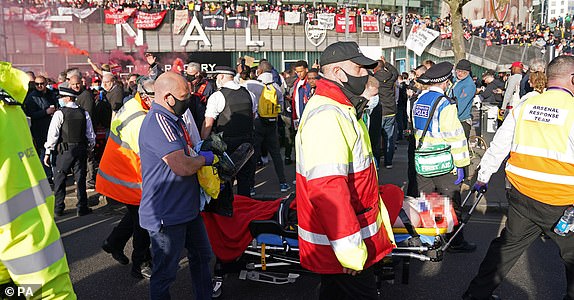 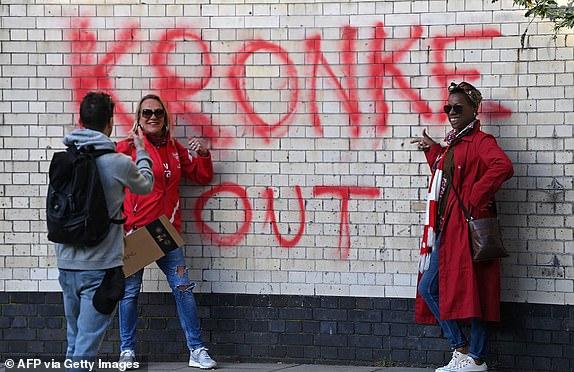 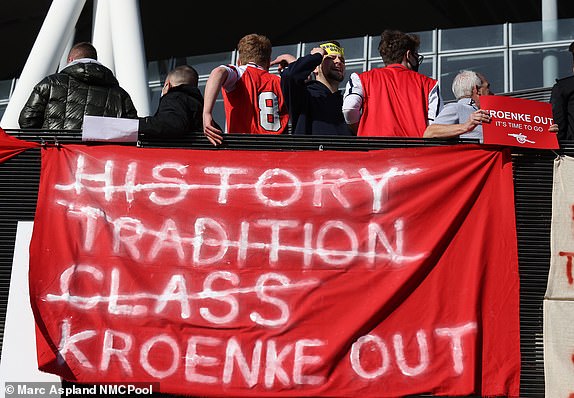 Carlo Ancelotti, meanwhile, has made three changes to the side that drew with Tottenham exactly one week ago.

Dominic Calvert-Lewin returns to the starting line-up. Everton’s top scorer comes in for former Gunner Alex Iwobi who is on the bench. Seamus Coleman replaces Michael Keane while Tom Davies is spared for Andre Gomes.

All these protests going on, let’s not forget we’ve actually got a game on here!

The team news is in and Mikel Arteta has made six changes from the side who drew 1-1 with Fulham last weekend.

Bernd Leno returns in goal and Callum Chambers comes back into the side for Hector Bellerin. Pablo Mari comes in for Gabriel, as does Thomas Partey for Mohamed Elneny.

Up front, Eddie Nketiah leads the line as Alex Lacazette and Pierre-Emerick Aubameyang are both injured. Gabriel Martinelli is dropped to the bench as Nicolas Pepe starts.

The main reason for Arsenal fans’ anger comes from the decision to join the club up for the European Super League – a plan that was botched on Tuesday night.

But Carlo Ancelotti, who has won the Champions League with two separate clubs – has also waded in on the debate and branded the idea by 12 of Europe’s elite as ‘not acceptable’.

No fans allowed inside the stadium, but plenty of them venting their frustrations outside of it. A serious amount of Arsenal fans are angry this evening… 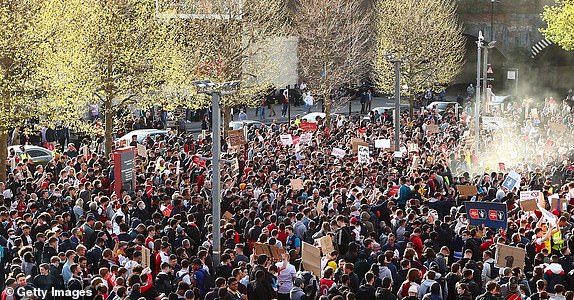 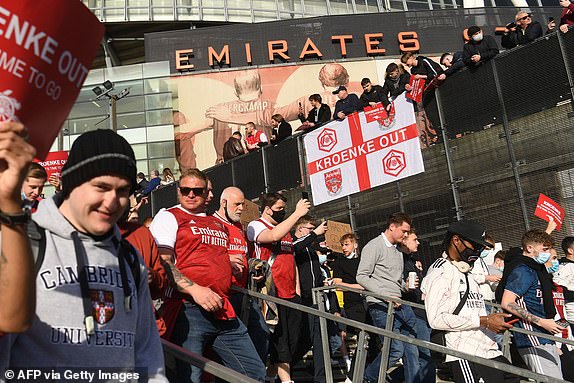 Should Arsenal achieve their goals and win the Europa League at the end of May, then many Gunners fans will be pleased with their season amid these protests.

But Mikel Arteta knows that aim is far from certain and the club is crumbling around him as his side need to focus on their tasks ahead.

How does the Spaniard get through this tough patch for the club? Here’s Sportsmail reporter DANNY GALLAGHER with the dilemma facing Arteta…

That’s right. Arsenal fans are currently protesting against owner Stan Kroenke and his son Josh – who both run the Kroenke Sports Entertainment (KSE) majority involvement in the club.

The latest annoyance with the Kroenke running over the club, other than an alleged lack of investment in the club, comes as the Gunners signed up for the now defunct European Super League this week.

Tensions rose after a fans’ forum took place last night with Josh Kroenke and other members of the Arsenal hierarchy – but now several hundred fans have congregated outside the Emirates Stadium in protest against their owners.

Here’s our take on the demonstrations here…

Both these two teams face an uncertain few weeks as they plot European qualification goals in the season run-in.

Arsenal know that victory in the Europa League will define their season, but relying on that would be foolish – so a top seven finish may be enough to get them back into Europe again.

Everton, meanwhile, will still feel that a first Champions League campaign in 15 years is in their sights – especially as West Ham face top-four rivals Chelsea on Saturday.

What a game we have in store – kick-off is at 8pm (BST) so we’ll have team news in about half an hour.

There’s something else, other than pre-match tension, in the air at Arsenal, however… 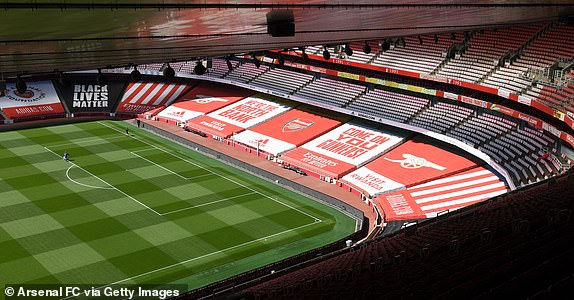 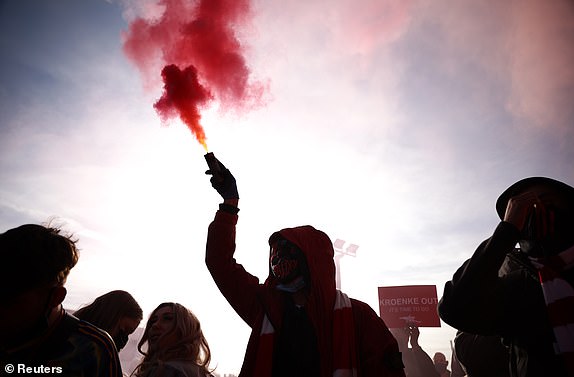