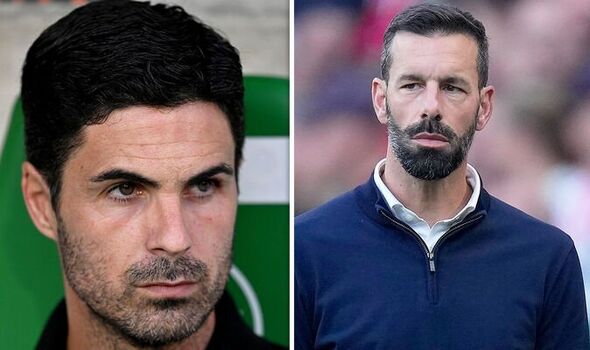 Arsenal’s home Europa League match this Thursday against PSV has been postponed. UEFA have announced the decision has been made due to limitations on police resources in the lead up to the funeral of Queen Elizabeth II.

It is the second game Arsenal have had postponed following the death of the Queen. All football in England was cancelled last week as a mark of respect.

There is continued doubt about the Gunners’ fixture away to Brentford on Sunday. Matches in London are likely to be the most affected ahead of the Queen’s funeral on Monday.

UEFA says difficulty of organsing police for Thursday’s visit of PSV is the reason behind its postponement. The statement read: “This is due to the severe limitations on police resources and organisational issues related to the ongoing events surrounding the national mourning for Her Majesty Queen Elizabeth II.”

“The postponement follows liaison between UEFA, the Metropolitan Police and ourselves, after the passing of Her Majesty Queen Elizabeth II. We are working with the authorities to reschedule the match and any tickets (including those purchased via Ticket Exchange or received via Ticket Transfer) and/or hospitality packages purchased for this fixture will be valid for the rescheduled date.”

News of the postponement comes hours after the EFL confirmed their fixture schedule will resume as normal from Tuesday. Matches will be looked at on an individual basis and police will liaise with the relevant authorities over whether a match can take place.

As well as Arsenal’s match at Brentford, Chelsea’s clash at home to Liverpool on Sunday is also in severe doubt. Alongside the police limitations, there is set to be a shortage of television trucks available to Sky Sports, who are currently scheduled to broadcast both matches.

Their sister channel Sky News are set to have use of more trucks for their coverage of mourning the late monarch. If the London-based games are called off, Arsenal’s next Premier League match will likely be at home to north London rivals Tottenham on October 1, with an international break taking place next week.