Arsenal have taken a step closer to signing Martin Odegaard after the player completed his medical, while Aaron Ramsdale is also having a medical at the club.

Norwegian international Odegaard is expected to join Arsenal from Real Madrid for an initial £30m fee plus bonuses of around £4m.

Although personal terms have been agreed already, the 22-year-old is unlikely to take part in Sunday’s game against Chelsea as his visa application process is ongoing.

Players arriving from an EU country require a Governing Body Exemption (GBE) before they can register.

Odegaard spent the second half of last season on loan with the Gunners after failing to break into the Real Madrid team under Zinedine Zidane.

He made 20 appearances across all competitions, with one of his two goals coming in the north London derby win over Tottenham in March. 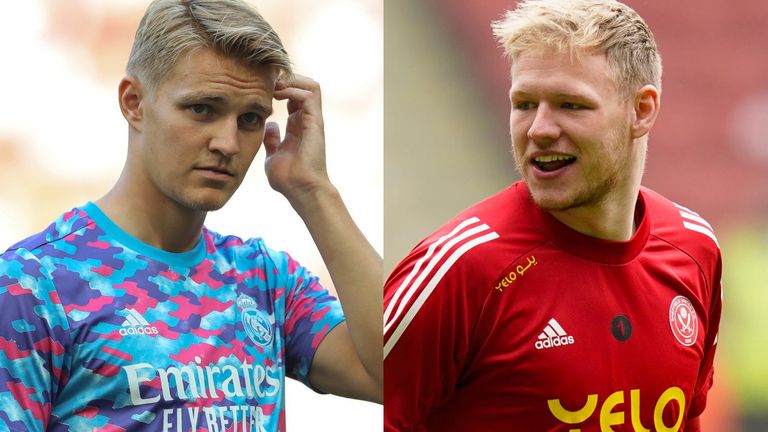 Meanwhile, Arsenal are keen to get a £24m deal done for Ramsdale from Sheffield United so the goalkeeper can be part of the squad for Sunday’s game.

The fee could rise by another £6m in add-ons depending on whether Ramsdale becomes the Gunners’ long-term No 1.

Ramsdale has been on boss Mikel Arteta’s radar this summer, having originally joined Sheffield United from Bournemouth in 2020.

Bournemouth are entitled to a 15 per cent sell on of anything over £19m, and the 23-year-old’s arrival at the Emirates Stadium would likely see back-up goalkeeper Alex Runarsson allowed to leave the club.

Ramsdale, capped at U18 to U21 level by England, re-joined Sheffield United last summer in an £18.5m deal from relegated Bournemouth.

He was Sheffield United’s player of the season despite their relegation last term and the same was the case in his final season at Bournemouth in 2019/20.

Ramsdale was part of England’s Euro 2020 squad which reached the final, but is yet to make his full international debut.