Aston Villa midfielder Carney Chukwuemeka has been left out of Steven Gerrard’s pre-season squad as the Arsenal target has not accepted the club’s new contract on the table. The England under-19 international has been linked with a host of clubs including the Gunners, Manchester United and Newcastle as the starlet could be set to leave Villa Park.

After announcing his pre-season squad to New Zealand, Gerrard explained why Chukwuemeka was not on the list after the youngster was due to join up with the rest of the first team this week. “Carney is yet to sign a contract offer that has been in place for some time,” Gerrard said. “I’ve decided the best thing would be to continue his training programme back at Bodymoor.”

The 18-year-old has just one year left on his contract and can negotiate a contract with foreign clubs in January, having scored the decisive goal in the European Under-19 Championships final. His positive performances for England alongside 12 Premier League appearances last season for Villa have reportedly captured the attention of top Premier League clubs and Barcelona.

Gerrard has claimed that he wants Chukwuemeka to remain at the club. “We want him to stay here long-term. We believe this is the best place for Carney,” the head coach previously said. “I hope that situation progresses in a positive way.” The midfielder scored three times and claimed two assists for the England U19s as they lifted the trophy following a 3-1 win over Israel. 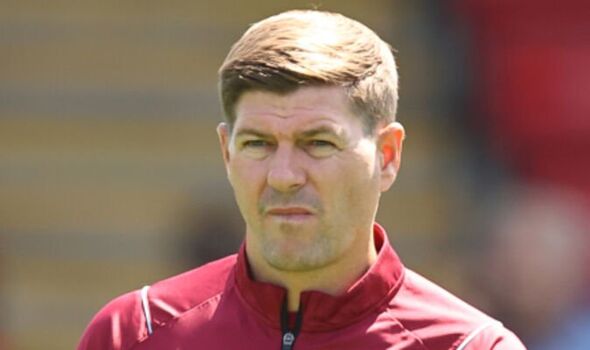 Former Arsenal midfielder Paul Merson is one of Chukwuemeka’s many admirers within the game after watching one of his performances. “You look at the positives, the young kid Chukwuemeka was very good,” Merson told Sky Sports. “He has got a bright future. I don’t see a lot of the kid’s football.

“First-half, he was outstanding. He was gliding across the pitch. 17 years old, you are playing in the Premier League in the centre of midfield. I mean that’s a big ask. He will be an absolute star. He glides across the pitch. 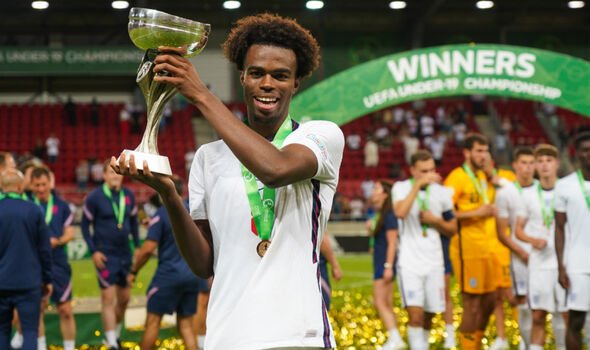 “He is a nice size. He gets on the ball. He looks for it and makes runs without the ball. I think Villa fans going away will definitely be talking about him.”

Transfer expert Fabrizio Romano has claimed that Barcelona have joined the race for Chukwuemeka, as the club appreciates his huge potential and the club would only have to cover training costs as compensation, which the Birmingham Mail claim to be around £300,000.

He has been one of several youngsters at Aston Villa that have made the step up to first-team football last season alongside Jacob Ramsey, Tim Iroegbunam, Cameron Archer and Jaden Philogene-Bidace.