Arsenal star Nicolas Pepe has been used sparingly by Mikel Arteta this season and the Ivory Coast international is growing frustrated. The Spaniard’s preferred frontline sees summer transfer Willian on the right-hand side, along with Pierre-Emerick Aubameyang and Alexandre Lacazette. Pepe has had to settle for a spot on the bench despite signing from Lille last year for a club-record fee.

Arsenal star Pepe has admitted he has held talks with Arteta over his situation at the club.

The Ivorian has been largely sidelined in the Premier League, restricted to making cameo appearances off the bench.

The 25-year-old has started just one league match, a 1-0 defeat to Manchester City – but has made three starts in the Europa League, where he has looked decent with two goals to his name.

But at the weekend, Arteta prefers to use Willian on the right-hand side, who signed from Chelsea in the summer after his contract expired. 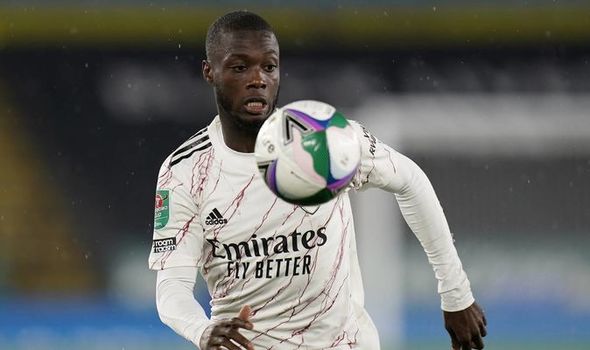 For Pepe, who joined the year previous for £72m, it has been a frustrating time.

And the forward has admitted he is not happy with his limited role but has explained what his manager has told him to make the step-up to the first-team.

“My goal is to play more. Have a little more playing time,” Pepe told Canal Plus.

“A player who plays is happy. For me, I would like to play a little more to find a smile again.

“He [Arteta] wants me to be 100 per cent focused during the 90 minutes of the match.

“Afterwards, I see during training that I will be a substitute the following weekend. But the coach speaks to me, he also has assistants who are there for that.

“But it is frustrating for any player to be on the bench.” 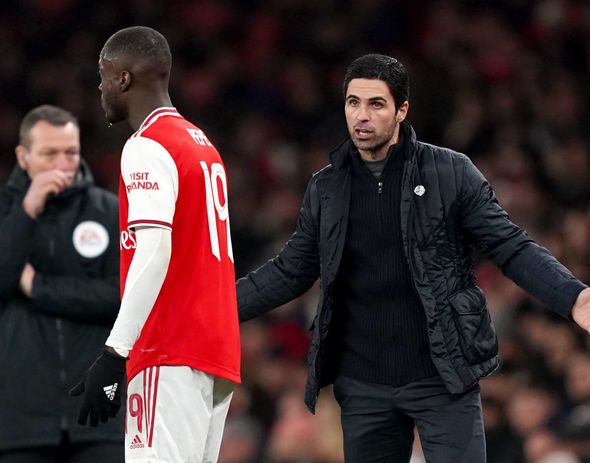 Arteta will have some time now to regather his thoughts on his tactics after being played off the park against Aston Villa at the Emirates.

Villa left north London with three points and three goals after Bukayo Saka netted an own goal and a quickfire double from Arsenal-fan Ollie Watkins.

With the international break, it has given the Gunners coach an opportunity to properly analyse what went wrong.

Arsenal take on Leeds United when the Premier League returns next week at Elland Road on Sunday.