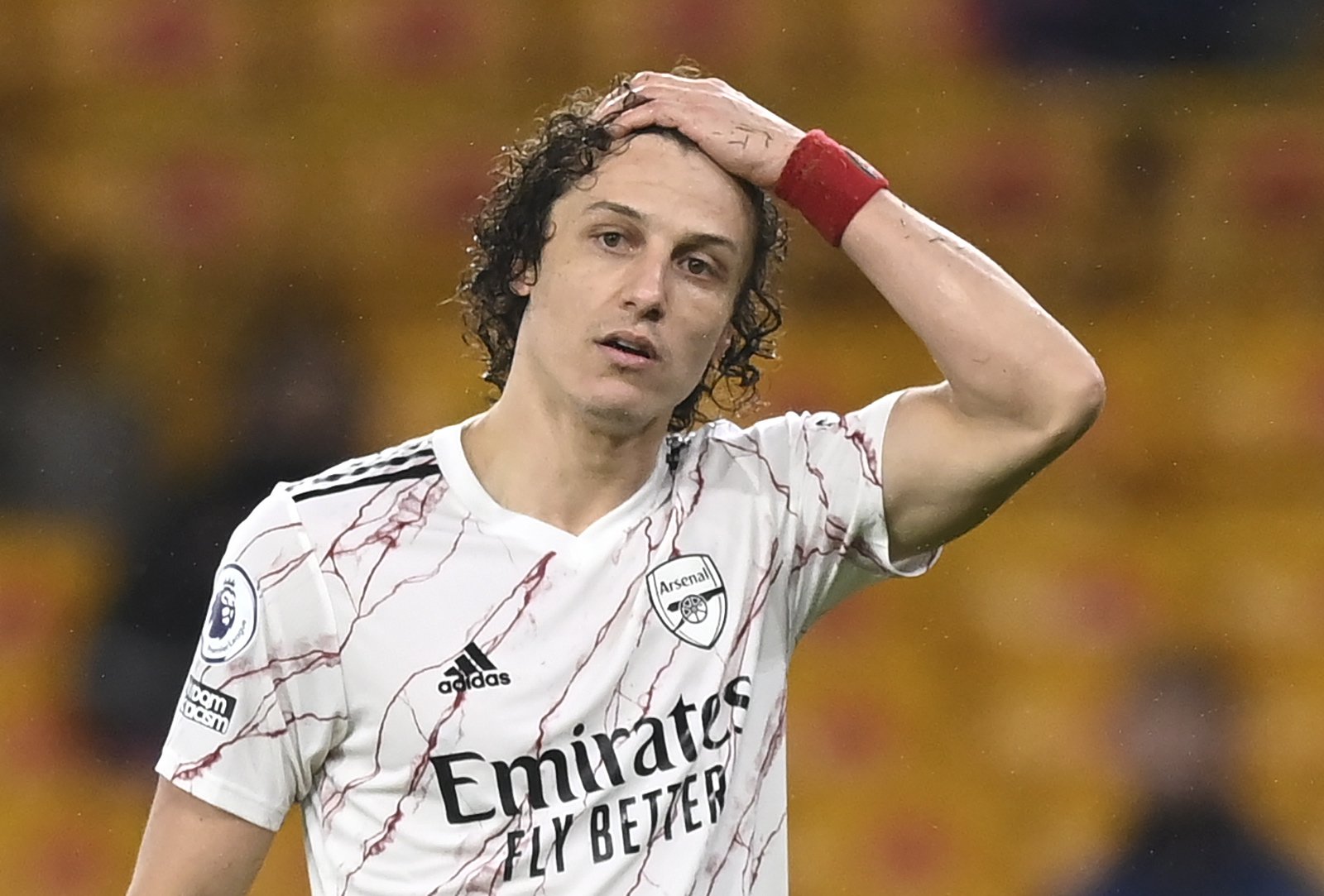 Arsenal will submit an appeal to the Premier League over David Luiz’s suspension for a red card received in the Gunners’ 2-1 defeat to Wolves on Tuesday.

The Brazilian was sent off on the stroke of half-time after Craig Pawson gave a penalty for a challenge on Willian Jose.

Contact appeared to be minimal but as Luiz was deemed not to have made a challenge for the ball, the referee saw fit to give him a straight red card.

The dismissal means Luiz would miss Saturday’s game against Aston Villa but Arsenal have submitted an appeal in the hope that the decision will be reversed.

Luiz’s red card changed the course of the game as Ruben Neves levelled from the spot and Joao Moutinho struck a winner in the second half against 10-men.

Arsenal were reduced to nine-men with fifteen minutes to go at Molineux when Bernd Leno handled outside the box but the Gunners are not going to appeal the German’s dismissal.

Arteta was furious about the decision following his side’s defeat, which was their first in the Premier League since a 2-1 loss to Everton before Christmas.

The Spaniard hinted in his post-match press conference that the side will submit an appeal.

‘Well, on my understanding here I would say yes, let’s go straight away because I think we have a big chance,” said Arteta when asked last night about appealing Luiz’s red card.

‘But I don’t know, we will speak to legal and the club and make the best decision of what to do.

‘If you want to talk about the decision, I’ve just seen the replay 10 times in five different angles.

‘I’m sitting here with you guys and I cannot see any contact. I would like to see if VAR has a different angle.’

Does Eddie Jones face a fight to stay in the England hotseat?