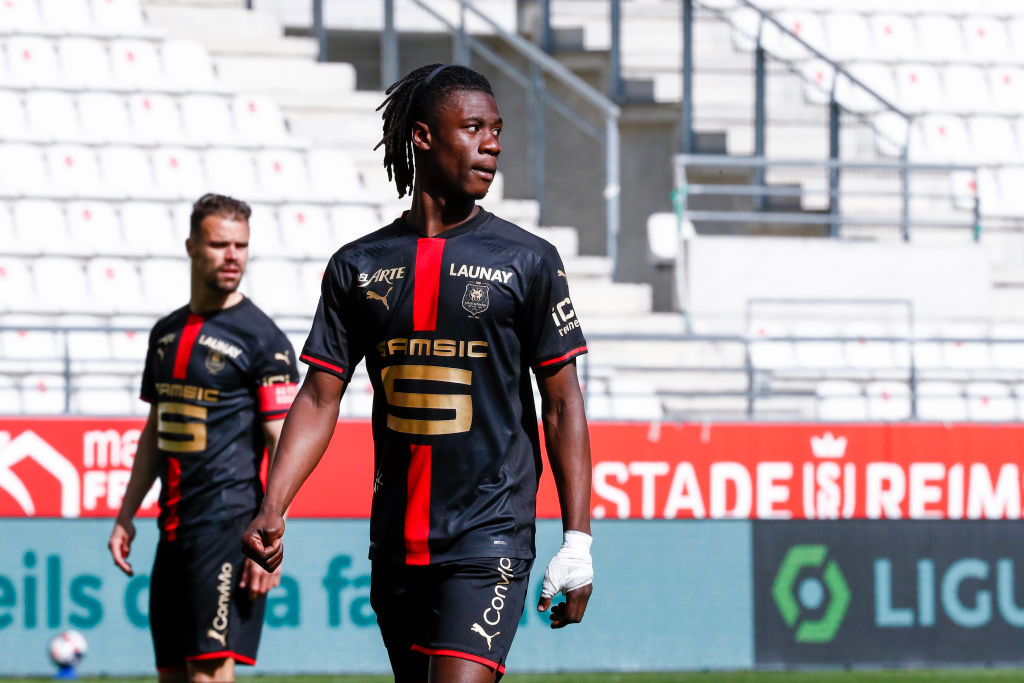 Arsenal have revived their long-running pursuit of Houssem Aouar this summer but are prioritising a move to sign Rennes wonderkid Eduardo Camavinga, according to reports in France.

Mikel Arteta is intent on adding quality to his midfield ranks following a miserable campaign for Arsenal both domestically and in Europe and Martin Odegaard had been the Spaniard’s first-choice option after an eye-catching loan spell.

But Odegaard has confirmed he will be staying with Real Madrid for the forthcoming season and the Gunners have been forced to scour the market for alternatives, with Granit Xhaka, Matteo Guendouzi and Lucas Torreira all set for the exit door at the Emirates.

Aouar has been heavily linked for well over a year and The Sun recently reported that Arsenal were hopeful of finally reaching an agreement for the France playmaker, with Lyon prepared to sell their prized possession for just £20million.

The report indicated that Arsenal were ready to offer Aouar a lucrative £100,000-a-week contract to lure the 22-year-old to north London ahead of the 2021/22 campaign.

Aouar remains firmly on Arsenal’s radar but it appears Camavinga – widely regarded as one of the finest young talents in European football – has jumped to to the top of the club’s wishlist.

Towards the end of last year, Camavinga signed with super-agent Jonathan Barnett – who also represents the likes of Gareth Bale, Mason Mount, Jack Grealish and Ben Chilwell – and it’s believed this move could pave the way for a switch to the Premier League.

However, a summer deal would not come cheap for Arsenal, with Rennes demanding a fee in excess of €50million (£43m) for the teenager, who already has three caps for the French national side.

Camavinga is out of contract at Roazhon Park in 2022 and Rennes may decide to cash in on him this summer to remove the risk of losing him on a free transfer in 12 months time.

Just last month, Camavinga admitted it was flattering to see his name linked with some of Europe’s top teams, with Real Madrid and Bayern Munich also said to be keen.

‘It makes you feel flattered and it is nice that teams like Real Madrid or Bayern are interested in your situation,’ he told Telefoot.

‘I am not going to lie, but I have not yet decided with my family what I will do.’