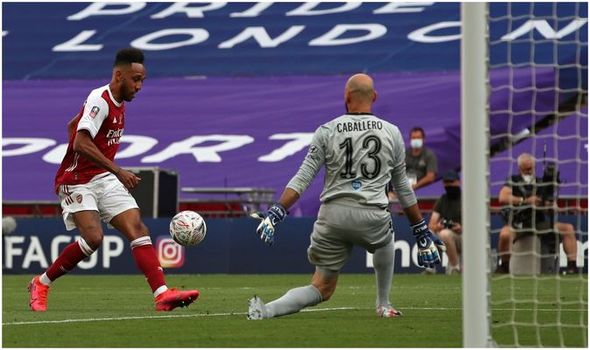 Arsenal ended a disappointing campaign on a high by beating Chelsea at Wembley to lift the FA Cup. Pierre-Emerick Aubameyang was at the double to book the Gunners a place in next season’s Europa League and earn Mikel Arteta his first silverware as a manager.

Arsenal made the worst possible start when Christian Pulisic picked up a loose ball in the box, danced past Kieran Tierney and lifted the ball over Emiliano Martinez in the fifth minute.

But Aubameyang levelled the scores after the first-half drinks break when he converted a penalty he won when he beat Cesar Azpilicueta to the ball.

The Arsenal forward made his most important contributed in the 67th minute when he was picked out by Nicolas Pepe, beat his man and fired past Willy Caballero.

Mateo Kovacic was sent off for picking up a second yellow card minutes later, which helped the Gunners hold on to their lead. 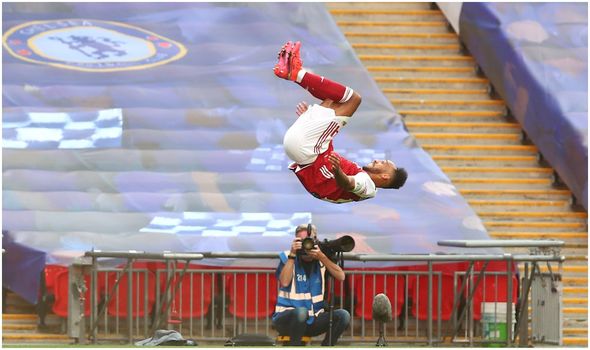 Emiliano Martinez – 7 – Smart stop from Mason Mount early doors but could do little about Pulisic’s goal. Solid contributions towards the end of the game.

Rob Holding – 7 – Solid at the back as the defence held firm after Pulisic’s early effort.

David Luiz – 8 – Calm influence in defence and justified Arteta’s faith. Got the better of Olivier Giroud. 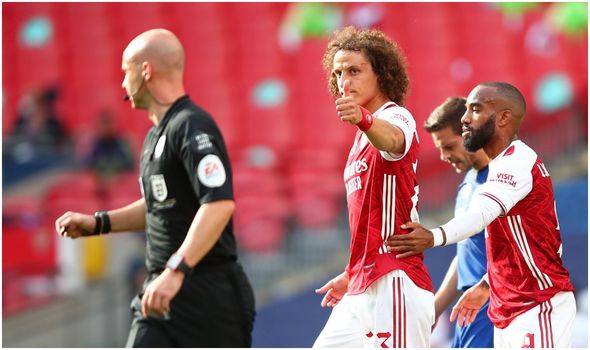 Dani Ceballos – 8 – Arsenal must keep Real Madrid loanee if he continues to deliver performances of this calibre.

Granit Xhaka – 7 – Kept things ticking over nicely and is emerging as one of Mikel Arteta’s most-trusted players.

Ainsley Maitland-Niles – 7 – Got forward well and justified Arteta’s decision to get the nod ahead of Bukayo Saka.

Nicolas Pepe – 8 – Gave Chelsea’s defence plenty of problems and got the ball to Aubameyang for second goal.

Alexandre Lacazette – 6 – A nuisance for Chelsea’s front three but little chance to find the back of the net.

Pierre-Emerick Aubameyang – 9 – Constant thorn in Chelsea’s defence, the match-winner, the hero for Arteta. Where would Arsenal be without him?