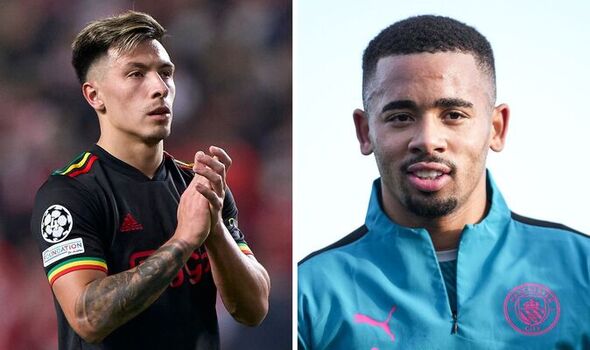 Arsenal are no longer prioritising the signing of Youri Tielemans following the signing of Fabio Vieira from Porto and instead, deals for Gabriel Jesus, Lisandro Martinez and Raphinha are top of the agenda for Edu. The former Brazilian midfielder has a number of plates spinning behind the scenes for Mikel Arteta, who is hopeful the club will land several of their top targets before the start of the 2022/23 campaign.

Heading into the window in the past few weeks, Tielemans and Jesus were believed to be Arsenal’s primary objectives but following a shock deal for Portuguese playmaker Vieira, it appears to balance has slightly shifted.

Express Sport understands that interest in Tielemans has cooled for now and Arsenal are currently focused on other targets.

The Belgian’s Leicester contract – which expires in June 2023 – makes any deal relatively easy to agree, should Arsenal wish to revisit a move later in the transfer window.

Jesus remains top of the bill as negotiations continue with Manchester City, who are looking for close to £50m for their Brazilian international frontman. 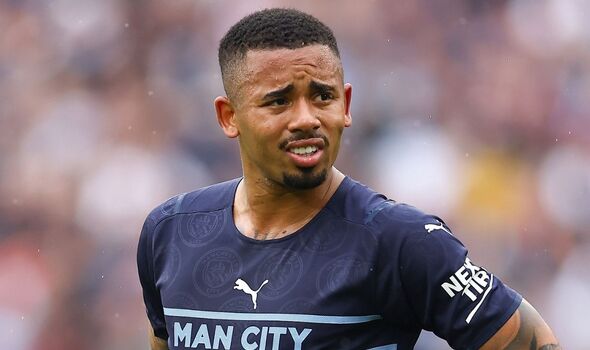 Arsenal saw their opening offer – worth in the region of £35m plus add-ons – rebuffed by the Premier League champions but they are expected to return with an improved bid.

The Gunners, who are set to announce the signing of Vieira in due course plus the capture of New England Revolution goalkeeper Matt Turner later this week, are still confident Jesus wants to make the move despite their failure to secure Champions League football for next season.

There has been some suggestion the Gunners have upped their offer by £5m to £30m but Ajax are looking for significantly more, in order to agree to a sale.

The Argentine centre-back can also play at left-back or in holding midfield, which is why he is of strong interest to Arteta.

Raphinha is also a concrete target for Arsenal but the north London club are wary that Leeds are potentially looking to encourage a bidding war for the Brazilian.

Barcelona, Tottenham and Chelsea are also in the fray but as of now, there have been no significant developments to note with Arsenal and Raphinha.

He is a player that both Edu and Arteta like but they are yet to table an offer for the 25-year-old, who is valued at upwards of £50m by Leeds.

Deco, who represents Raphinha, is also vying for his former club Barcelona to make their move after his client agreed personal terms with the Catalan giants. 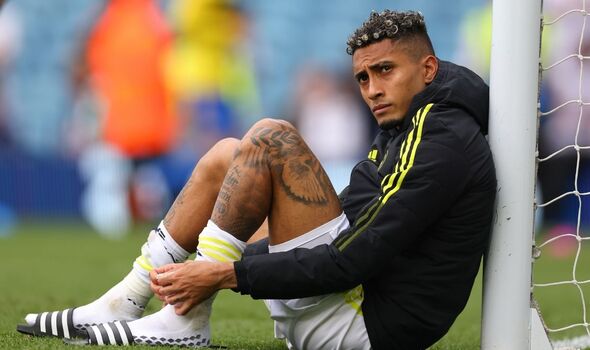 Meanwhile, Aaron Hickey is another player that is still of interest to Arsenal, although Brentford have now made enquiries for the Scotland international defender.

Nuno Tavares would be expected to depart if the signing of Hickey was pursued but so far, Arsenal have priced potential suitors out of the picture.

Serie A outfit Atalanta were quoted £35m for the Portuguese left-back, who arrived for just £8m from Benfica last summer.

Arsenal academy star Jordi Osei-Tutu is set to rejoin Bundesliga side VfL Bochum after spending last season on loan at Rotherham in League One.

Osei-Tutu enjoyed a stint with Bochum back in the 2019/20 season and the Bundesliga side are now pursuing a permanent deal following the sale of Armel Bella-Kotchap to Southampton.