Arsenal have attempted to bolster their attacking options this summer with Leeds winger Raphinha but face competition from a host of Premier League clubs while Barcelona have been mentioned as the Brazilian’s preferred option. Arsenal have also been strongly linked with moves for Manchester City striker Gabriel Jesus and Leicester midfielder Youri Tielemans, in addition to the confirmed deals for Brazilian teenager Marquinhos and Portuguese playmaker Fabio Vieira.

Whether the Gunners have the budget to sign Raphinha, Jesus and Tielemans in addition to their current outlay remains to be seen. Arsenal were the biggest spenders last summer and whether it is due to their financial restraints or interest from rival clubs in Raphinha, they may pursue a cheaper option in PSV Eindhoven’s Cody Gakpo.

The Dutch international could be available for around £25million, significantly less than Raphinha and predominantly plays on the left, easing fears that Raphinha could clash with Arsenal star man Bukayo Saka. The 23-year-old has proven to be one of the most exciting talents in the Eredivisie after 12 goals and 13 assists in 27 league games last season.

Gakpo has admitted that he is considering his future this summer. “Anything can happen this summer,” he told De Telegraaf. “I will now calmly compare all the options and see what is best for me. Staying another is also an option.

JUST IN: Arsenal chief Edu may have secret weapon to beat Tottenham to £65m ace 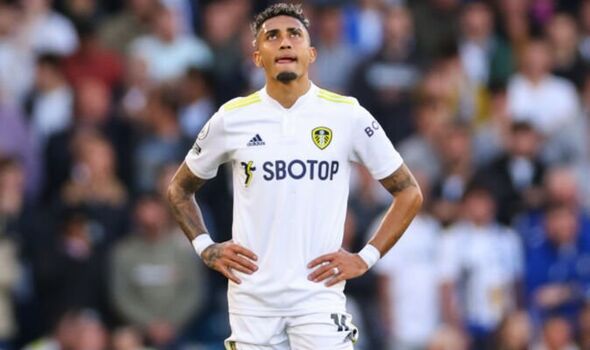 “It would be a shame if I went somewhere where I wouldn’t get a job at all and I could miss the World Cup. I’ll keep that in mind.”

Gakpo has also been linked with moves to Leeds and Chelsea but Arsenal could have an edge in the race for the Dutchman. “The Premier League is a big league,” he told The Sun. “Virgil van Dijk plays there with Liverpool so I like to watch them. Everybody wants to play one time in the Prem. I don’t favour one team but I like Arsenal a lot. 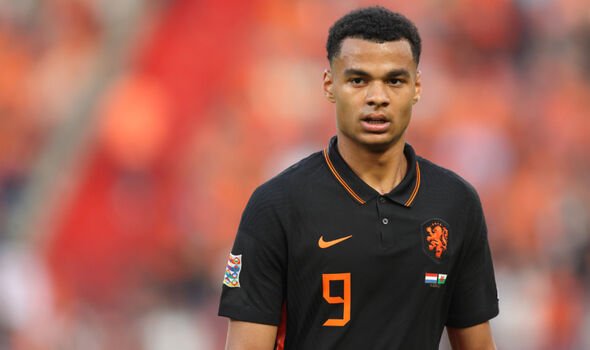 “I looked up to [Thierry] Henry when I was younger because he was a tall guy who played on the wing.”

PSV have already explored options to replace Gakpo this summer, as Dutch outlet VI claims that Sporting Lisbon forward Joelson Fernandes is an option to fill Gakpo’s void if he does move to the Premier League. Gakpo will be a big miss if he is chosen as a cut-price signing for Arsenal, as his PSV manager Roger Schmidt said: “He has the potential to grow into a very complete player. Physically, mentally and he is reliable.

“Of course you should always look at the big picture, not just his last game. But if he continues to grow, he can become a top international player.