Tony Adams believes Arsenal can secure a top-four spot this season but only if Takehiro Tomiyasu starts at right back as opposed to Cedric.

Former Southampton man Cedric started in the 3-1 win against Manchester United on Saturday but struggled up against United’s £73m man Jadon Sancho.

Cedric was fortunate not to give away a penalty when he appeared to scoop the ball away with his hand and ex-Gunners captain Adams did not speak highly of the Portuguese defender after the match. 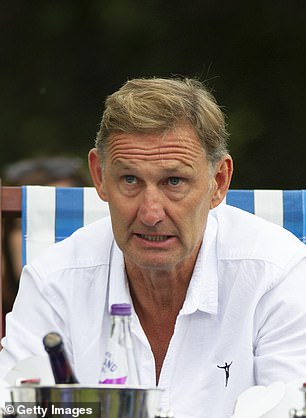 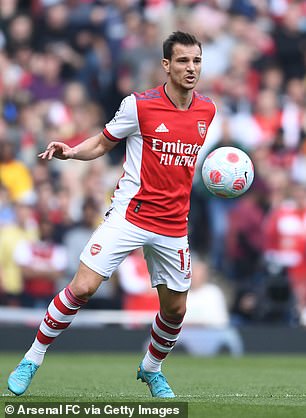 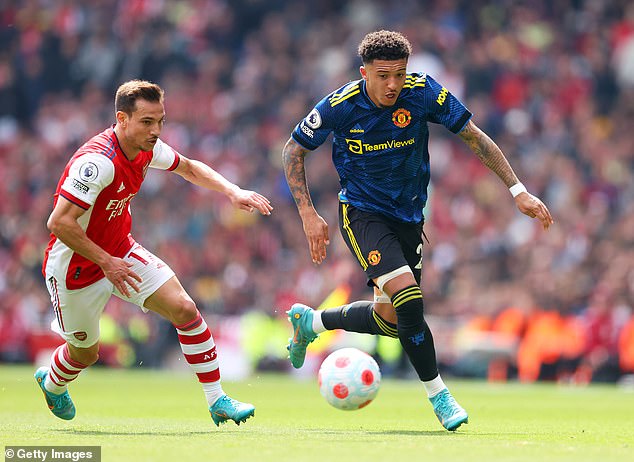 Tomiyasu made his return to action as a late substitute for Cedric and Adams made  no secret of who he’d rather have at right back.

‘Tomi came back right at the end there which is great because I’m still scared about Cedric,’ Adams told Premier League Productions.

‘He scares the life out of me so it’s good to see Tomi back in action. If we can get him back and get solid defensively, I think we’ve got fourth.’

‘It could be a North London shootout now. 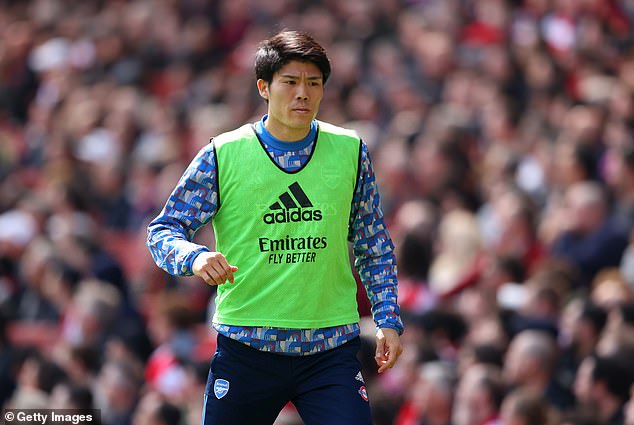 ‘Spurs have got Liverpool away and Arsenal coming up, those are going to be the two pivotal games I think in the top-four race.

‘It’s been a great comeback for Arsenal after those three defeats. We’ve had a few injuries too.’

Arsenal are now two points ahead of Tottenham in fourth place, with the two teams meeting in a couple of weeks time at the Tottenham Hotspur Stadium.