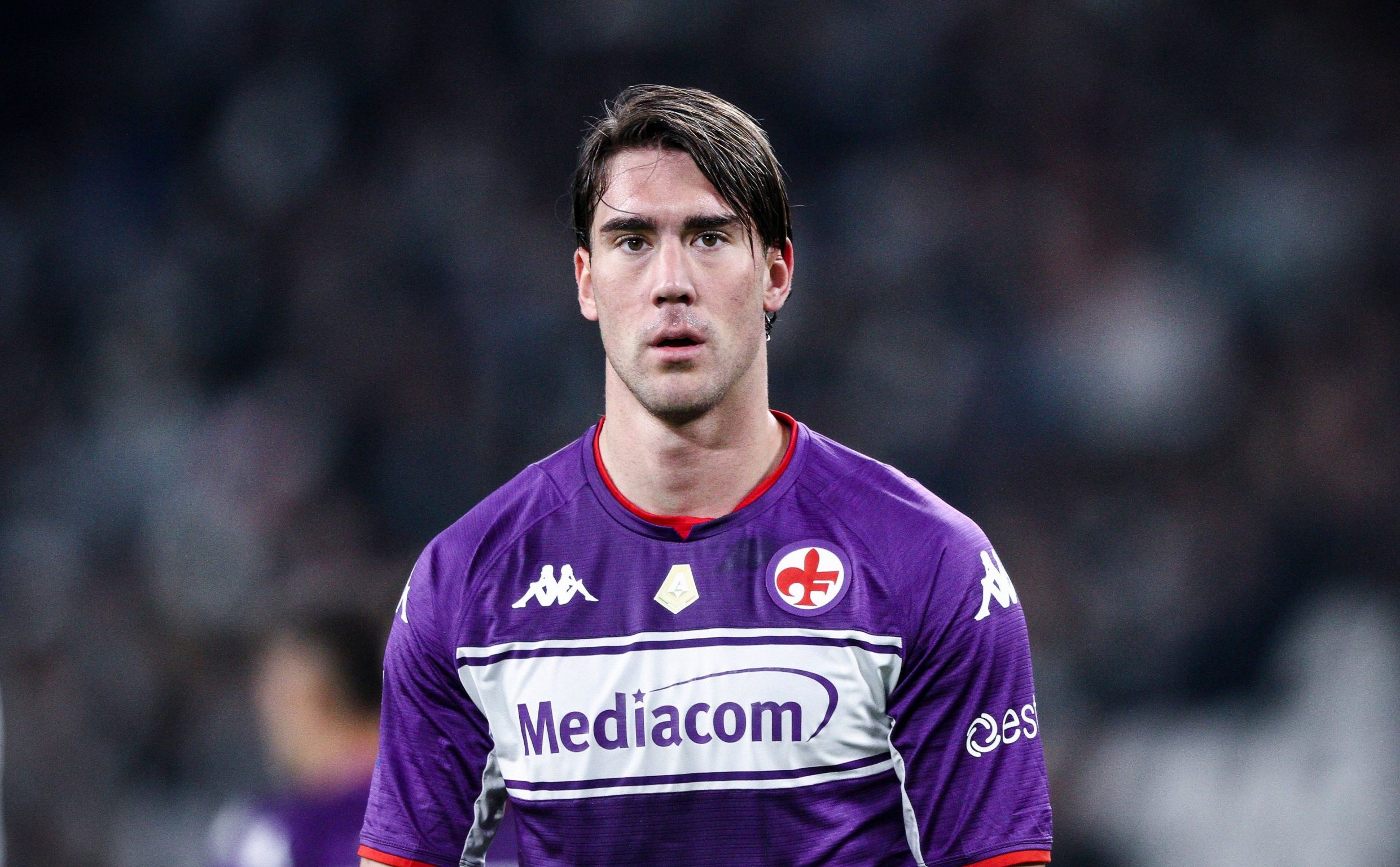 Arsenal have submitted an increased offer of €80 million (£68m) to sign Fiorentina striker Dusan Vlahovic, according to reports in Italy.

The 21-year-old is one of the most highly rated young strikers in Europe and has already scored 13 goals in 16 Serie A matches this season.

Last month, reports claimed that Antonio Conte had already told Spurs’ hierarchy that Vlahovic is one of his top targets ahead of the upcoming transfer window.

But according to Sport Mediaset, Arsenal are attempting to get in front of their north London rivals and have an offer ready to submit to Fiorentina.

The report claims that Arsenal are ready to pay €80m (£68m) for the striker, which is an increase from their first offer, and are now looking to convince the player to join Mikel Arteta’s side.

Speaking last week, Fiorentina’s president Rocco Commisso warned Arsenal and Juventus that they should be negotiating with him directly before approaching Vlahovic.

‘I don’t know if Juventus are able to sign Vlahovic in January,’ said Commisso.

‘But I want to say to Juventus or Arsenal that we [Fiorentina] are the ‘owners’ of Vlahovic. They should open talks with us, not with his agents.’