Eddie Nketiah’s future at Arsenal has been cast into doubt again after the Gunners included his name on a list of the players set to be released at the end of the month.

‘Our thanks and best wishes go out to every player leaving us this month,’ Arsenal wrote on their official Twitter account with a link to a list of their out of contract players.

And Arsenal fans were somewhat surprised to see Nketiah’s name alongside the likes of Alexandre Lacazette, whose return to Lyon has already been confirmed. 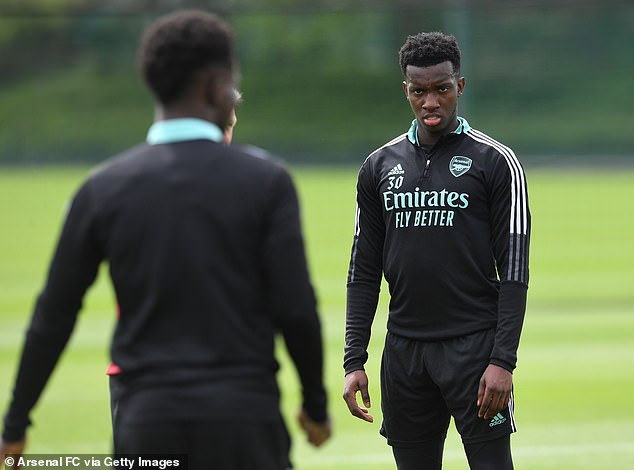 Unlike the others, Nketiah’s name was accompanied by ‘contract offered, ongoing discussions’.

It was widely believed that the 23-year-old had already agreed to stay at the Emirates after receiving an offer of a five-year deal worth in the region of £100,000 per week.

He has also been offered a huge signing on bonus, believed to be up to £5million over the course of the deal.

Nketiah was originally expected to leave the Gunners this summer after rejecting a number of contract extensions – citing his desire to play regularly as the key factor behind his decision.

But the situation changed after he finished the season as the club’s first choice striker, scoring five goals in the final seven games. 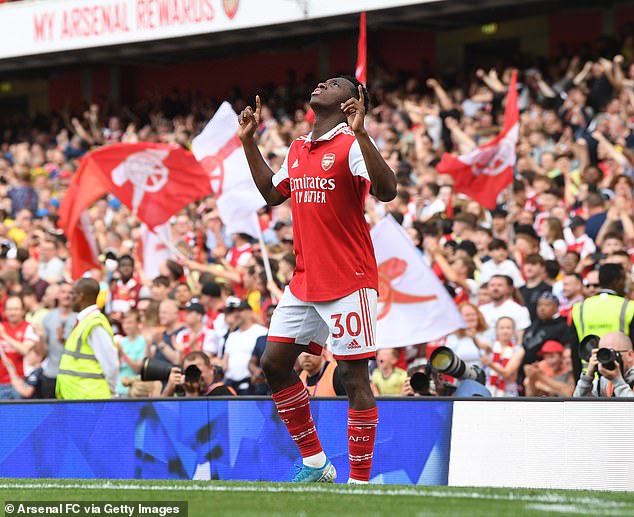 Nketiah ended the season as first choice striker, causing a change of heart over leaving