Arsenal were left empty-handed in their pursuit of Emi Buendia after Aston Villa pipped them to the Norwich star. But Mikel Arteta is still pursuing two players amid a summer of change at the Emirates this transfer window.

Arsenal will move on to their next two top targets after missing out on the signing of Emi Buendia.

It comes after Aston Villa beat the Gunners after agreeing a club-record £30m fee with Norwich for the services of the Argentine – with ex-Arsenal goalkeeper Emi Martinez playing a big role.

For Mikel Arteta, it is a blow after he made a creative midfielder a top priority going into the transfer window.

The loan of Martin Odegaard has proved that a No 10 is needed at the Emirates, which suits their style of play. 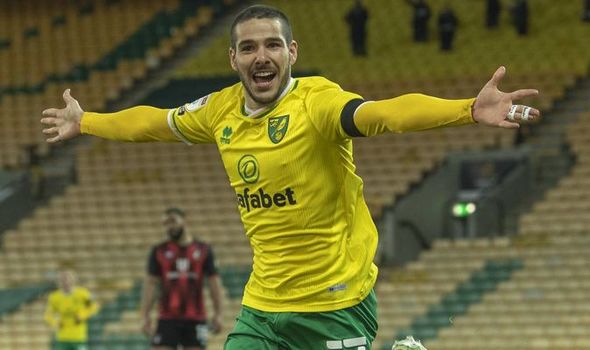 But Arsenal are thinking positively and are already moving onto their next targets.

According to Football London, Odegaard remains the main man while a box-to-box midfielder is also being eyed.

The Norway international has been a success since arriving from Real Madrid on loan in January but his future has always been tied to Zinedine Zidane’s.

With the Frenchman in charge at the Bernabeu, Odegaard was prepared to leave the club but that has changed now Carlo Ancelotti is in the hotseat.

The Italian, who arrived from Everton, has already stated that he is keen on working with the youngster.

It means Arsenal may have to widen their search further and Barcelona star Philippe Coutinho could be back on their radar.

As for the other target, Wolves ace Ruben Neves and Brighton’s Yves Bissouma are being monitored – with the latter frequently hinting at a move to Arsenal. 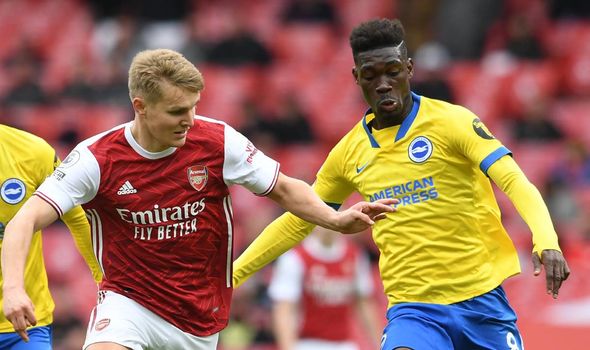 There could be a summer of change in north London this summer with several players looking to leave.

Willian, Granit Xhaka, Bernd Leno, Hector Bellerin and Alexandre Lacazette all have one eye on the exit door while David Luiz will depart when his contract expires.

It means Arteta will have quite the rebuild task but it is one he is keen on.