Arsenal manager Mikel Arteta has reportedly made Rennes midfielder Edouard Camavinga his priority target in the summer transfer window. The 18-year-old only has one year left on his current deal and could be lured away for the right price.

In a transfer window where funds may be affected once more by the effects of the COVID-19 pandemic, meeting the right price may be a problem however.

Arsenal, though, have an array of valuable talents who Arteta may be looking to move on to fund his rebuild in north London.

So here, Express Sport looks at four Arsenal players Arteta will be happy to include in a deal to bring Camavinga to his squad. 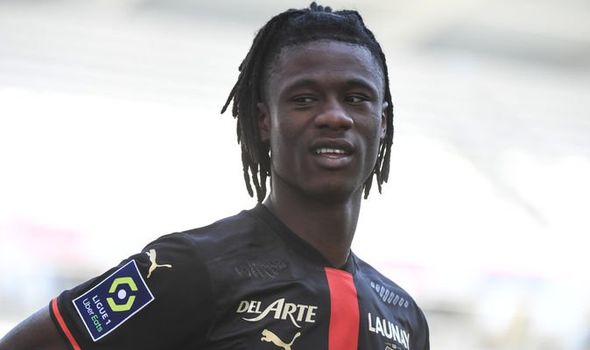 Leno has been one of Arsenal’s most prominent stars amid the club’s struggles.

The Gunners could use Leno to either bolster funds or include him in a deal to bring Camavinga’s hefty price tag down.

Ajax goalkeeper Andre Onana has been heavily linked with a move to the club this summer, which has left many expecting Leno to depart.

The 29-year-old would likely want to move to an elite European club, though, and Rennes’ involvement in the UEFA Conference League is unlikely to attract.

With that said, William Saliba’s young Arsenal career could be coming to an end without even making a single first-team appearance.

Arteta shipped Saliba on loan to Nice this season, where he impressed, but there doesn’t look like much of a future for him in north London.

The 20-year-old could return to France as part of a swap deal for another young prospect in Camavinga. 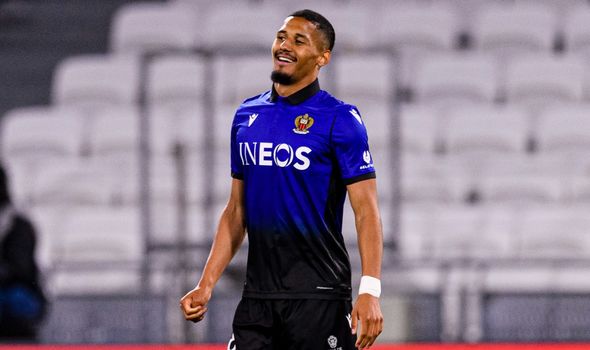 Matteo Guendouzi simply hasn’t got along with Arteta and is deemed one of the likeliest Arsenal players to depart this summer.

Following a loan stint at Hertha Berlin this season, Guendouzi has been linked with a permanent move away, with Marseille and Benfica reported suitors.

Arsenal are said to value him at £20million, which could go a long way in contributing towards a fee for Camavinga.

A return to Ligue 1 will likely appeal to the 22-year-old Frenchman, who could replace Rennes’ departing midfielder.

There is definitely a player within Eddie Nketiah, but it just doesn’t feel like that player will be unleashed whilst bearing the Arsenal shirt.

A fresh challenge could be exactly what Nketiah needs, and he has the ability to be the next of a string of young English players who have thrived overseas.

Rennes can offer European football – albeit not the desired kind – which is something that may appeal to the 22-year-old striker if he has the chance to go there and be first-choice.