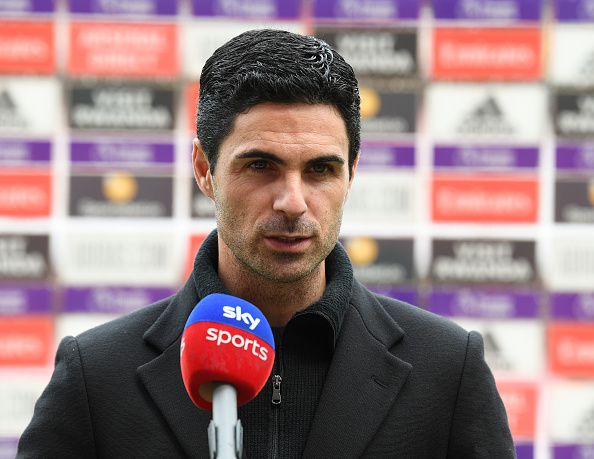 Arsenal have confirmed the four first-team players who will leave the club this month, with their contracts expiring on June 30.

Ceballos, Odegaard and Ryan had all been on loan at the Emirates, while Luiz ends his two-year stay having joined from Chelsea in 2019.

Odegaard could yet be re-signed by the Gunners – reports claim the Real Madrid loanee is Arsenal’s top summer target – but for the time being he will leave.

Arsenal’s chances of signing him may have been hit by the arrival of Carlo Ancelotti to the Santiago Bernabeu – he is reportedly a fan of the Norwegian playmaker.

Ceballos is expected to return to La Liga, while Brighton goalkeeper Ryan’s future is uncertain.

‘Our thanks and best wishes go to the following players across our teams whose contracts officially end with us on June 30, 2021,’ a statement on the club’s website read.

‘All developments regarding players extending their contracts; joining/re-joining us; or leaving us will be officially communicated as soon as they are confirmed.

‘We thank all the above players for their contributions to the club during the periods of their permanent or loan contracts with us.

‘You will always be part of the Arsenal family and we wish you all the best of health, happiness and success in your futures.’

In the under-18 and under-23 squads, Levi Laing, Joseph Olowu, Luke Plange and Jason Sraha are all set to leave.

So too is German women’s star Leonie Maier, who has been with the club since 2019.