Edu says he and Arteta are 'aligned on all decisions'

Arsenal have lowered their asking price for goalkeeper Bernd Leno, according to reports. Gunners technical director Edu was initially looking for £10million for the German but talks are now being held with Fulham over an £8m transfer.

Leno fell behind Aaron Ramsdale in the pecking order at Arsenal last season. He started the campaign in goal but lost his place to Ramsdale after three successive defeats for Mikel Arteta’s side.

Leno wants more regular football in order to earn a spot in the Germany squad ahead of the World Cup in Qatar later this year. Fulham have been linked with his signature for several weeks.

The west London club were not prepared to match the original asking price of £10m. But the Evening Standard says Arsenal have now reduced the price by £2m. 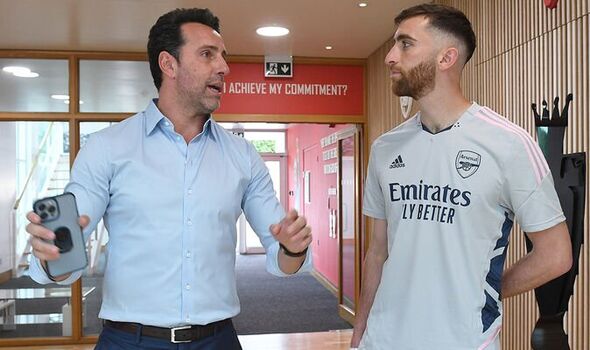 Leno is open to a move to Fulham as he is keen on staying in London. The 29-year-old is in the final year of his contract at Arsenal.

He was one of Unai Emery’s first signings in 2018 and has made 125 appearances since joining from Bayer Leverkusen. Arsenal have already planned for the potential departure of Leno.

They agreed a deal to sign USA goalkeeper Matt Turner in January and officially announced his arrival earlier in the window. Fulham’s priority is to sign a goalkeeper this summer.

They were linked with Paris Saint-Germain’s Sergio Rico but it appears the move for Leno is back on track. Leno could become the first player Arsenal sell this summer. 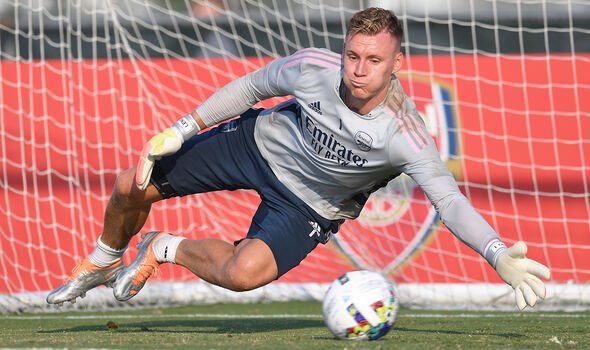 Matteo Guendouzi and Konstantinos Mavropanos left on permanent transfers but only due to obligation to buy clauses in their loan contracts last season. Arsenal have spent almost £120m on new signings, so now need to let some of their squad players leave.

But Edu insists he is still on the lookout for new players if the opportunity arises. The Brazilian told Sky Sports: “I think we have to be prepared for every situation.