Arsenal manager Mikel Arteta has been able to get the best out of Granit Xhaka, something his two predecessors were unable to do, claims former Liverpool midfielder Danny Murphy. Xhaka has hit a rich vein of form this season for the Gunners who sit top of the Premier League table.

The Switzerland international has often been the subject of criticism since joining Arsenal from Borussia Monchengladbach in 2016. His disciplinary record has often let him down at vital moments.

Xhaka famously clashed with his own supporters in late 2019 which saw him stripped of the captaincy by the then-boss Unai Emery. He has come close to leaving on a number of occasions but Arteta has played a big part in keeping him at the Emirates.

Xhaka has played as a left-sided No 8 this season after spending the majority of his Arsenal career as a holding midfielder. Murphy says Arteta has finally found the best position for Xhaka, something Arsene Wenger or Emery failed to do. 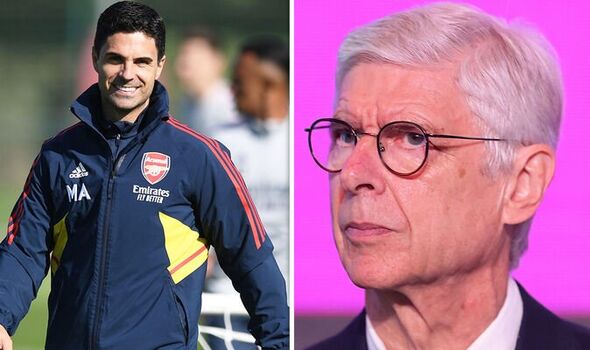 Murphy told talkSPORT: “Sometimes in my job it’s nice to be proven right. I said about four or five years ago when I was heavily critical of Xhaka playing in a holding role.

“He’s not the most athletic and he doesn’t spot danger particularly well – why he was ever playing in a holding role I don’t know. So there’s no surprise to me that we’re seeing him in a more forward role and thriving a little bit more. 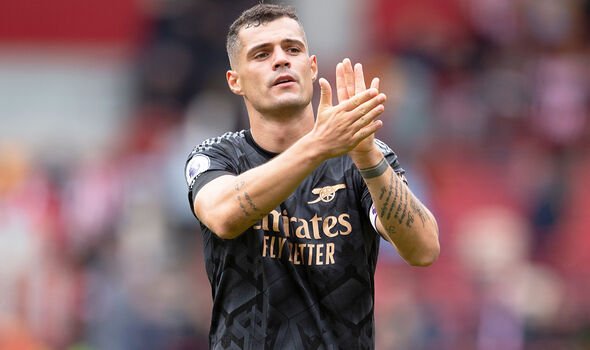 “There’s more freedom in his play, he can make the odd mistake and not worry. So credit to him, he looks a really different man in terms of his body language, his temperarement, he’s not moaning as much, he’s not going into stupid tackles, he looks fitter and he looks like he’s enjoying his football. So he’s been a big plus.”

Xhaka captained Arsenal to a 3-0 win over Brentford on Sunday. And after the match, Arteta pinpointed what impresses him most about the 30-year-old.

Arteta said: “His consistency. How he goes about every day, how he’s learned through different moments in his career whether they are here or with the national team and his willingness over time to stay humble, look forward and try to get better and when you do that normally good things happen.”