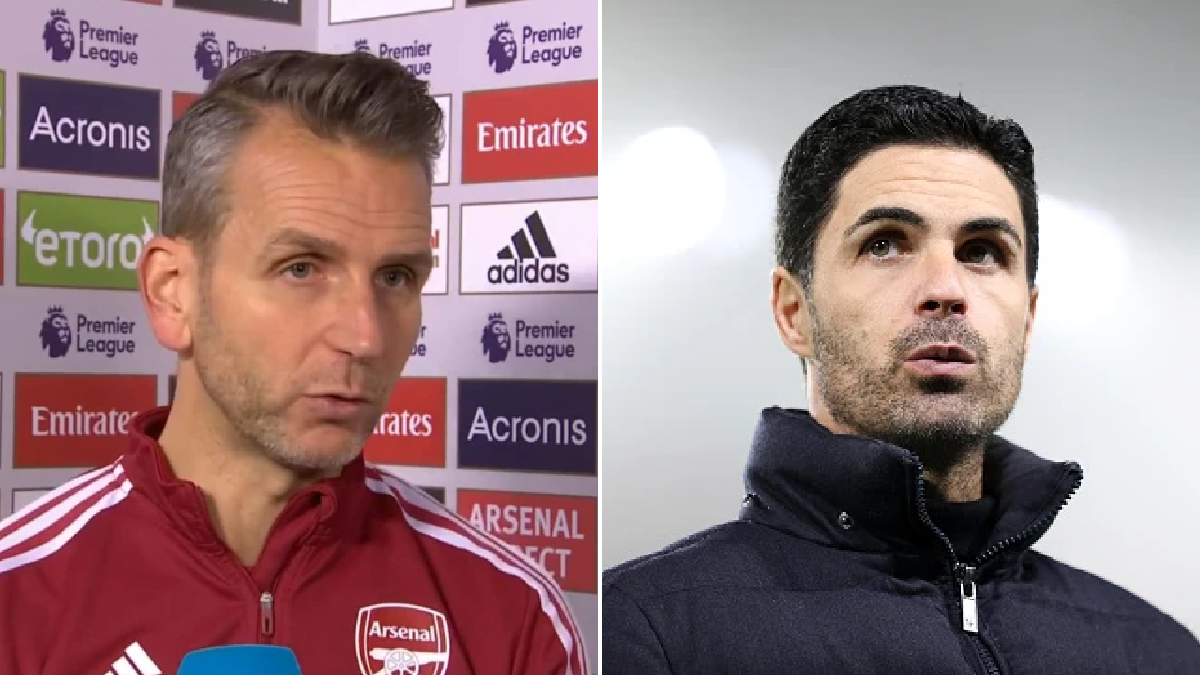 Arteta missed Saturday’s clash with Man City after testing positive for Covid-19 earlier in the week, meaning his assistant Stuivenberg was instead in the home dugout.

Arsenal have enjoyed a superb run under Arteta and took the lead against the defending champions through England star Bukayo Saka.

But Arsenal saw their advantage disappear after half-time as Bernardo Silva was awarded a penalty through VAR and Riyad Mahrez beat Aaron Ramsdale from the spot.

The game completely turned on its head just two minutes later as Gabriel was sent off for a second yellow card, and Man City finally broke Arsenal’s resistance in injury-time with Rodri scoring a dramatic winner.

‘Mikel has the same feelings as me,’ Stuivenberg said. ‘He is frustrated after the performance and seeing the development of the team from the start of the season to now.

‘Are we able to compete against one of the best teams in the world? And we were. We also showed guts and played the game we wanted in the first half. In the end it is frustrating to end with zero points.’

Manchester City’s victory was their 17th from 21 games this season and sees them move 11 points clear of title rivals Chelsea and Liverpool.

But Pep Guardiola admitted his side were second best at the Emirates Stadium and says it was ‘so tough’ for City to perform just three days after their 1-0 win at Brentford.

He said: ‘Arsenal were better. We face a team that in recent years has struggled to be in the top four. They start this season bottom, bottom, bottom.