FIFA 23 is out at the end of the month. And Arsenal and Tottenham players Aaron Ramsdale and Djed Spence feature on the list of the 25 most-improved stars on the game. Both players have come on considerably over the past 12 months, with EA Sports now recognising that in their statistics.

Arsenal signed Ramsdale from Bournemouth in last summer’s transfer window, with many questioning the decision at the time.

However, the England international has become a cult hero at the Emirates Stadium and impressed between the sticks as the Gunners finished fifth in the Premier League table.

On FIFA 22, Ramsdale was given a rating of 74. Now, however, he’s been boosted to 82 after enjoying a fine first season in north London.

Spence, meanwhile, impressed on loan in the Championship for Nottingham Forest last term and has proceeded to join Tottenham.

And he’s gone from 65 to 75 as recognition for his impressive performances over the past 12 months.

When it comes to players getting boosted from FIFA 22, ahead of FIFA 23, Paris Saint-Germain star Hugo Ekitike gets the biggest increase of them all. 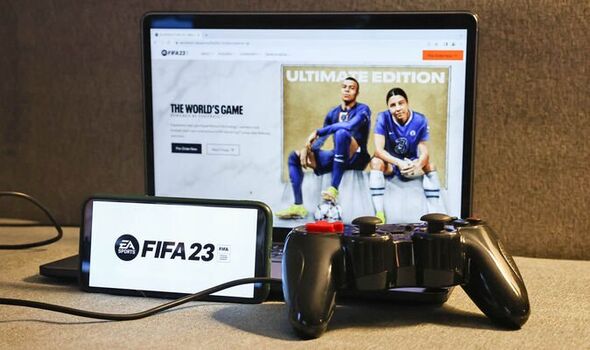 Having been ranked 61 on the previous instalment of the series, he’s been boosted by a huge 15 points to 76.

Southampton’s Tino Livramento has also enjoyed a sizeable increase, going from 61 to 76.

PSG star Vitinha has gone up from 67 to 79, while Stade Resnais centre-back Warmed Omari is now 75 – having been 62 on EA Sports’ last title.

And Gil Vicente FC star Fran Navarro has had his rating upped from 63 to 75 after shining last term.

When it comes to the Premier League’s best players, Kevin De Bruyne leads the way on 91. 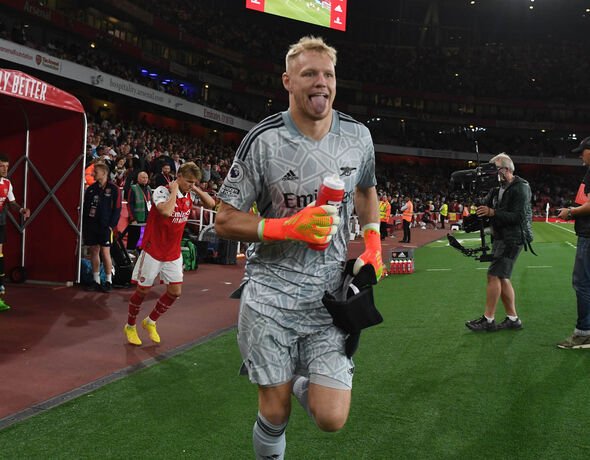 Liverpool duo Mohamed Salah and Virgil van Dijk, as well as Cristiano Ronaldo, have all been given scores of 90.

One below, on 88, are the likes of Erling Haaland, Joao Cancelo, Ruden Dias and Bernardo Silva.

And, on 86, are the likes of Edouard Mendy, Aymeric Laporte, Raheem Sterling and Riyad Mahrez.

On their website, EA Sports have revealed several changes that are coming to FIFA 23 ahead of its release. 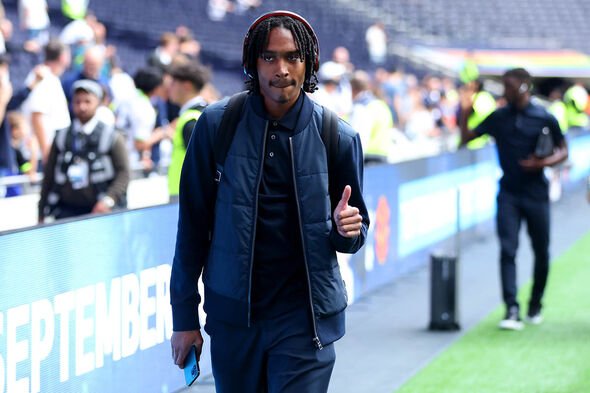 Regarding power shots, they state: “A new skill-based, risk versus reward shooting mechanic brings football’s most powerful and impressive shots into the game.

“Create space away from defenders, pick your spot and trigger a power shot to add additional power to your strike and a chance of the spectacular.”

Set pieces are being revamped, too. EA adds: “A set piece redesign gives you more control over free kicks, penalties and corners, allowing you to choose where you make contact on the ball to change direction, trajectory, curl, and more.

“Plus an update to camera positions on corners better reflects the drama of dead ball situations.”

On physics changing, they say: “Updated physics in FIFA 23 makes a number of on-pitch interactions more natural and realistic.

“Deflections and blocks from defenders and goalkeepers’ arms, legs, hands, and even fingers will now have more realistic outcomes determined by the impact of the ball upon them, as they absorb the power of the shot to affect the ball’s path and create more visually authentic deflections based on the speed and force of each individual strike.”

And they also say: “New collision prediction system enhances players’ awareness on the pitch, allowing them to move intelligently to avoid tackles and collisions.

“New animations and mechanics bring more natural football variety into FIFA 23 to bring the game closer to the real world.

“Hard clearance slide tackles, physical tackles, and even backheel tackles give you more ways to defend against oncoming attackers.

“Tactical enhancements mean AI opponents better react and respond tactically to the on-pitch situation, including factors like score, match time, and available players on the bench to change and update formations and playing style mid-game.”