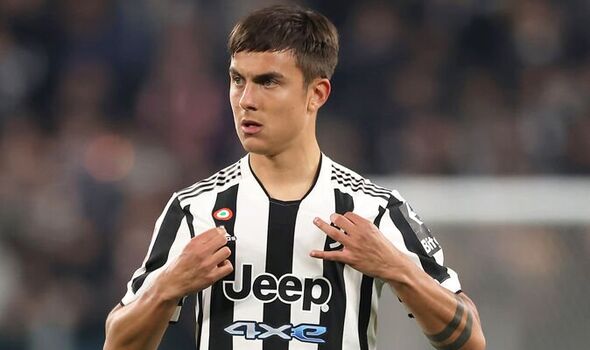 Arsenal and Manchester United have both made contact with the representatives of Paulo Dybala regarding a possible summer move, according to reports. The English giants have also requested to be kept informed of any developments to the player’s future ahead of the upcoming window.

Dybala is out of contract at Juventus at the end of the season. He is expected to leave on a free transfer after failing to agree a new deal.

ESPN reports that Arsenal and United are two of the clubs to have shown an interest in signing the Argentina international. Newcastle have also approached the player’s agents, with Tottenham also holding a long-standing interest.

Arsenal, United and Newcastle want to be kept up to date with Dybala’s situation. But there is also said to be interest from elsewhere, including clubs in Italy and Spain.

The report claims Dybala was offered a new contract by Juventus of around £160,000-a-week after tax. However, the signing of Dusan Vlahovic in January led to a change in proposed terms from the Serie A giants.

Both Arsenal and United are set to be in the market for forward players this summer. Alexandre Lacazette and Eddie Nketiah are both out of contract at the Emirates at the end of the season.

Lacazette has scored just four Premier League goals this term and is yet to hit the back of the net from open play in 2022. Gunners boss Mikel Arteta is hopeful Eddie Nketiah, who has started the last three league matches, will pen a new deal.

But Arteta cannot solely rely on Nketiah to lead his line next term. Manchester City’s Gabriel Jesus and Napoli’s Victor Osimhen are other targets for the north London side.

Meanwhile, United interim boss Ralf Rangnick believes the club should target two strikers this summer. Rangnick will be replaced by Erik ten Hag but thinks there is too much reliance on Cristiano Ronaldo at Old Trafford.

Speaking after Thursday’s draw with Chelsea, Rangnick said: “Right now we very much rely on Cristiano, he also showed a good performance when Chelsea were in possession. There has to be a focus on bringing in a couple of new strikers for sure.”

Dybala has the versatility to play in a number of positions across the front line. He has scored 114 goals for Juve in 288 appearances since joining from Palermo in 2015.