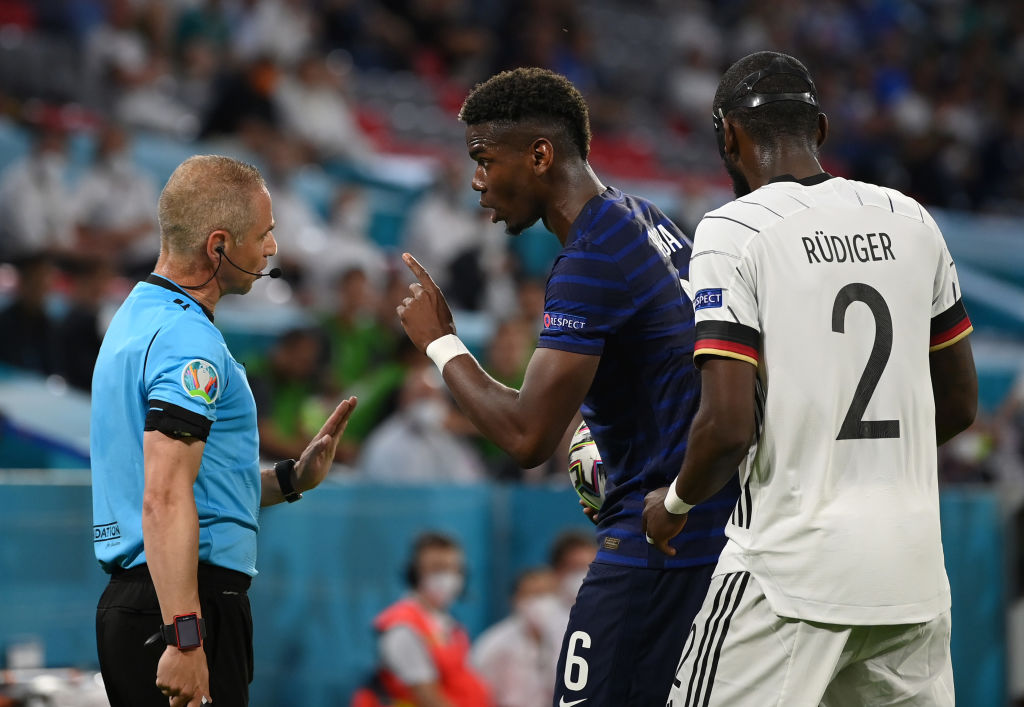 Antonio Rudiger admits he was in the wrong following his bizarre altercation with Paul Pogba during Germany’s Euro 2020 defeat against France in Munich last night.

The Chelsea defender appeared to make contact with his mouth on France midfielder Pogba’s back in Tuesday’s Group F opener.

Rudiger has now moved to clarify the situation and revealed he has spoken to Pogba about the incident and maintains there is no lingering ill-feeling between the two.

‘I should not come close with my mouth to his back, no doubt about it,’ Rudiger said. ‘It looks unfortunate. Paul and I have talked about it as friends after the final whistle.’

‘I’m not crying for cards, yellow, red cards, because of such actions,’ said Pogba. ‘He nibbled, I think, a little bit on me. But we have known each other for a long time.

‘I told the referee and he takes decisions and he took a decision. It’s over. It was a great match for us, and I didn’t want him to be suspended because of such a situation.

‘It was towards the end of the match. We hugged each other and that’s it.’

Reigning world champions France got their campaign off to a positive start thanks to an own goal from Germany defender Mats Hummels.

Kylian Mbappe and Karim Benzema both saw strikes chalked off for offside and Adrien Rabiot struck the outside of a post as Les Bleus pushed for a second.

Thomas Muller, Ilkay Gundogan and Serge Gnabry could not capitalise on openings for Germany in an engaging contest.