Antonio Rudiger has opened up on his future at Chelsea ahead of this weekend’s Champions League final. Rudiger is about to enter the final year of his contract with the Blues and is yet to make a decision about whether to sign an extension.

The German defender was out of favour under Frank Lampard but has become one of Thomas Tuchel’s most reliable players over the past few months.

Rudiger played just four times in the Premier League under Lampard this season and although he rejected suggestions of a difficult relationship with the former Chelsea midfielder, he has certainly enjoyed a more prominent role under his successor.

The 28-year-old has been a key component of a defence which has kept 18 clean sheets in the 29 matches under Tuchel, who has been very complimentary of him.

Tuchel was reportedly keen on signing his compatriot when in charge of Paris Saint-Germain and the Chelsea manager is now hoping Rudiger will sign a new deal at Stamford Bridge.

“Nothing is better than what he is doing for a new contract,” Tuchel said earlier this month.

JUST IN: Chelsea may have Messi transfer chance after Guardiola’s Man City hint 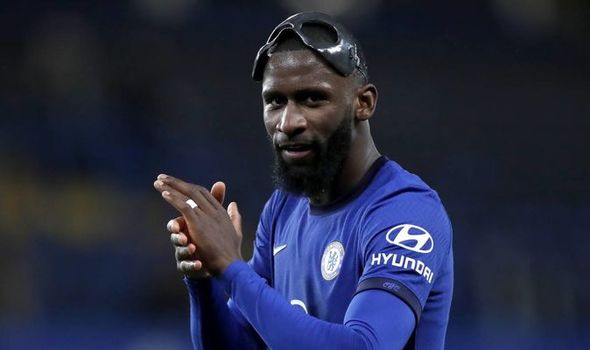 “If he wants to have a new contract he has our full support to stay at the club. He is speaking with his performances. He has been amazing since day one.”

Ahead of the match, Rudiger was asked about Tuchel’s comments and his future at the club.

“That’s nice and I’m happy too,” he told Kicker.

“You always make your decisions to some extent dependent on the coaching staff, but in the long term you can never rely on them anyway.

“After the European Championships, we can talk.”

Liverpool may have one final concern on Ibrahima Konate transfer

Rudiger is likely to start for Chelsea against Man City in Porto this weekend before heading off to join up with the Germany squad for the Euros.

But for now all his attention is focused on beating City for a third time this season, following the Blues’ 1-0 win in the FA Cup semi-final in April and their 2-1 in the Premier League earlier this month.

“City will have the ball more often than we do, we know that,” he said.

“But in the back row there are more or less direct duels. Every defender should have the courage to play one-on-one duels.

“If we don’t get high into midfield pressing and play the balls to the top, then you have to work hard and, above all, be willing to suffer.”