‘He deserved a night like this’: Antonio Conte hails goalscoring hero Richarlison after the Brazilian forward scored a late brace on his Champions League debut to help Tottenham beat Marseille

Antonio Conte heaped praise on Tottenham’s two-goal hero Richarlison for hitting the right notes on his Champions League debut in a 2-0 victory over Marseille.

The £60million summer signing broke the deadlock in the 76th minute when he headed home Ivan Perisic’s cross from the left to open his account for the club.

Richarlison grabbed his and Spurs’ second five minutes later with an even better headed effort and it earned the hosts all three points from their Group D opener, which had been difficult before Marseille were reduced to 10 men in the 47th minute after Chancel Mbemba’s red card. 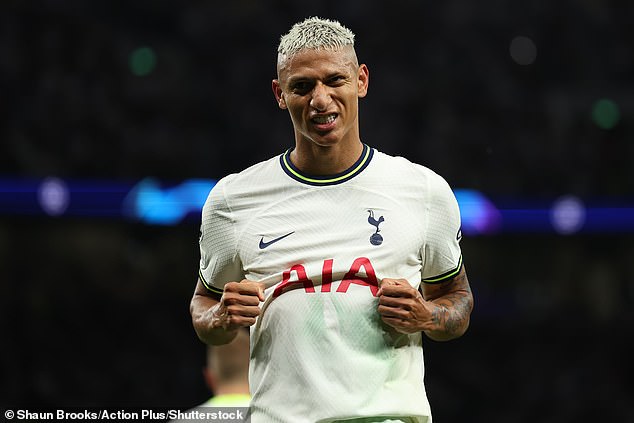 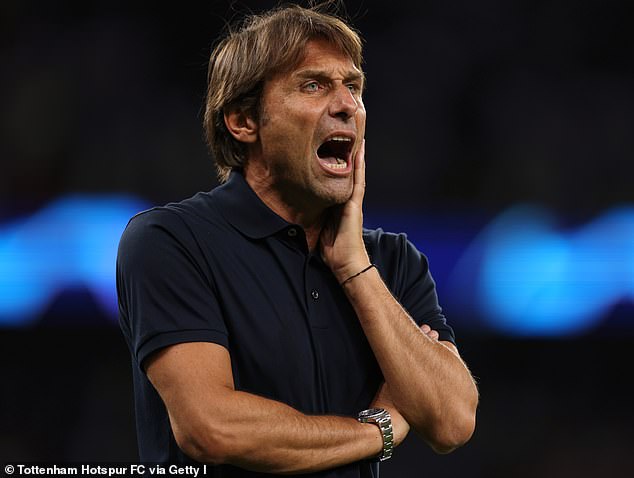 ‘First of all I am happy for Richy because he deserved to have a night like this,’ Conte said.

‘I remember very well when we signed him he said I can’t wait to play and listen to the Champions League music. Not many words but important words for me.

‘Today, this morning I remember him and said “Richy I remember what you say, tonight you have this opportunity and chance. Enjoy this moment and try your best”. He did his best and helped us get three points in a difficult game because Marseille is a really good team.

‘We signed Richy because we tried to sign a player that was able to play in all three positions. For this reason we hadn’t had any doubts to sign him. We did this quickly because our idea and vision was very clear, especially for this reason.

‘Richy is more of striker than Deki (Dejan Kulusevski) but at the same time he can play in Son’s position, in Harry Kane’s position and Deki’s position. For us this is very important because for sure when you make rotation, you don’t drop the quality.’

After a lacklustre first half from Spurs, the hosts received a timely boost straight after the break when Mbemba was given his marching orders for a foul on Son Heung-min while last man. 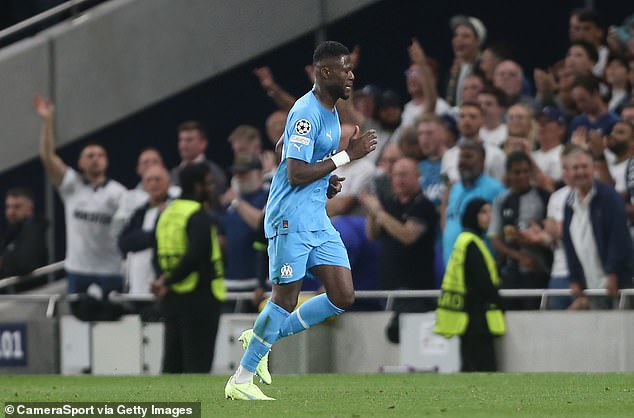 It failed to significantly jolt Tottenham into life and Kulusevski was introduced on the hour mark with Conte keeping four attackers on the pitch, but moments before Richarlison’s opener he made the decision to bring on defenders Japhet Tanganga and Ben Davies.

The Italian insisted he made the decision to freshen up the Spurs defence, but conceded he could be forced into rotation for Saturday’s clash at Premier League champions Manchester City or next week’s Group D trip to Sporting Lisbon.

Conte added: ‘I tried also to create difficulties with the substitutions because we forced a lot to be really, really offensive to have Deki and the three strikers with Perisic one v one.

‘Then I changed the two central defenders with fresh central defenders to push on one side with Japhet and Ben Davies on the other. Then at the end we got three points and very important for us. To start this competition in the best possible way is really important.

‘I am a bit worried because we are going to play against City in only two (sic) days and it is not easy because I think some players need to rest and to recover. 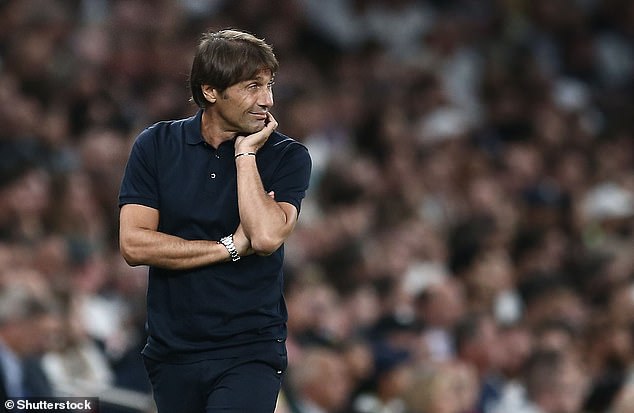 ‘Now we have to manage very well the big decisions for the game against City. I trust in my players and for sure we have to make rotation because it would be impossible to play with the same players on Saturday and then also on Tuesday. It will be impossible. Not easy against City, for sure.’

Conte, who previously managed Chelsea in England, was also asked about his former club’s decision to sack Thomas Tuchel on Wednesday.

But he insisted: ‘Honestly I don’t want to be disrespectful and I think when another club takes a decision, OK it is right to not comment because you don’t know what happened.’

He said: ‘We were doing very good. It is not easy to come here and dominate like we did. After of course we are disappointed because we lose and then the red card decides the game.

‘With one player less and with two crosses into the box, two shots on the goal. The statistics say they had two shots on goal so that is my analysis.’