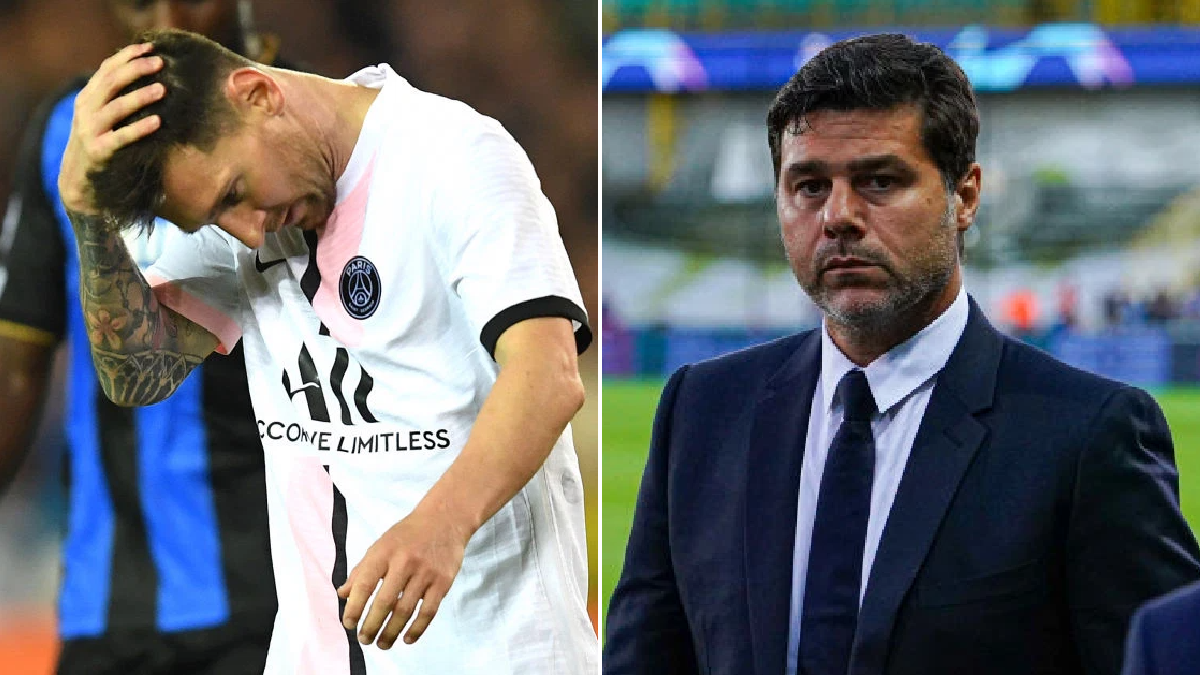 Antonio Conte has leapt to the defence of Maurico Pochettino after Paris Saint-Germain and Lionel Messi faced huge criticism for their performance in Wednesday’s 1-1 draw against Club Brugge.

The French side – who added a host of superstars to their squad over the summer – took an early lead through Ander Herrera in their opening Champions League group game but were pegged back by Hans Vanaken’s equaliser and could not find a winner.

Messi was making his first start for PSG since leaving Barcelona but had a quiet game, missing a great chance to put his side ahead late on, while the entire attack struggled to click.

Former PSG striker Nicolas Anelka was particularly critical afterwards, telling French TV: ‘Brugge were better in terms of intensity, the midfield battle, shots on target, in every area, so congratulations to them.

‘We expected PSG to play well, but it’s the PSG we don’t want to see. Nothing went well. There was no intensity, no tracking back, nothing going forward. If they play like that, it’s not going to be possible.’

There are already rumblings that Pochettino’s style is a bad fit for a collection of superstars who may not be inclined to press or track back, but Conte – who has been linked with the PSG hotseat in the past – says any manager would struggle.

Speaking to Sky Italia after PSG’s draw, the former Inter boss said: ‘To find the balance at PSG is not simple, but not only for Pochettino, it would be difficult for anyone.’

Pochettino himself admitted that his side’s performance had not been up to scratch across the board, but he was keen to stress that it would take time for so many new players to all gel and urged fans to be patient.

‘Hats off to Club Brugge. They wanted it more than us tonight and they deserve the point.

‘We didn’t have a good evening. We have to stay calm, keep working and take the time we need. Things will get better.’

On the lack of understanding between his three attackers – Messi, Neymar and Kylian Mbappe – Pochettino added: ‘We need time to work for them to build an understanding. That’s been clear and we’ve said that in recent days. We still have to create a team.’