‘Sometimes you can have a mistake but after that you need to move on quickly and he did’: Carlo Ancelotti hails Jordan Pickford’s ‘personality’ for overcoming recent criticism and calls him England’s ‘best goalkeeper’

Everton manager Carlo Ancelotti believes goalkeeper Jordan Pickford has the required personality to shrug off the recent criticism of his performances.

Pickford’s mistake, letting Christian Benteke’s equaliser slip under him, in the 3-1 win over Crystal Palace put the focus back on his individual form after a mixed last 18 months.

The England number one was criticised by former player turned pundit Gary Neville in September for laughing when 3-1 down to Manchester City, while plenty have been quick to scrutinise Pickford over other perceived failings. 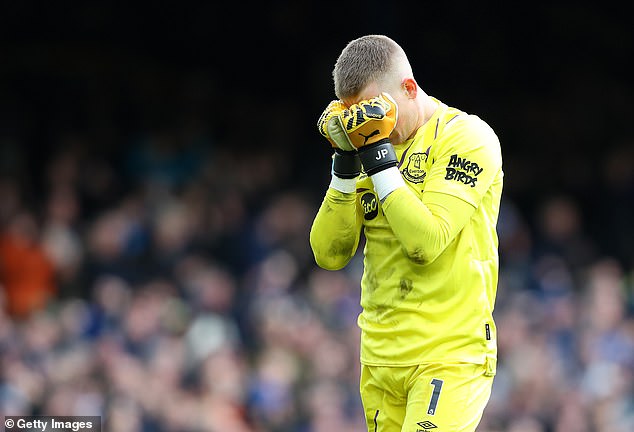 But the 25-year-old has received the backing of his manager ahead of Sunday’s game at Arsenal as Everton try to continue their push for a European place.

‘To be England No 1 is a responsibility I think he deserves,’ Ancelotti said in a pre-match press conference. ‘In my opinion he is the best English goalkeeper.

‘I’m not so afraid about the critics. In the game against Palace he did a mistake and he did a fantastic save. This is the job of the goalkeeper.

‘Sometimes unfortunately you can have a mistake but after that you need to have the personality to move on quickly and he did. I think also for this reason, not only his technical quality, he is the goalkeeper of the national team. 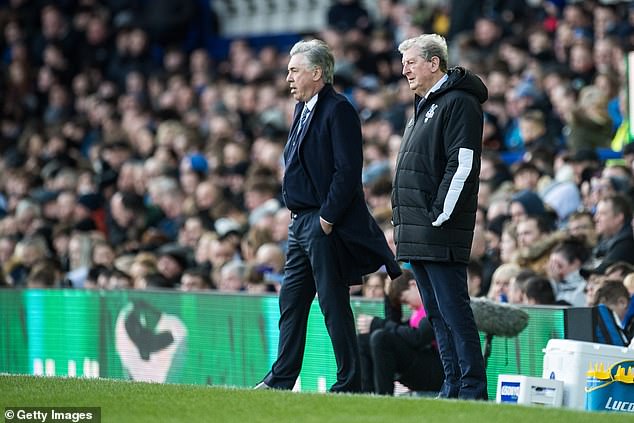 ‘He is a complete goalkeeper because now in the modern football you cannot ask the goalkeeper to only save shots, he has to play with the ball.

‘He is one of the players that plays most with the ball so he has to be a complete player.’ 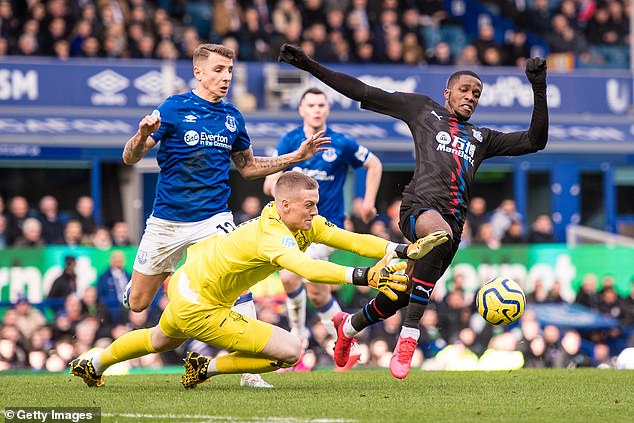 The 60-year-old manager said: ‘To be England No 1 is a responsibility he deserves’

Injuries to Harry Kane and Marcus Rashford have improved Calvert-Lewin’s chances of a place in the squad and the 22-year-old has scored 13 goals so far this season.

‘I don’t want to give a recommendation to Southgate, he knows his job,’ Ancelotti added.

‘What I want to give a recommendation is to Dominic to continue to keep going, to try to improve. He is doing well but he can do better, he knows.

‘He and Richarlison did a fantastic job until now, they are really dangerous and this is what we ask of them, to be dangerous in front (of goal).’