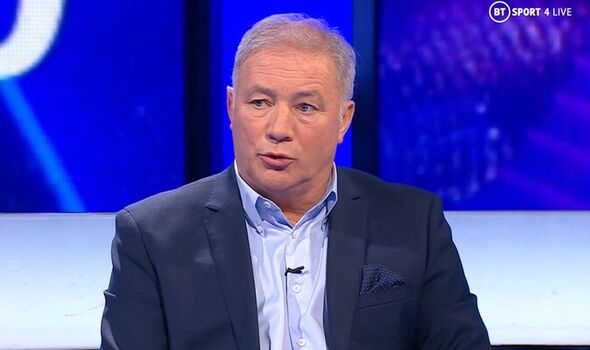 Ally McCoist did not hold back in his assessment of Rangers as he let fly with a furious rant during their Champions League clash with Ajax on Wednesday. Giovanni van Bronckhorst’s side fell 3-0 behind in the first half in Amsterdam just four days after the Old Firm humbling by Celtic.

Edson Alvarez opened the scoring for Ajax in the 17th minute, heading in from a Steven Berghuis corner. The hosts doubled their advantage through Berghuis, when his shot was cruely deflected past Rangers goalkeeper Jon McLaughlin.

The game was all but over just a minute later. Mohammed Kudus’ fine strike in off the post left the visitors stunned.

McCoist was strongly critical of Rangers during the 4-0 loss at Celtic on Saturday. And at half-time on Wednesday, he made his feelings brutally clear.

The Scot said: That’s really poor. Really, really poor. There’s no spirit, doesn’t look as though there’s any fight, there’s certainly a lack of belief, if no belief at all. Two of the three goals defensively have been horrendous. 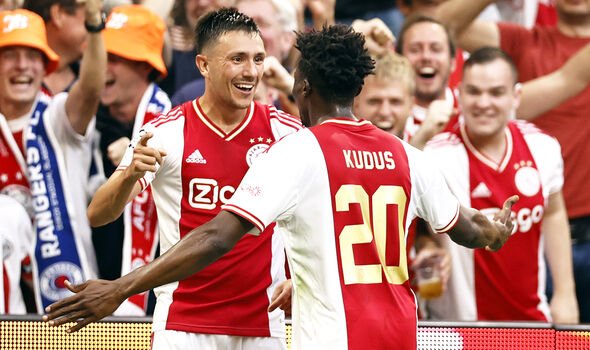 “You can argue the second one is a little bit fortunate but where do you start? There’s been absolutely no positives at all.

“It’s been a really, really poor 45 minutes, which has just been a continuiation from the weekend.”

McCoist was particularly aggravated by Ajax’s first goal. He hit out at centre-back James Sands for making it too easy for Alvarez and also criticised the club for the sale of three key players in the summer.

“The problem is, and I keep harping on about it, you lose [Leon] Balogun, you lose [Joe] Aribo, you lose [Calvin] Bassey – you lose three good players – but you lose a real physicality in your team. You lose defensive strength at set plays.

“You’ve only got one player in your team, right now looking at that Rangers team, you’ve got one player, and he’s not been great at it by the way, and that’s Goldson that looks capable of winning a defensive header. In the modern game, particularly at set plays, that is not good enough.

“That you can accept. But a free header like that, and it’s not the first time. And nobody on the post by the way.”

McCoist admitted Ajax’s second goal was lucky but could not accept James Tavernier’s role in Kudus’ strike. He continued: “Tavernier comes to Kudos. The finish is out of this world, I need to tell you that, that’s an arrow.

“But once the ball comes there, at the very least he should be made to go back towards his own goal. He should not be allowed to turn and get a run on you and have the physicality to get across you, because this is what can happen.

“When you play against top players in the Champions League, this is the best competition in the world, that’s what can happen. He is allowed to turn which he cannot afford to be.”