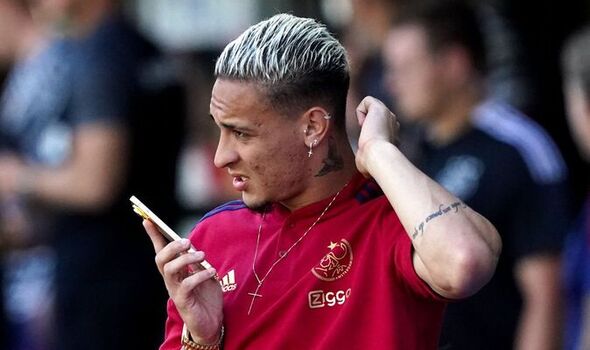 Ajax are set to hold firm in their bid to keep Antony out of Manchester United’s clutches after one of the Brazilian’s representatives flew to England for further discussions with the Red Devils earlier this week. The Dutch giants have slapped a £68million price tag on the 22-year-old and remain adamant they will not soften their position on a sale following Lisandro Martinez’s £57m move to Old Trafford.

United boss Erik ten Hag has personally requested the signing of his former forward, who has already publicly outlined his desire to test himself on English shores.

But the Ajax hierarchy have collectively decided there will be no more marquee sales this summer after already offloading Martinez, Sebastien Haller, Ryan Gravenberch and Noussair Mazraoui.

When asked if he was afraid Antony will leave, Ajax boss Alfred Schreuder said:  “No, no. We have sold a certain amount of players and I am expecting nobody else to leave.

“We talk on a daily basis. It would be bad for us if we would lose another starting player.” 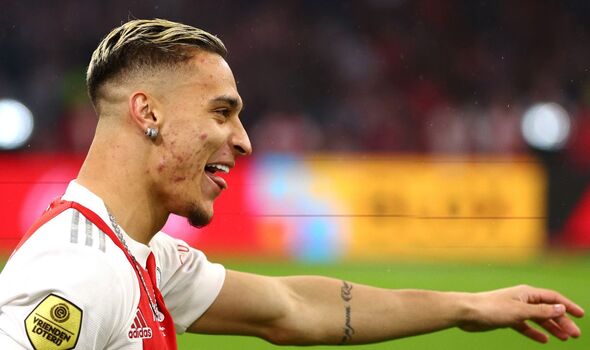 The agents working on behalf of Antony have already pleaded with the Eredivisie champions to reduce their asking price in fear their client will be denied his dream move to the Premier League.

However, United may be forced to explore other transfer targets with Ajax insistent the player is not for sale – unless an irresistible offer arrives.

Antony has already been part of Ajax’s official first-team photoshoot ahead of the new campaign and they firmly expect him to spearhead their title defence next season under their new manager.

Other Premier League clubs – including Liverpool and Tottenham – have also monitored the Brazil international but United are alone in the sense that they have actively explored a deal this summer.

United are seemingly in no hurry to replace Cristiano Ronaldo, who they believe will still be a Manchester United player come the end of the transfer window.

The Portuguese superstar remains in Lisbon and is excused from United’s pre-season tour of Australia due to family reasons.

In the background, super-agent Jorge Mendes is continuing to float him to a list of European clubs with Atletico Madrid seemingly Ronaldo’s preferred destination of choice.

Atletico have distanced themselves from any deal though, stating they have no interest in signing the 37-year-old.

United are refusing to lie down in their pursuit of Frenkie de Jong though – even though the deal is seemingly at a deadlock.

A basic fee has already been agreed with Barcelona but the player does not want to move to Old Trafford as he looks to turn his Barcelona career around.

Ruben Neves and Youri Tielemans are among the names that could fall under interest, should United decide to move on from De Jong.

United’s work in the transfer market is far from done but with just two weeks left until the start of the 2022/23 Premier League season, Ten Hag will be keen for the board to get a move on in their pursuit of new recruits.