A third Ajax player has skipped training in a bid to complete a transfer to the Premier League, according to reports. Midfielder Mohammed Kudus, who has been linked with Everton, has followed in the footsteps of winger Antony and midfielder Edson Alvarez in trying to force a move away from the Eredivisie side.

Antony joined Manchester United from Ajax in a huge £84million deal, arriving after team-mate Lisandro Martinez had made the same switch. Mexico international Alvarez is the subject of interest from Chelsea.

Now the 22-year-old central midfielder Kudus has followed in their footsteps. Everton have been linked with a move as they try to improve Frank Lampard’s move.

The Ghana international apparently ‘skipped’ training on Tuesday in a bid to ensure the transfer goes through. However, Ajax are remaining firm that the player will remain in Amsterdam after they let go of several key players during the summer. 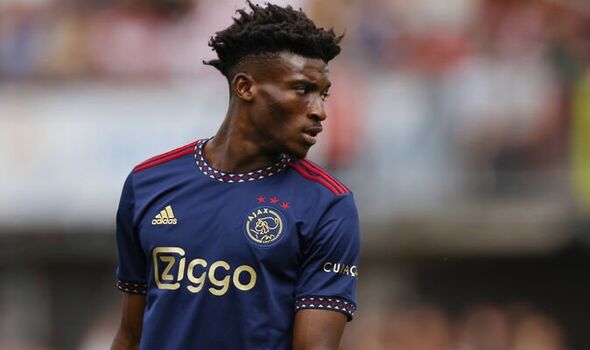 That is according to the Daily Mail, who claim that Kudus tried repeating the tactic used by Antony and Alvarez. The latter could also be denied his move after seeing a £43m bid from Chelsea rejected by Ajax.

Everton are set to have a busy final few hours of the transfer window. Express Sport understands that a return for Idrissa Gueye is complete, while Manchester United ace James Garner is also poised to join the Toffees.

The Toffees are also expected to fend off interest from Chelsea in star attacker Anthony Gordon. The West Londoners had made an offer earlier in the transfer window but it was rebutted by the Merseyside club. 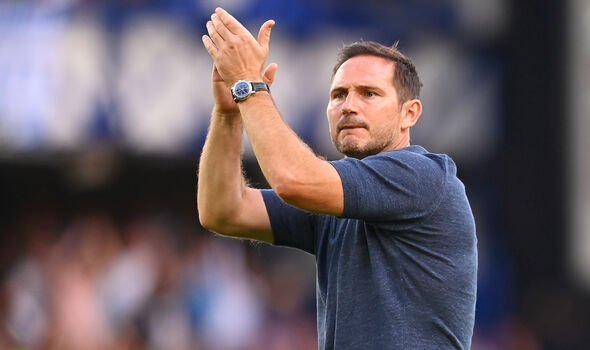 Lampard reiterated that Gordon would not leave after the forward scored his second goal in as many games in the 1-1 draw with Leeds on Tuesday. “Anthony is too important a player,” the former Chelsea midfielder said.

“He has showed his worth in the last two games, it is too late [for a deal]. He is going to be special. In the bigger picture, he has an affiliation with the fans. It is a process, can we build around that?

“The interest in him is because he is a top player and why we are so keen to keep him. You saw the reasons why (we think so highly of him) in the last two games. He is our player, he has come through, he is a very good player and will get better and better.

“Adding goals is the next step and the hardest step. He is a special player for me. I am delighted.”