After conceding more goals than Liverpool and Manchester City combined last season, Erik ten Hag has easily identified that Manchester United’s defence needs strengthening. However, his ex-player Jurrien Timber appears to have turned his back on a move to Old Trafford.

The arrival of Raphael Varane last summer was supposed to solidify the Red Devils’ defence, but he and Harry Maguire struggled to form a strong partnership. And even when fringe players like Victor Lindelof and Eric Bailly entered the fray, United’s backline leaked goals.

With a significant budget to spend, Ten Hag appeared to turn to one of his ‘tried and tested’ centre-backs in Timber, who he worked with for the past two seasons at Ajax. However, reports have circulated that the 21-year-old has decided not to leave the Eredivisie because he is keen to impress before the Qatar World Cup.

Ajax’s new manager Alfred Schreuder has revealed that he is under the impression he will be working with Timber next season. He told ESPNnl: “I have spoken with Jurrien and I am assuming he is staying at Ajax. 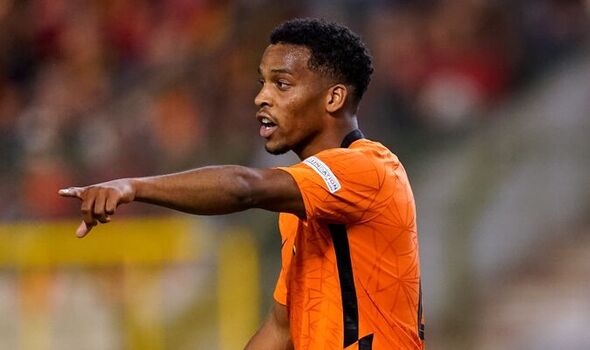 “Timber is a smart guy and he knows what is best for himself. We think he is not done at Ajax yet.”

It remains to be seen whether Ten Hag believes he can persuade Timber to join him at the Theatre of Dreams, or if he turns his attention to other targets. The newly-appointed boss has shown already his summer that he is putting his faith in players that he has worked with previously rather than fresh faces. 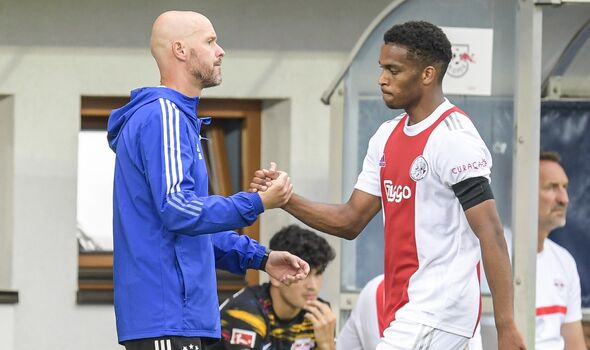 The manager is keen to solve United’s midfield woes by reuniting with Frenkie De Jong. The Barcelona playmaker was brought into the Ajax first team by Ten Hag and established himself as one of the most exciting young talents in world football under his management.

Antony, also of Ajax, is believed to be a top target of Ten Hags. The Brazilian scored eight and assisted four in 23 league appearances last season and is expected to set United back £69million if they pursue the 22-year-old.