Dele Alli and Jose Mourinho ‘FELL OUT before Spurs lost to Everton’, claims Gabriel Agbonlahor, with the England star potentially bound for Real Madrid as makeweight in Gareth Bale deal

Dele Alli and Jose Mourinho fell out before Tottenham’s weekend defeat to Everton, according to Gabriel Agbonlahor, with the England star now a potential makeweight in Gareth Bale’s sensational return.

Midfielder Alli was taken off at half-time for Moussa Sissoko on Sunday afternoon as Spurs opened their Premier League campaign with a 1-0 home loss.

And Agbonlahor has claimed Alli had a disagreement with Mourinho in the lead-up to the season opener. 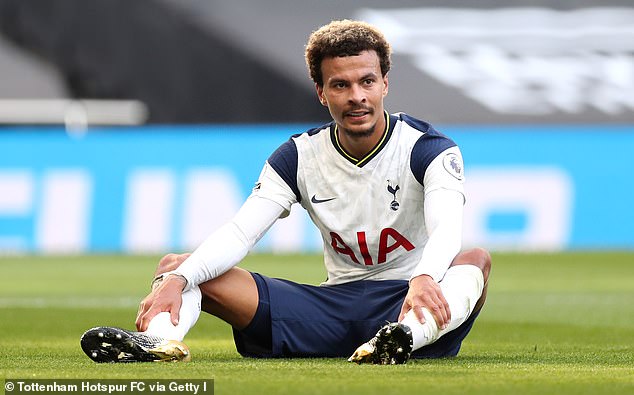 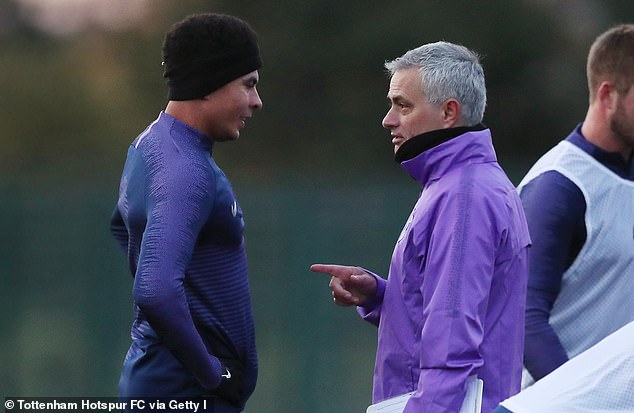 Alli and Mourinho have had a rocky relationship, as revealed by the recent Amazon series

He told talkSPORT on Tuesday: ‘I feel like they need a No 10 as well because I’m hearing from a good source that Dele Alli and Mourinho have fallen out.’

And Agbonlahor added on talkSPORT’s Breakfast show on Wednesday: ‘We’ve seen it so many time with Jose Mourinho, he can kill players. He has done it at every club he’s been at. At Man United, he tried to do it with Pogba and Shaw.

‘I feel that Dele Alli could be his new target. You see what he did with Danny Rose, which was a disgrace and he’s still Spurs’ best left-back.

‘I feel with Dele Alli, something has happened there between them. From what I heard, he wasn’t even meant to start the Everton game.

‘Steven Bergwijn had a migraine in the warm-up or before the game and that’s why Alli started. 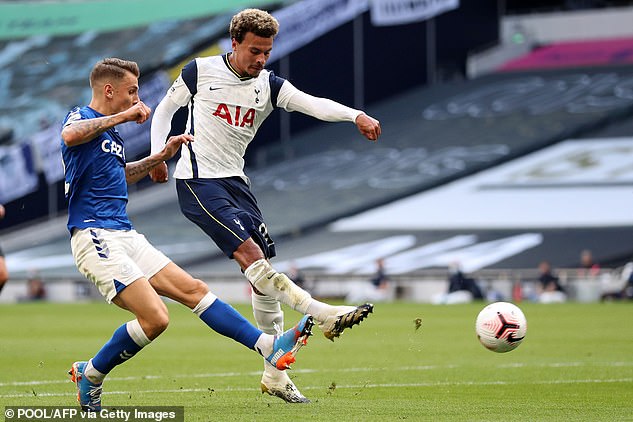 ‘There is something going on there and for Alli to get out with a swap deal to Real Madrid is a no-brainer. He’d do better at Real Madrid than he would at Spurs.’

It comes with Alli, 24, potentially on his way to Real Madrid as part of the deal that could see Bale return to north London.

Chairman Daniel Levy led high-level discussions on Tuesday with the result that Spurs are in pole position – ahead of Manchester United – to sign the Welsh star. 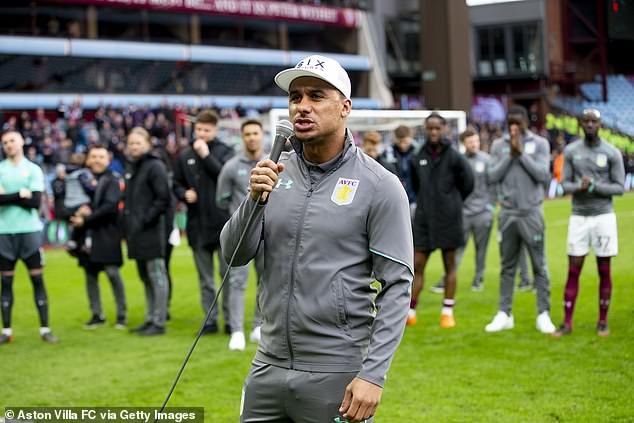 Sportsmail reported that Real will agree to pay in excess of 50 per cent of Bale’s astronomical wages of up to £500,000-a-week in order to facilitate the deal.

Tottenham are believed to have explored a loan or a permanent deal, which could include a swap for one of the club’s premium first-team players, such as Alli, for Bale.

Alli has struggled to make an impression since Mourinho took charge of the club and the new Amazon documentary about the club reveals the manager has repeatedly questioned Alli’s attitude.

Mourinho claimed Alli ‘doesn’t train well’ and is ‘lazy’ in one of the episodes of ‘All of Nothing: Tottenham Hotspur’ and questioned his ‘party boy’ lifestyle. 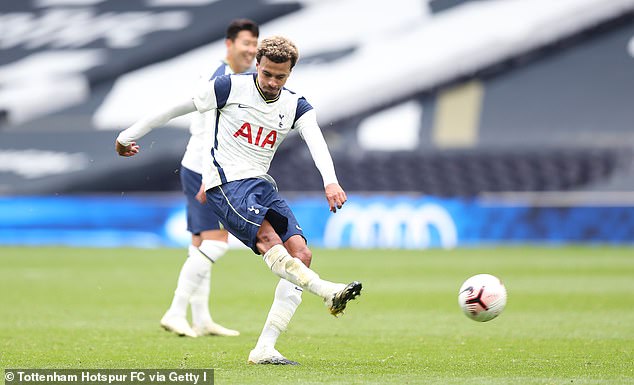 Alli could be used as a makeweight in the deal, such is Tottenham’s desire for Bale

He said: ‘I feel if they don’t get a striker and get off to a bad start, I can see Mourinho walking or getting the sack.

‘He is used to spending money. He is not used to begging for a striker.’

Spurs travel to Bulgaria on Thursday for their first Europa League qualifier against Lokomotiv Plovdiv.