Home » Soccer » 'A worry!' Paul Scholes names the one player Man Utd could struggle without 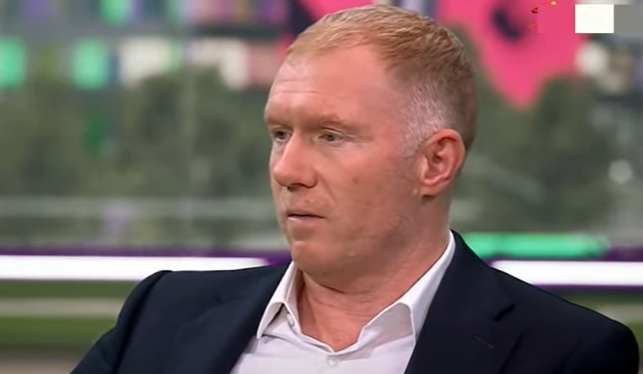 The Red Devils moved to within three points of the Premier League summit following Sunday’s 3-1 win over Arsenal at Old Trafford.

United were second best for large periods of an absorbing contest but, after soaking up a prolonged period of second half pressure, secured all three points by striking twice on the counter attack through Marcus Rashford.

Central to keeping the Gunners at bay was Martinez, the summer signing from Ajax who is quickly dispelling concerns over his lack of height.

Former Liverpool defender Jamie Carragher has been particularly vocal in his opinion that the Argentina international would struggle to adapt to English football, but Martinez gave his critics yet more food for thought on Sunday.

Alongside Raphael Varane, Martinez produced another assured performance before he was substituted with 10 minutes remaining.

His replacement, club captain Harry Maguire, was booked almost immediately for a clumsy foul on Gabriel Jesus and Scholes believes it would be a ‘worry’ if Martinez were absent for any lengthy period of time.

He said: ‘I go back to possession where Mikel Arteta’s saying he’s in control of the game with his interview there. It doesn’t matter.

‘There are so many teams in these big games where they come away from Old Trafford a lot of times in big games wondering how have we not won, we’ve played great.

‘Having that solid back four now is helping them. Martinez coming out of that might be a worry going forward.’