Mohamed Salah’s cross was met by new star striker Darwin Nunez who’s header then struck the arm of City defender Ruben Dias as he tried to intercept the ball.

Nunez’s header looked to be heading off target and out of play prior to Dias’ interception but referee Craig Pawson pointed to the penalty spot.

Salah scored from the spot to reinstate Liverpool’s early lead before Nunez then scored late to seal Liverpool’s victory. 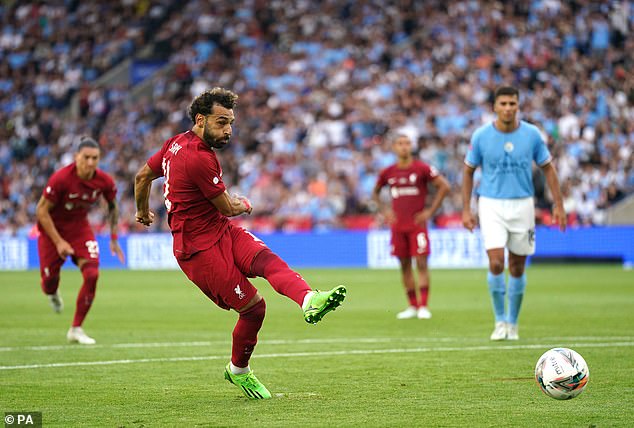 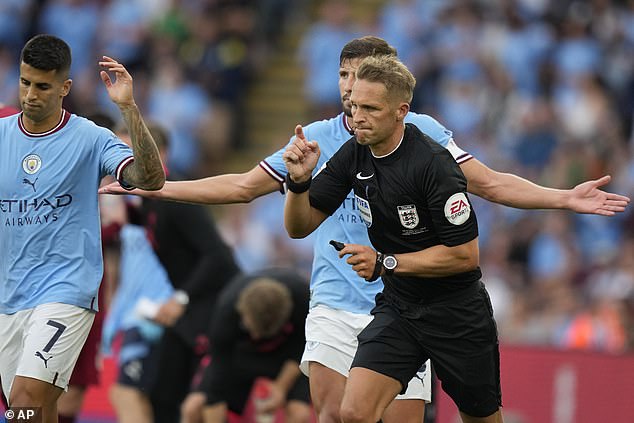 City fans took to social media too vent their frustration with some demanding a change in the handball law prior to the start of the new Premier League season.

The law states that handball will be given if ‘a player is considered to have made their body unnaturally bigger when the position of their hand/arm is not a consequence of, or justifiable by, the player’s body movement for that specific situation.

One fan insisted that Nunez’s initial header was going well wide, while another user called the handball rule a ‘complete car crash’.

Others suggested Jurgen Klopp’s side always get decisions in their favour by referees stating that ‘Liverpool get decisions every single week’.

Another questioned why officials had chosen not to review Joel Matip’s questionable handball action but had been quick to review the incident involving Dias.

Some Man City supporters tried to offer a more diplomatic answer as to why handball had been given in the pre-season cup clash.

There was the suggestion that Dias had to raise his arm in order to lift his legs off the floor as he propelled himself into the air to block the header from a Salah cross.

And there was also a strong call from one fan for more ‘common sense’ to be used in decision making as Pep Guardiola’s City side suffered defeat at the King Power stadium.

Title holders Manchester City will get their Premier League season underway away to West Ham United on Sunday August 7 while Liverpool travel to Fulham on Saturday August 6.