International tournaments are the perfect opportunity for players to put themselves on display for the world to see and Euro 2020 will be no different. With the summer transfer window opening on July 1, Premier League clubs will no doubt be watching closely for the best talent to snap up this summer. 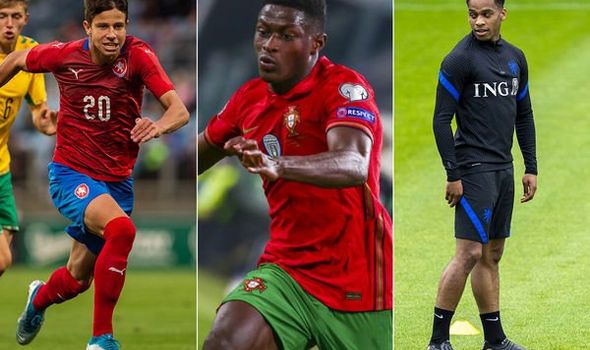 Europe’s elite clubs all have a network of scouts operating covering Europe and the rest of the world in search of the best talent.

But the opportunity to see the best players compete against each other at the top level is not one to be missed.

While there are dozens of hugely talented prospects turning out at the Under-21 European Championships in Slovenia, only the creme de la creme will be included in the senior competition.

The usual names will around be familiar to those clubs, but Euro 2020 represents an opportunity for the lesser known potential stars to put themselves in the shop window.

Christian Eriksen has held the torch of Denmark’s star for the best part of a decade, but perhaps his successor has finally been found in Mikkel Damsgaard.

The youngster was spotted in the Superliga playing for FC Nordsjaelland before Sampdoria swooped to sign him in a £6m deal last summer.

While he hasn’t been a regular under Samp boss Claudio Ranieri, the 20-year-old has made 37 appearances in all competitions for the Italian outfit this season, scoring two goals and registering four assists. 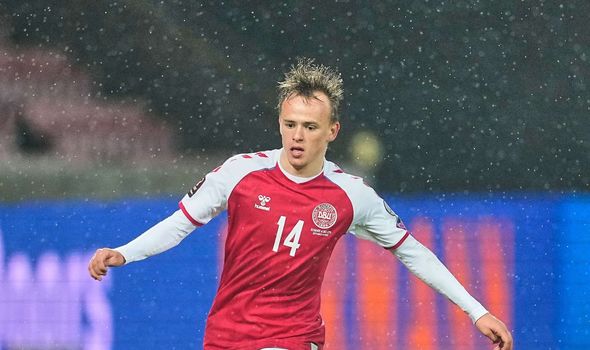 Damsgaard is a left-winger but is predominantly right-footed, meaning he likes to operate in central areas and is capable of hitting the target from long-range.

After being handed his first call-up to the Denmark senior squad in March, Damsgaard made an immediate impression with two goals and two assists on his debut in the 8-0 thumping of Moldova.

He could represent a low-cost option for a top-six club this summer if they are operating on a tight budget, with Leeds and West Ham both reportedly interested in the attacker.

If things had turned out differently, Gvardiol could have been part of Leeds’ impressive season back in the Premier League.

Marcelo Bielsa had earmarked the promising centre-back as one for the future and the club agreed a fee with Dinamo Zagreb.

However, the 19-year-old opted to move to RB Leipzig for a record fee before being loaned back to the Croatian club.

Gvardiol has the look of a modern-day centre-back, with an abundance of pace and a strong frame to win aerial duels at the back. 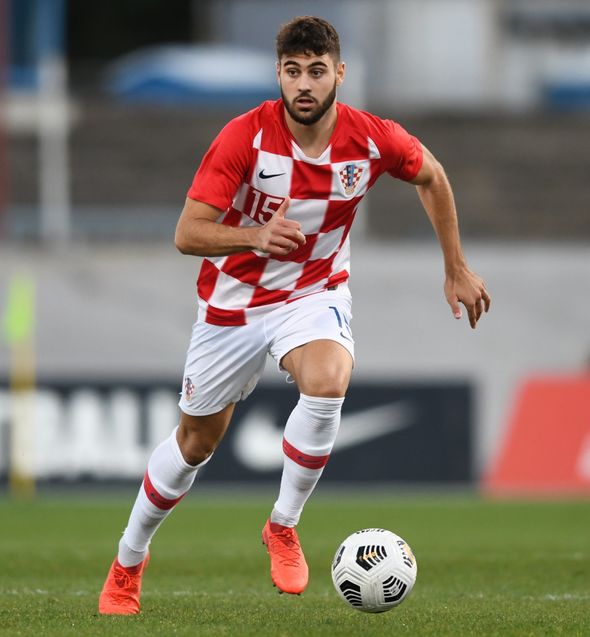 He also likes to pass out from the back, which goes some way to suggesting why Bielsa and Julian Nagelsmann were interested in the defender.

He was part of the Dinamo team that knocked out Tottenham in the Europa League last-16 knockout round and there is excitement that Gvardiol could grow to become one of Croatia’s greatest defenders.

Leipzig have been known for their development of young players before selling them on for a healthy profit.

And Gvardiol could be the next to follow Dayot Upamecano and Timo Werner out of the club if he impresses for the 2018 World Cup finalists. 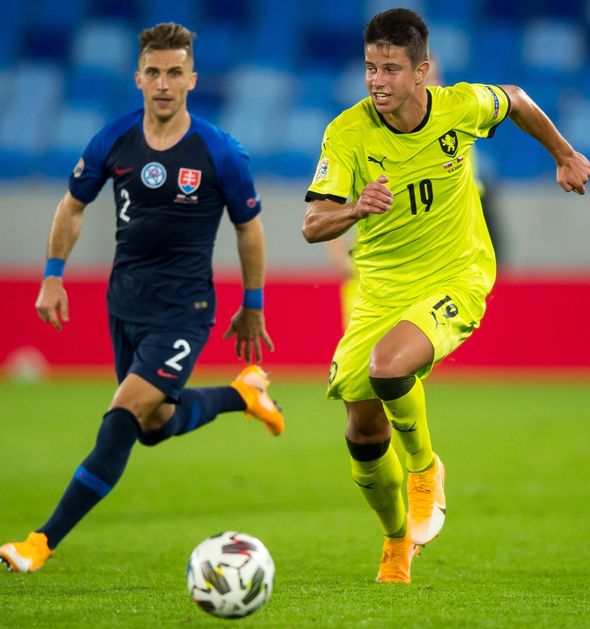 Hlozek could become the youngest player not named Jude Bellingham to feature at Euro 2020 this summer after being called up to Czech Republic’s senior squad.

The 18-year-old has been in devastating form for Sparta Prague this season and tops the goalscoring charts in the Fortuna Liga with 15 goals in just 19 appearances.

But it is his stunning goalscoring displays which are winning him fans across Europe, including his four-goal heroics in the 6-1 victory in over Brno in May.

Hlozek has been hailed as the nation’s biggest talent since the days of Tomas Rosicky and Pavel Nedved after making his professional debut aged 16 and it is little surprise that he has admirers from Europe’s top clubs.

West Ham have been keen to snap up the best Czech talent and reports suggest Hlozek is next on their shopping list, while Arsenal and Everton are thought to be keeping a close eye on the starlet.

With Czech Republic one of England’s group stage opponents, Hlozek will be eager to put on a show for the scouts and managers in attendance. 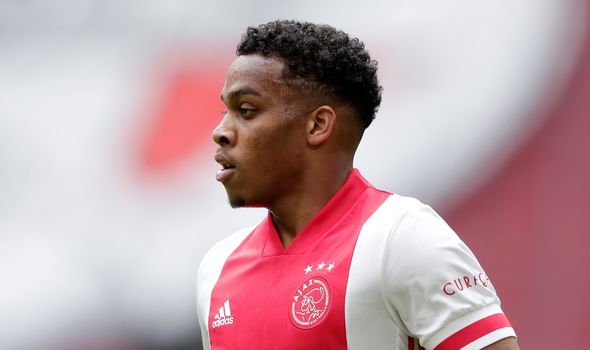 Ajax’s famed academy can add another name to its long list of Netherlands internationals after Jurrien Timber was a shock inclusion in Frank De Boer’s final squad list.

The 19-year-old — whose twin brother Quinten plays for FC Utrecht — has broken into the Ajax first team with 16 starts in the Eredivisie and has received glowing praise from coach Erik ten Hag.

His surname is somewhat misleading, given Timber is a slender central defender standing at only 5’10. Yet he appears to have the technical skills to slot comfortably into the senior side.

Netherlands boss De Boer made the surprise decision to hand Timber a spot in his final 26-man squad for Euro 2020 despite the fact he is uncapped.

With Virgil van Dijk ruled out with injury, it might be time for the youngster to show that he can fill the Liverpool star’s boots this summer. 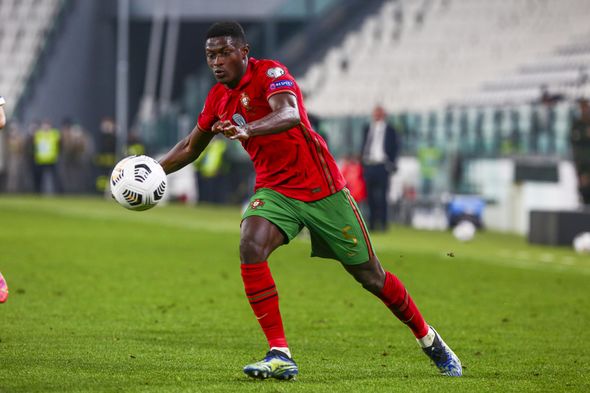 The daunting prospect of being courted by Manchester United does not seem to have fazed Sporting Lisbon starlet Nuno Mendes.

The teenager, who turns 19 during the Euros, has been drafted into the squad after an incredible breakthrough season at Sporting Lisbon where he made 35 appearances.

His explosive pace and eye-catching displays at left-back for the Portuguese outfit have not gone unnoticed and the Primeira Liga side tied him down to a new contract containing a £61m release clause.

He has already won three caps for his country after impressing manager Fernando Santos, while United could face competition from Manchester City and Chelsea for the youngster.

It seems that Mendes’ future won’t be resolved until after the tournament, with the player refusing to be drawn on speculation and insisting he is “focused” on Portugal.