Having been mocked for costing Leeds more than Manchester United paid for Cristiano Ronaldo, Dan James was entitled to celebrate a start and a win on Saturday, something that eluded his replacement at Old Trafford.

Marcelo Bielsa spent more than two years trying to bring the lightning winger to Elland Road and this was his first full dividend as Leeds claimed their maiden victory of the season more convincingly than the scoreline suggested.

In torrential rain, James was unplayable as he ran at a terrified Watford defence. On one occasion, Kiko Femenia was booked after grabbing the Wales forward rugby-style around the waist. James should also have been awarded a penalty when felled by William Troost-Ekong. 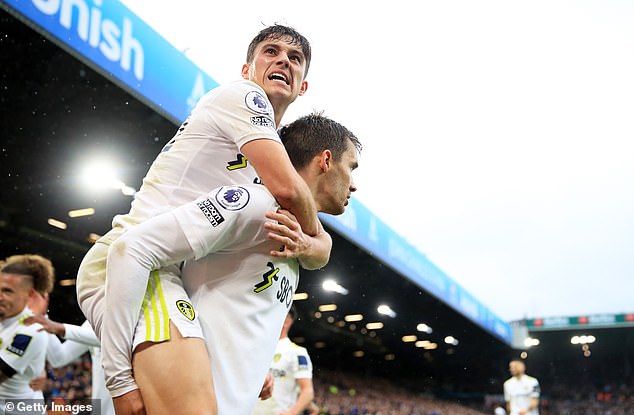 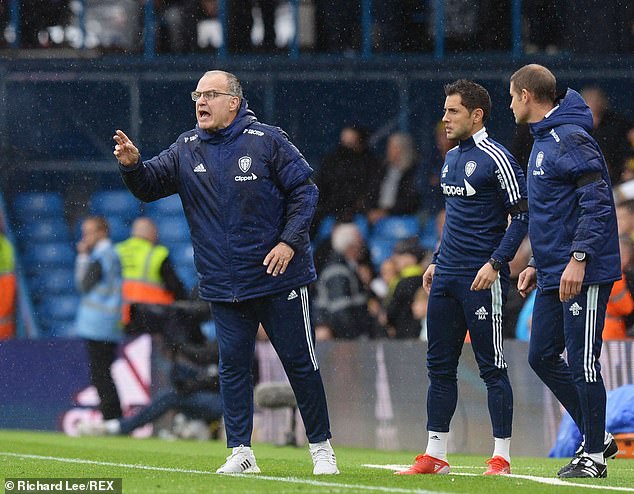 The £25million price tag didn’t look a burden to the 23-year-old and Leeds seemed more like their old selves as Diego Llorente’s early goal saw them escape the relegation places.

Bielsa’s team had 20 attempts on goal despite Patrick Bamford’s absence through injury. Their only scare came in the second half when a Watford equaliser was ruled out for a foul by Christian Kabasele. Bielsa rarely lavishes praise but was prepared to make an exception for James.

‘Every time he plays, he plays better than the previous game,’ said the manager. ‘He shows the resources and qualities we know he has. He is going to make a special contribution to our team. 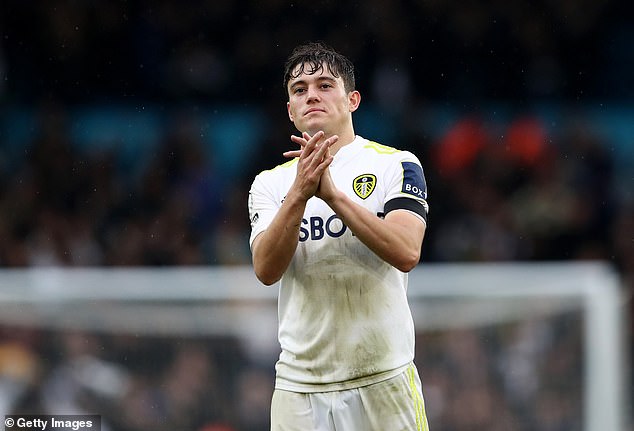 ‘We have three players very close to each other (Raphinha, James and Jack Harrison).’

This was Watford’s poorest performance since promotion with their Xisco Munoz declaring himself ‘sad and disappointed’ by their showing in the first half. The manager will have been even more sad and disappointed on Sunday when he became the latest boss to be shown the door at Vicarage Road.

Goalkeeper Ben Foster has seen most things at 38 and won’t let one below-par afternoon define a season, though Watford will have to improve in a fortnight when they face Liverpool.

‘I don’t think you can judge it solely on this game,’ said Foster. ‘We had been very competitive before, which is a promising sign.