Antony has added a new dimension to Man United’s attack, Ivan Toney has moved into contention for an England call-up and Brendan Rodgers is on the brink… 10 THINGS WE LEARNED from the latest round of Premier League action

The Premier League table is starting to take shape, as the sixth round of fixtures has been completed with Arsenal still in control, despite losing to the in-form Manchester United.

Title favourites Manchester City were held to a 1-1 draw by strugglers Aston Villa as a tired Liverpool played out a goalless draw with rivals Everton in the Merseyside derby.

The matches were perhaps overshadowed by more VAR controversy once again as certain players, including Ivan Toney and Erling Haaland remain among the goals.

Here, Sportsmail dissects the key talking points from another gripping round of action in the Premier League. The £85million signing made an instant impact for Erik ten Hag’s United with bundles of skill on display.

The Brazilian marked his debut with a composed finish to put United ahead in the 35th minute.

It was about way more than that though, as although Marcus Rashford stole the headlines with his brace, the new signing added a new dynamic to the front three that included Jadon Sancho, Rashford and Antony.

One significant moment was when the former Ajax star was backed up against the touchline by two Arsenal defenders and with seemingly nowhere to turn, Antony left his markers bewildered with a sublime backheel that picked out Diogo Dalot.

That was just one of his moments of magic during the match as United sealed a 3-1 victory over Arsenal as they continue to fire themselves up the Premier League table. 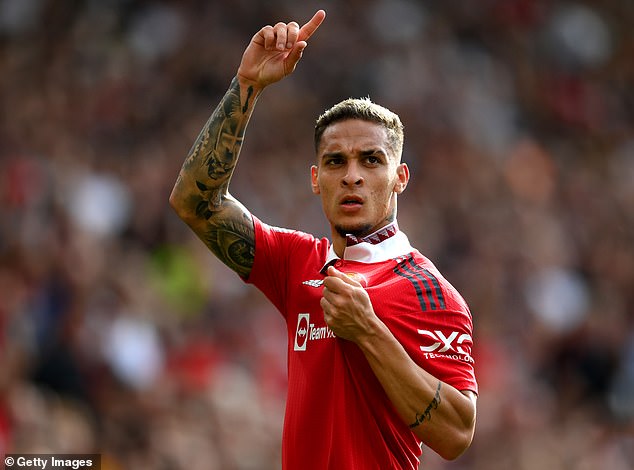 2. Is Haaland going to break the Premier League goals record?

What a start to the Premier League season it has been for Manchester City’s £51million striker Erling Haaland.

Although it was only a 1-1 draw with Aston Villa for the Premier League champions, it was of course Haaland who got on the scoresheet once again.

The 22-year-old has taken his tally up to 10 goals in just six league matches and the questions is now whether or not he can maintain this form to break the Premier League goals record.

Haaland, has 32 more matches to bag 23 more goals to break that record, and his track record so far suggests he can do just that. 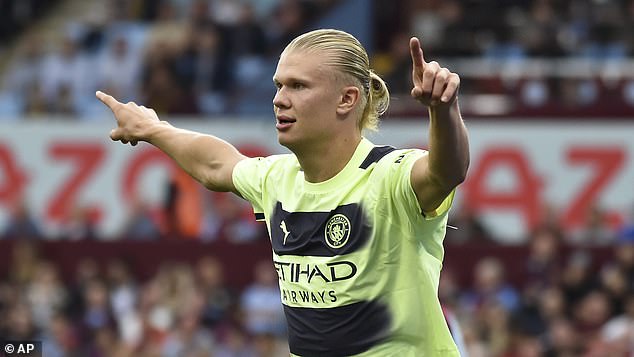 3. Ivan Toney in contention for an England call-up

Ivan Toney must be catching Gareth Southgate’s eye with his performances so far this season, especially his latest display, as he notched an impressive hat-trick in Brentford’s 5-2 victory over Leeds United.

The uncapped striker is in fine form, netting five times and picking up two assists in six Premier League appearances so far this season.

Toney’s outstanding performance on Saturday included a penalty, a curled effort from 20 yards and a chip from distance.

In terms of English strikers, he is the third top scorer since August 2021 just behind Harry Kane and Tammy Abraham.

If he continue this form, you’d expect the 26-year-old to be given the nod by the Three Lions. 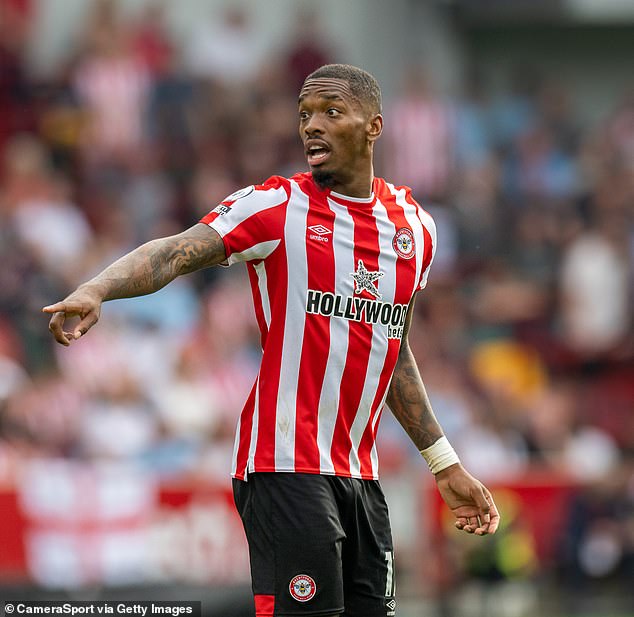 Jurgen Klopp’s Liverpool are short of options with so many injuries amongst the squad and it is really starting to show as they looked tired in their 0-0 draw with Everton in the Merseyside derby.

Mohamed Salah, Luis Diaz, and Darwin Nunez all hit the woodwork and on another day they could have snatched the win.

Overall, a draw was a fair result with Frank Lampard’s Toffees putting in a solid display, while the Reds struggled to control the match from midfield.

Youngsters Fabio Carvalho and Harvey Elliott were both deployed in midfield with options short in that area of the pitch.

The Reds are currently without the likes of Thiago Alcantara, Diogo Jota, Ibrahima Konate, Jordan Henderson, Naby Keita and Joel Matip, and they have won just two of their opening six games. 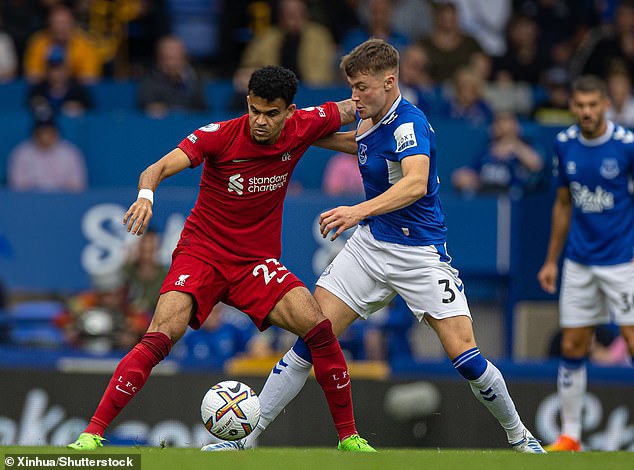 5. Does Richarlison deserve a regular starting spot at Tottenham?

Richarlison made his first start of the season for Tottenham and has given Antonio Conte plenty to think about.

The Brazilian added intensity and energy into the team. In possession, he drives into dangerous areas of the pitch and links up well with Harry Kane. Out of possession, he almost plays like a gritty box-to-box midfielder.

The former Everton forward also takes the hard-nosed part of the game to an entirely different level.

He has made a major impact in every match off the bench and has now proved that he can do it from the start.

It could now be a nice headache for Conte to have with the Brazilian looking almost certain to potentially dislodge either Dejan Kulusevski or Son Heung-min from the starting line-up. 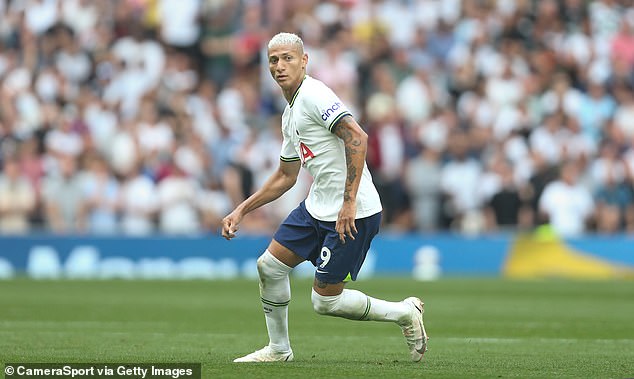 6. Brendan Rodgers is on the brink

Leicester suffered a fifth successive Premier League defeat with their 5-2 mauling at Brighton and they remain rooted to the bottom of the table with just one point this season after six matches.

The Foxes, who went against the odds to win the league as recently as 2016, are in some early season trouble and the match at the Amex showed signs of it only getting worse.

Pressure will now be mounting on boss Brendan Rodgers to turn things around urgently, although there seems to be plenty more to it, given the financial restraints in place at the club.

Leicester have lost key figures Kasper Schmeichel and Wesley Fofana this summer and have not been able to freshen up the squad.

Goalkeeper Alex Smithies was signed on a free and the club only spent money for the first time on deadline day as Belgian centre-back Wout Faes arrived for £15million. Either way Rodgers now has significant pressure on him. 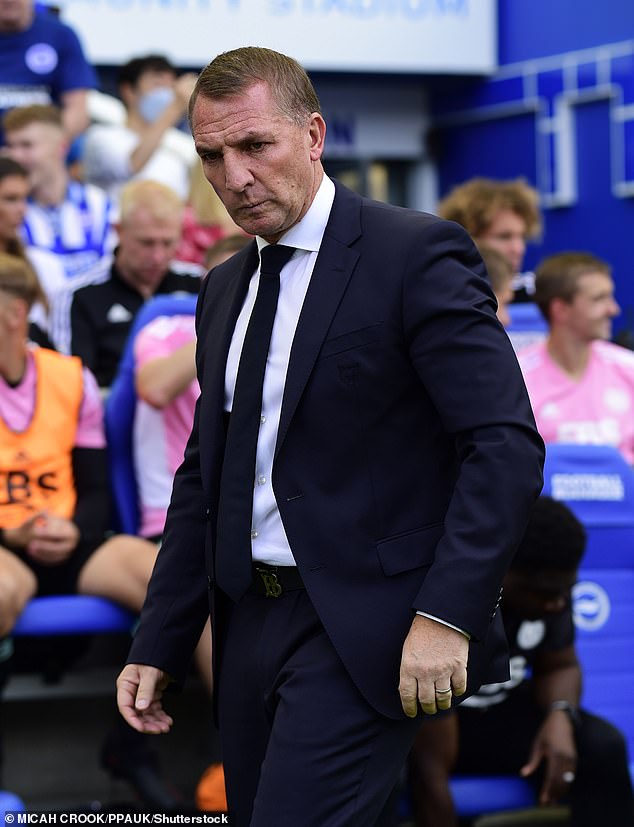 VAR was once again at the forefront of the weekend’s controversy with plenty of matches being effected, one in particular being West Ham’s equaliser against Chelsea being chalked off.

The moment came when Reece James’ misguided header back to Edouard Mendy sold the Blues goalkeeper short and he collided with Jarrod Bowen, who appeared to leave his foot in and drag it over the Senegalese’s torso.

Mendy was then seen writhing in pain on the ground while play continued and Maxwel Cornet found the back of the net.

But while West Ham celebrated, Madley was told by VAR official Jared Gillett to visit the pitch side monitor to review the goal and after some consideration disallowed the strike.

Hammers boss David Moyes and captain Declan Rice did not hold back with their comments after the decision was made, and the Premier League’s refereeing body, PGMOL have since admitted the goal should not have been disallowed. 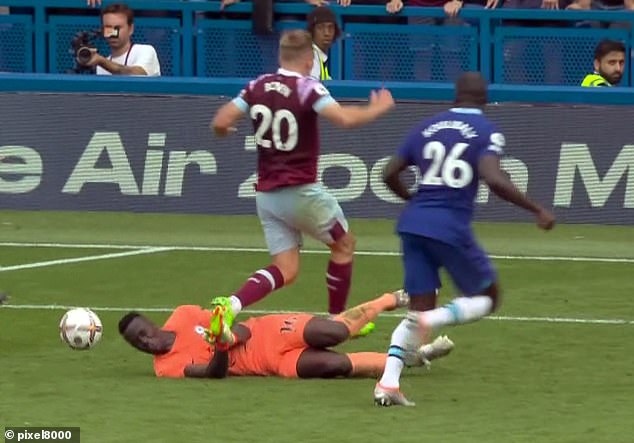 8. Forest being taught a lesson after summer spending spree

Fans have been celebrating the exciting £163million summer spending spree, but the side’s on-pitch efforts must improve.

Forest surrendered a 2-0 half-time lead to lose 3-2 to fellow strugglers Bournemouth on Saturday – showing plenty more work will be required to avoid a return ticket to the Championship.

It was a fourth defeat for Steve Cooper’s side in their opening six top-flight fixtures – therefore he needs to find his best starting line-up quickly to ensure they don’t end up chasing the pack.

The latest defeat could come back to bite them with the Cherries expected to be down near the bottom much like Forest come the end of the season. 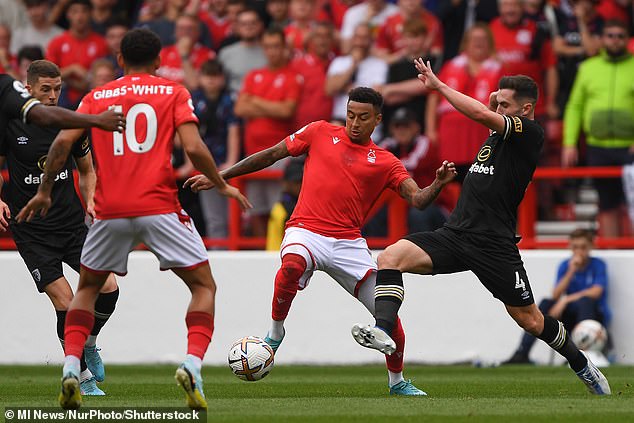 9. A mixed day for Wolves

Wolves finally picked up their first victory of the season, despite playing some good football in the early stages of the new Premier League campaign.

Bruno Lage’s side dug deep and worked as hard as ever to seal a narrow 1-0 victory over Southampton on Saturday. It wasn’t all rosy, however, as they lost new £15million signing Sasa Kalajdzic to injury on his debut.

The Austrian striker is facing an extended spell on the sidelines after suffering an anterior cruciate ligament injury.

The former Stuttgart man came off at half-time on his debut complaining of pain in his knee.

Wolves could now turn to former Chelsea striker Diego Costa – who is currently a free agent – to bolster their options up front. 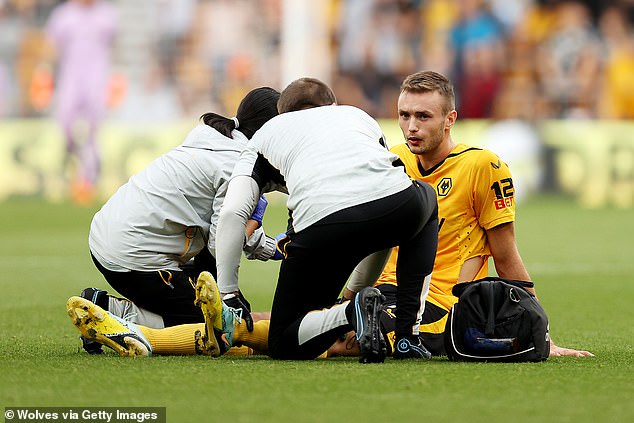 Newcastle United have set an extremely high standard under the new owners and boss Eddie Howe, which everyone has now come to expect.

The Magpies have shown real quality so far this campaign, much like they did down the stretch season, with some high-class players coming into the squad in the last two transfer windows.

Howe’s side perhaps still lack a bit of depth compared to the top Premier League teams, though, as they were missing the likes of Allan Saint-Maximin, Jonjo Shelvey, Callum Wilson, Bruno Guimaraes and Emil Krafth for the goalless draw with Palace.

The performance, starting line-up and substitute bench seemed more sub-par than it has since the new era in the North East began.

January will probably see Newcastle add more strength and depth as they continue to push forward with their ambitious plans – although Elliot Anderson impressed as he featured off the bench. 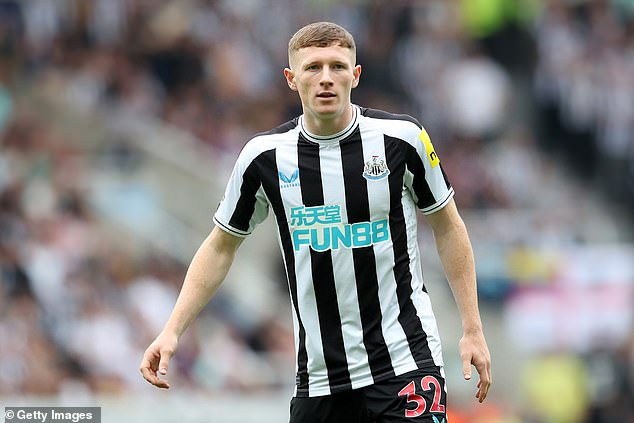