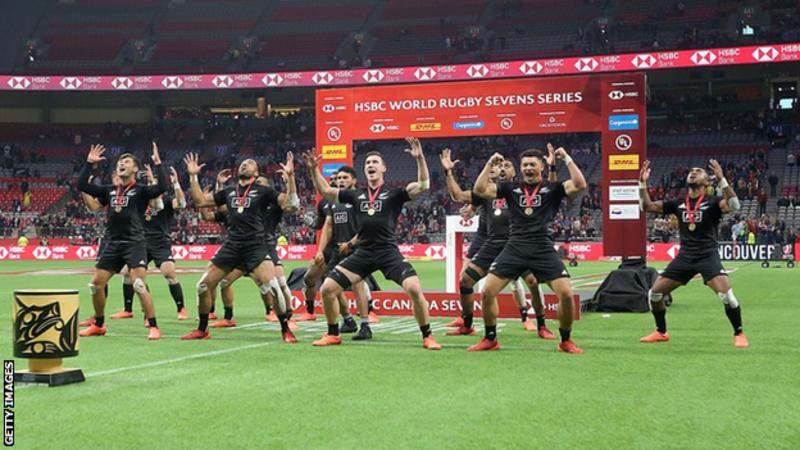 New Zealand have been awarded the men’s and women’s World Sevens Series titles after the cancellation of the remaining rounds amid the coronavirus pandemic.

The All Blacks won three of six men’s rounds, with London, Paris, Singapore and Hong Kong tournaments called off.

The Black Ferns won four of the five completed rounds of the women’s series, but legs in Langford, Paris and Hong Kong have been cancelled.

England finished fifth in the men’s standings, and eighth in the women’s.

“While it is very disappointing for players, fans, organisers and everyone involved to have to cancel these events due to the global Covid-19 pandemic, the health and wellbeing of the rugby community and wider society remains the number one priority,” said World Rugby chairman Sir Bill Beaumont.

“Rugby sevens is a key driver of global growth for our sport, particularly in emerging nations, and it firmly remains a top priority for our organisation. As we begin to see light at the end of the tunnel, 2021 has potential to be a very exciting year for rugby sevens with the Tokyo Olympic Games on the horizon.”