Multi-millionaire Warriors owner Mark Robinson has no regrets watching Matt Lodge star for the Roosters – even though his whopping $700,000 mid-season payout still sits in the club’s salary cap – and would love to see him win a premiership.

You can only wonder how Warriors fans feel watching Lodge play a key role in the Roosters’ late-season success after his well-publicised falling-out with Robinson and golden handshake that will remain on the books until the end of the 2023 season.

Lodge has been outstanding for the Bondi club, forged a fantastic combination with Jared Waerea-Hargreaves, and even entered the Kangaroos’ World Cup conversation.

Gold Coast-based club owner Robinson was involved in a heated argument with Lodge before Christmas, and told News Corp earlier this year it was a case of “two alpha males in a pub” getting heated.

“There was no push and shove or yelling and screaming; two days later we shook hands and moved on, but it never came right,” Robinson said.

“Plus, he didn’t want to come back to New Zealand next year. He was unhappy, so I bought him out of his option for next year and we parted ways.” 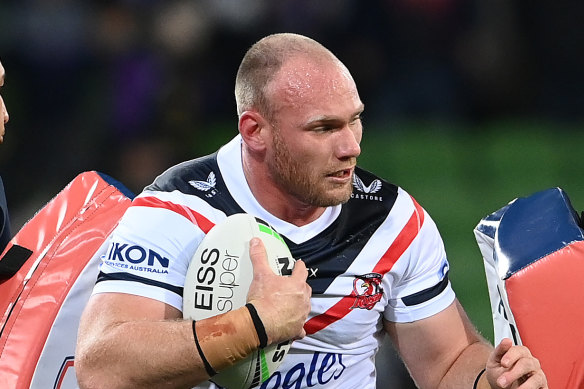 Lodge exited the Warriors with Robinson’s blessing and cash, only for the Roosters to throw him a $100,000 lifeline for the remainder of the year.

“We never really fell out, I wish him [Lodge] all the best, he’s a good bloke and a good player,” Robinson told the Herald.

“Everyone gets a break every now and then. All the best to him. 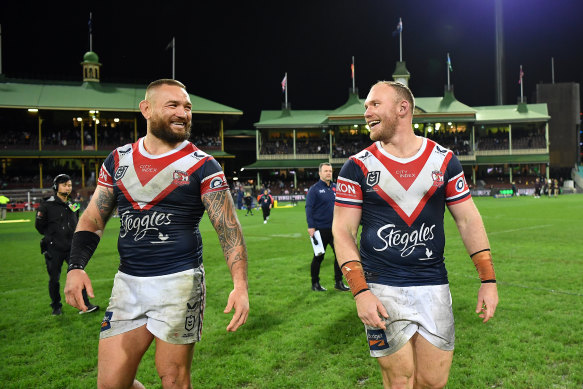 “If he wins a comp with the Roosters, I will think that’s fantastic.

“Someone has given him an opportunity, he’s proving to them he deserves it, and I think that’s great.

“There are no regrets either way. He’s a good bloke. It just didn’t work for us.”

Lodge has not lost any admirers within the Warriors’ playing group with Reece Walsh hoping he can win a title and then force his way into the Australian side for the World Cup.

“I’m proud of Lodgey, he helped me through the pre-season, and I think Mal [Meninga] should be picking him for the Australian team,” Walsh said.

Roosters skipper James Tedesco has reunited with Lodge after playing alongside him at Wests Tigers.

“I think he has exceeded the expectations of a lot of boys here who didn’t know him,” he said. “I think they are pleasantly surprised at how good a player he is. I know he is a great player. He probably wasn’t seen as much at the Warriors and the Broncos because he was in struggling teams.”

Souths coach Jason Demetriou also worked with Lodge at the Broncos and said the 27-year-old was a big body with a big football brain.

“I’ve been happy for Lodgey, he’s done a lot of work on himself a few years ago to get back playing the game … he’s a very good footballer who is starting to show that in a very good side that he’s made a big difference to,” Demetriou said.

Lodge will need to take on an even bigger role now Queensland Origin prop Lindsay Collins will be sidelined through suspension for the next month.